Like my grandfather used to say, “If you’re not 10 minutes early, you’re late.” I had punctuality engrained in me from an early age. So much so that I will have a full blown panic attack if I even think I’m going to be late for something. While this has helped me with jobs and deadlines, it did not prepare me for dealing with the other 98% of people I’d meet who for whatever reason simply cannot show up on time for anything. I think we all have at least one friend we have to tell dinner starts at 7 when it actually starts at 8, just so they’ll show up only a little late. Okay, thanks for reading my rant. Oh, and if you’re one of these unapologetically late people, please, for the love of god, get your f*cking sh*t together.

You know what's even worse? When you work and have class right after so no matter what, every time you're late to class it looks like you stopped to get starbucks but you wanna be like oh no professor I work at Starbucks and made this drink for myself when I got off and I'm not late because i stopped to get coffee I'm just late bc that's just the way I am #BaristaLife

everyone: why were you late
me: wow traffic was insane I am literally so sorry
also me: pic.twitter.com/a6J0CAKhr2 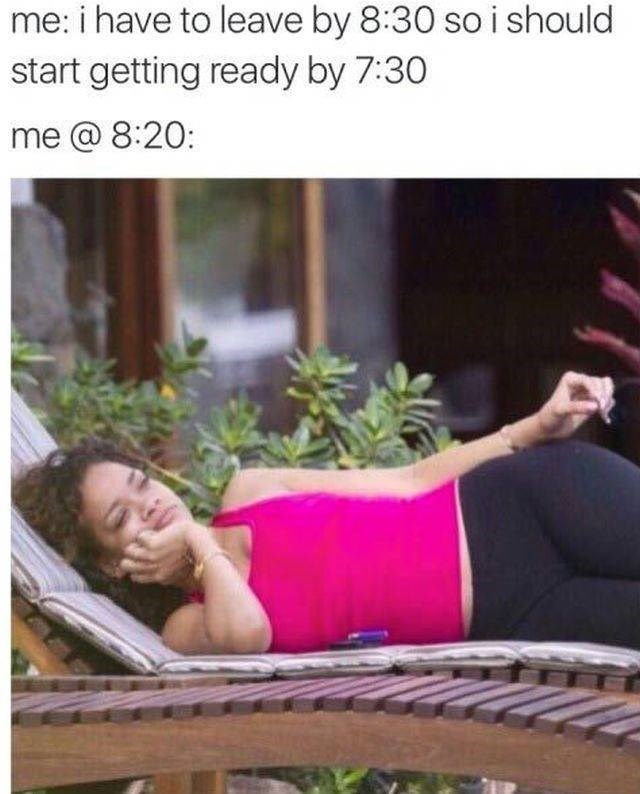 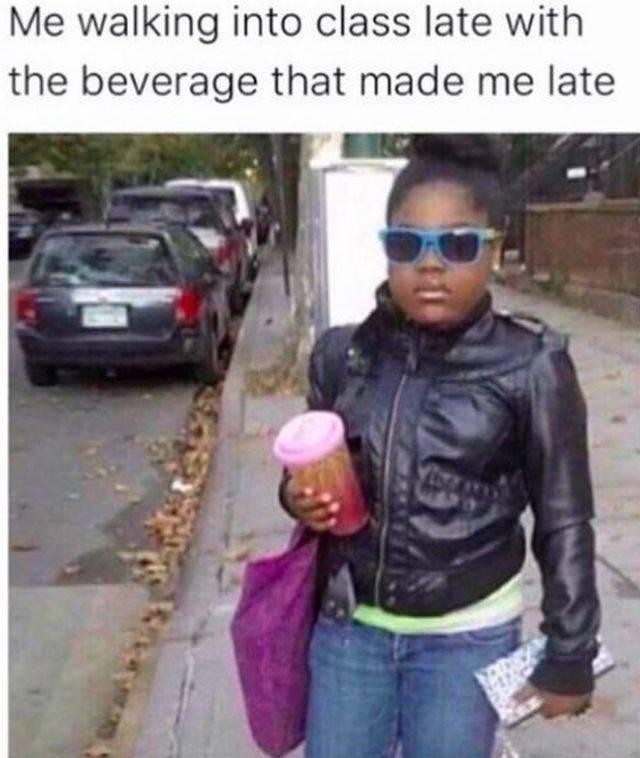 friends: we're here where are you
me: I'm on my way
me: pic.twitter.com/rdbIFUBTU8

friend: ill be there in 5 mins! U ready?
Me: pic.twitter.com/Q8kNR8PfW0

Is it Friday yet?

when u set 20 alarms in the morning and sleep through all of them and are late to everything pic.twitter.com/VnbyxQW2fW

Other me makes a great point 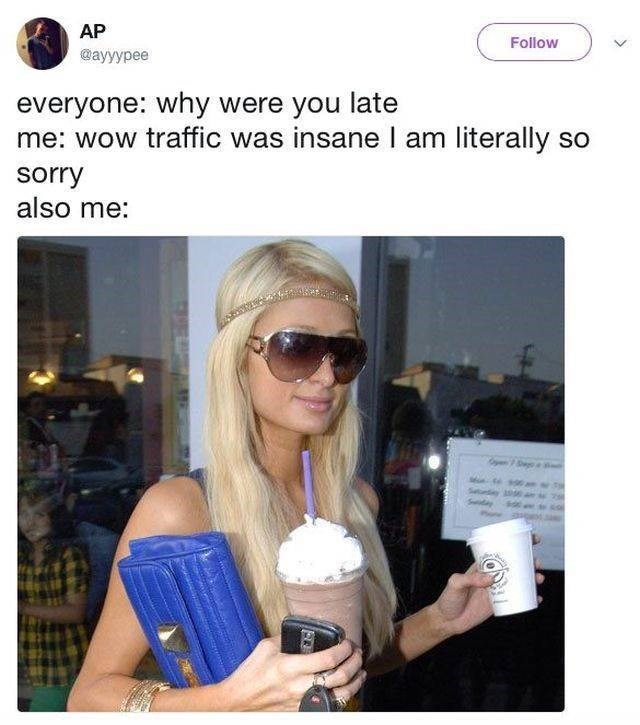 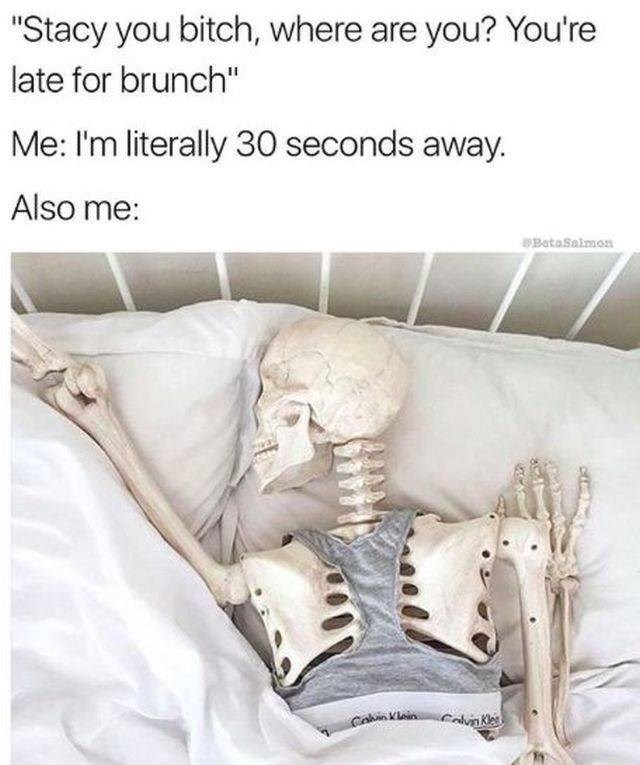 When you hit snooze 80 times and now you’ve got 3 minutes to leave the house pic.twitter.com/WFHSSKOPNG 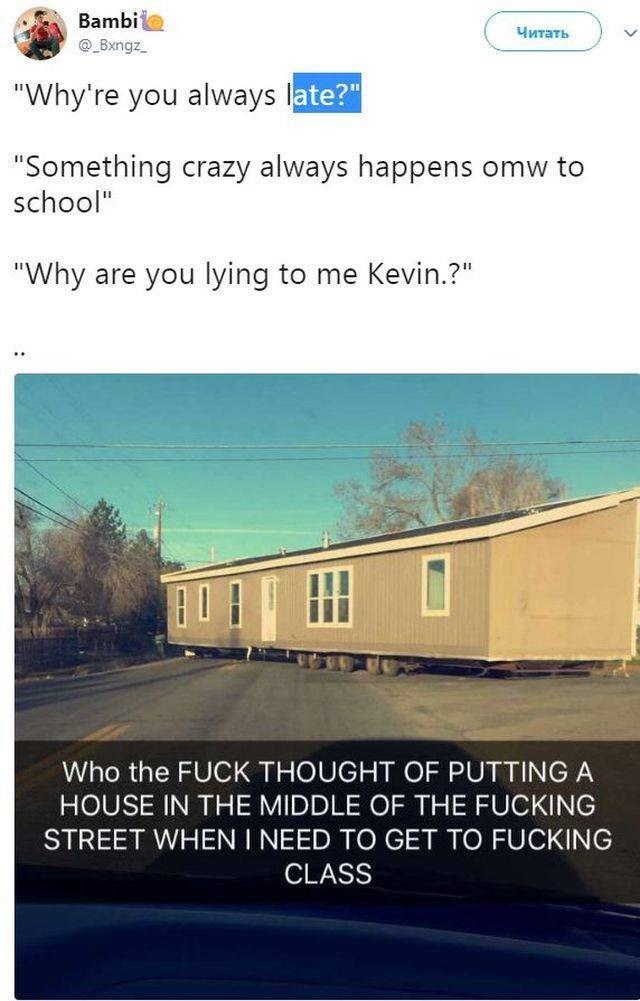 friends: I'm on my way
Me: okay, let me know when you're here
…
Friend: here 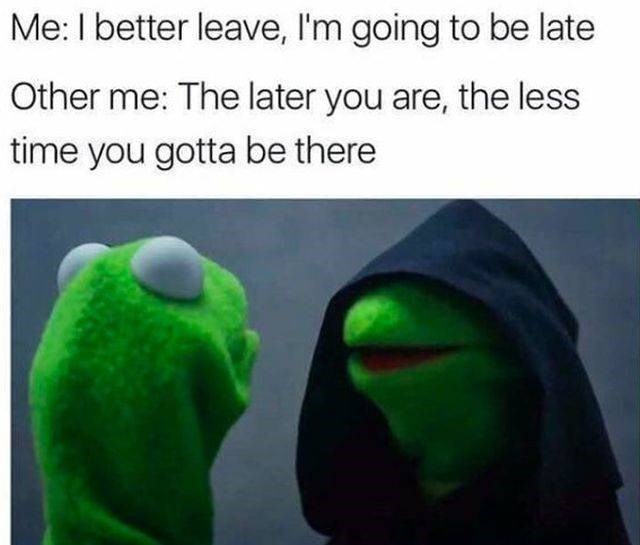 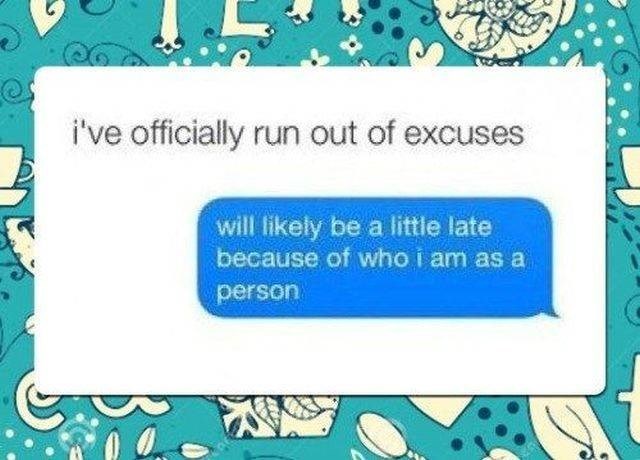