I gotta be honest here, I’m not the biggest Grey’s fan. In fact, I’ve seen a total of 1 episode, in which there were a bunch of people all impaled on the same pole somehow, and they tried to get them off. I’m pretty sure most of them died.

Aaaaand that’s the sum total of my Grey’s Anatomy knowledge! But let me tell you, there are some hardcore fans out there – I know because I went out looking for these memes for you. But how did I know the best memes, you ask?! Well, as an internet person, after a while you just know. Call it, internet-tuition. And though I didn’t always totally understand the references, it’s pretty obvious that the show is one of the most dramatic on television (I do love How to Get Away With Murder, so I’m familiar with the whole Shonda Rhimes murdering beloved characters thing).

Anyway, for those of you who are serious about your Grey’s, these are for you. For the rest of you…well, I mean, I felt my way through. I’m guessing you can too. 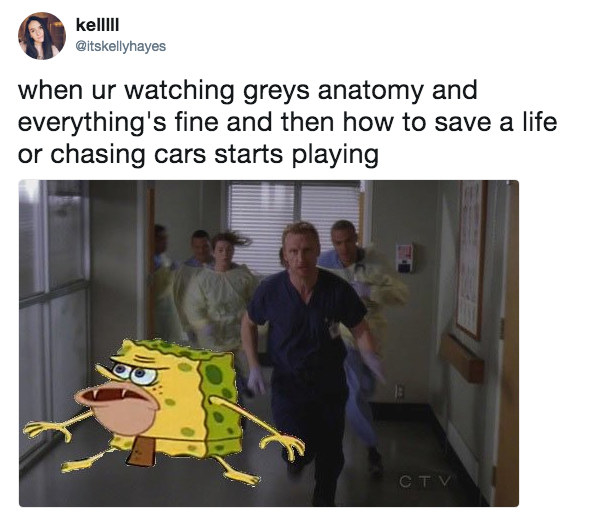 33. When the creator loves to torment the audience. 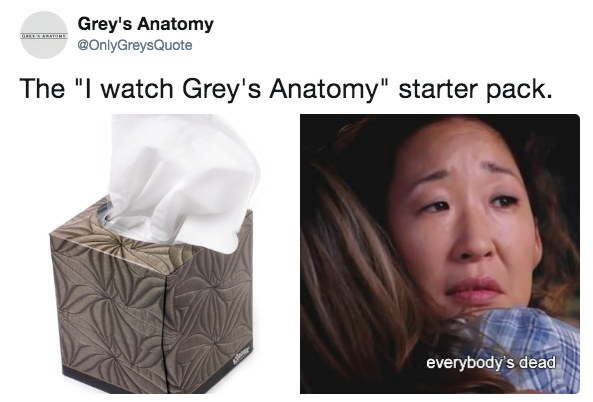 31. When the show becomes life. 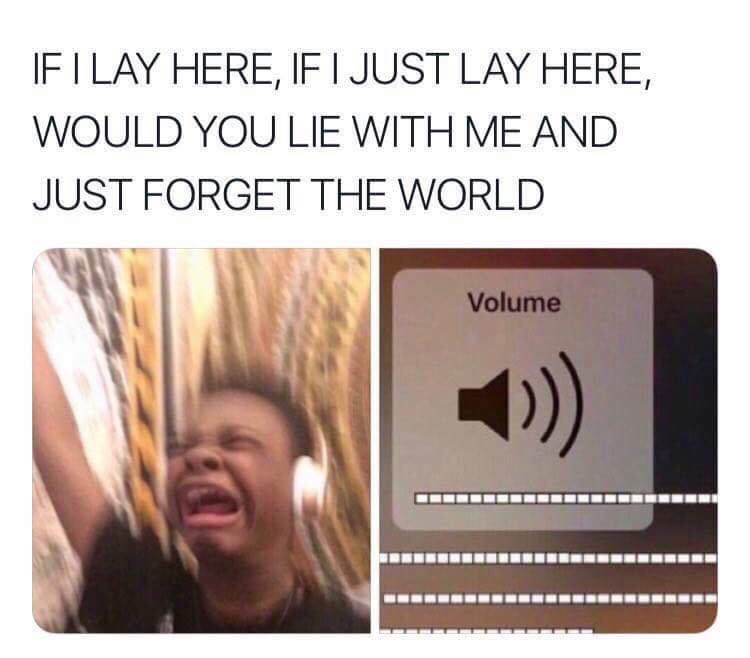 30. When the thoughts just won’t stay in. 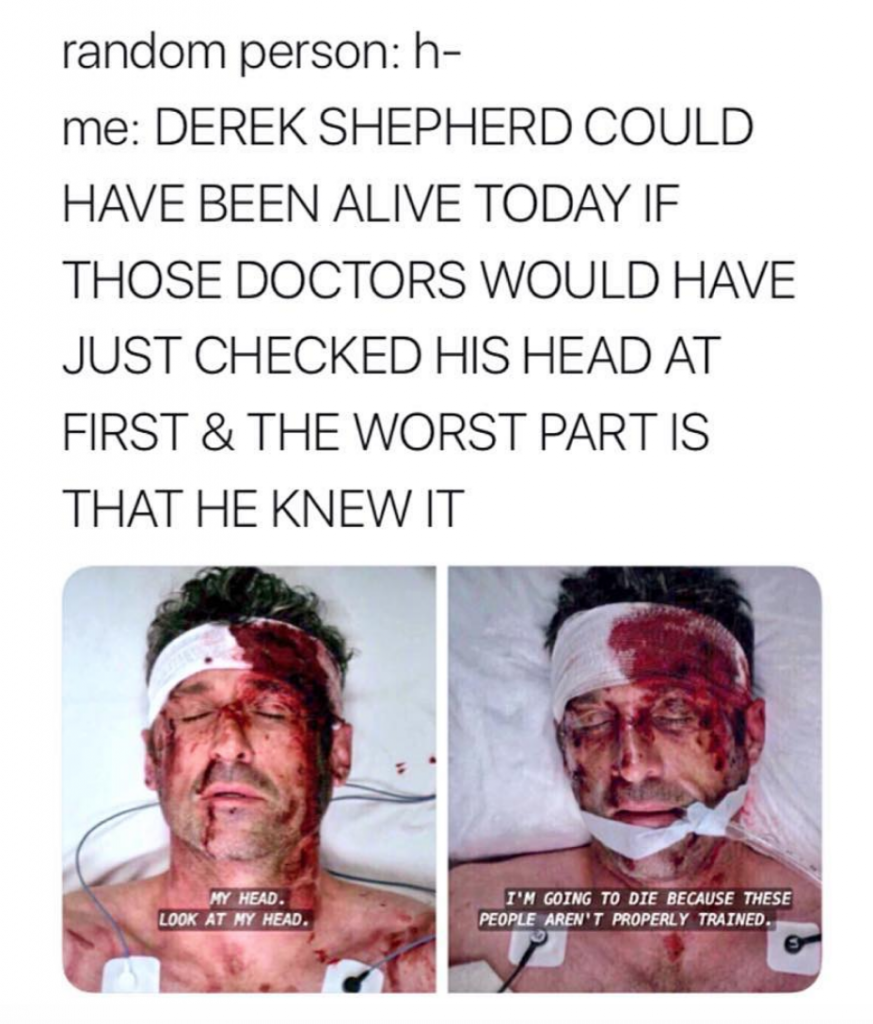 28. When there’s only one outcome. 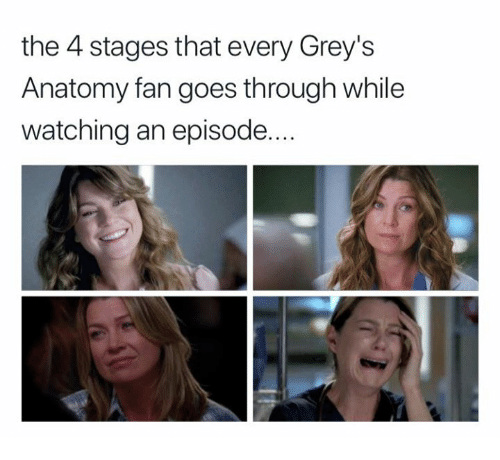 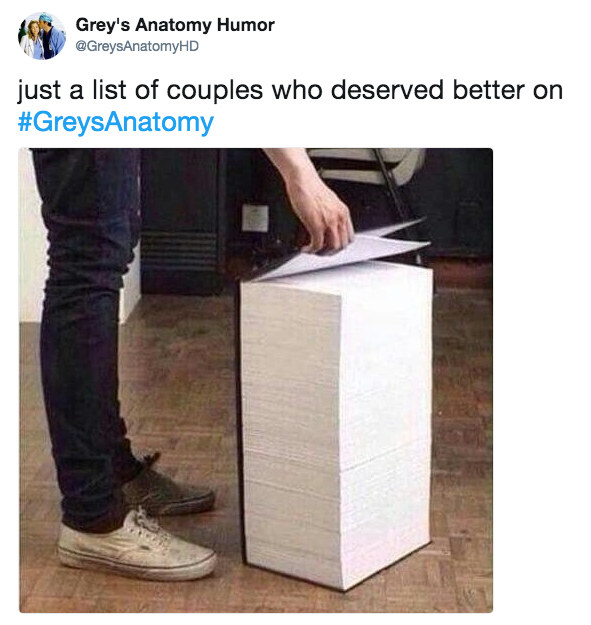 25. When the fans have some thoughts. 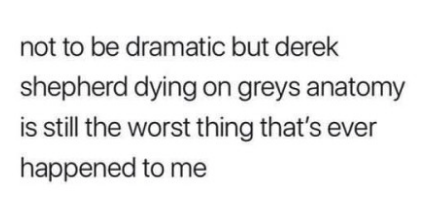 23. When the show keeps on going, and going…

22. When the bit characters outlast the leads. 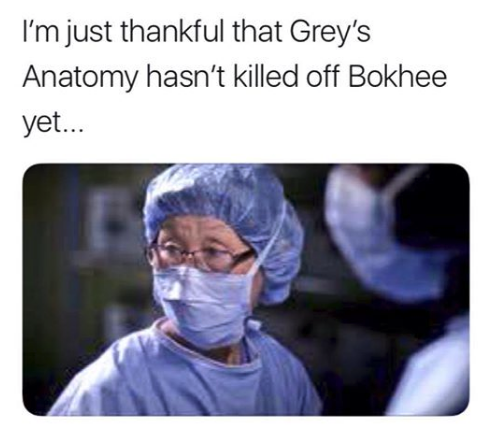 20. When it never gets any better. 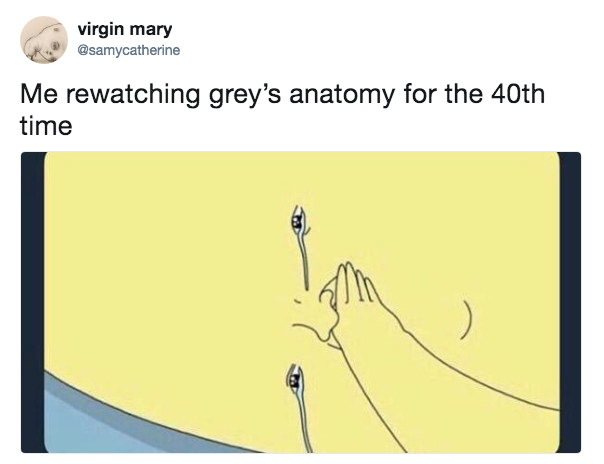 19. When you learn something actually useful from tv. 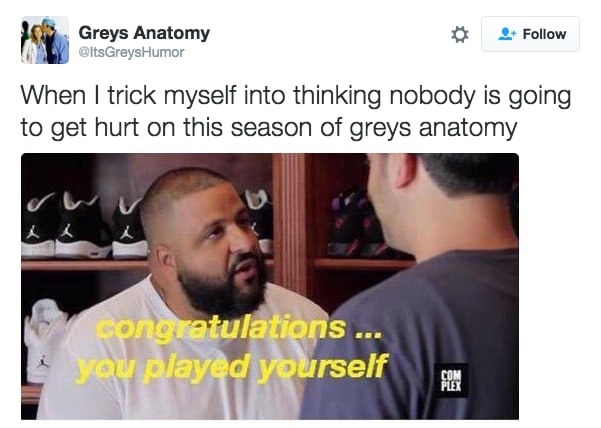 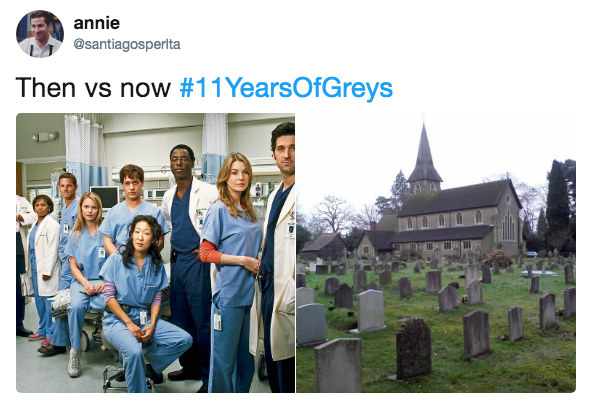 16. When you become a doctor from watching so much medical tv. 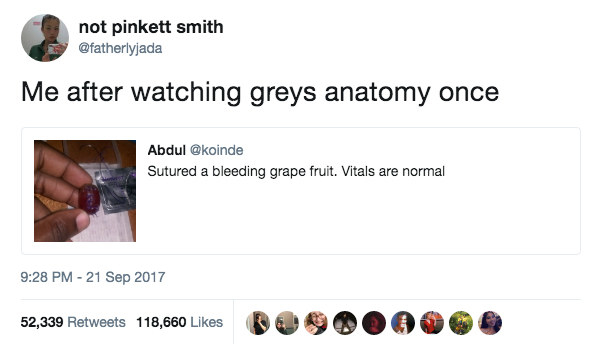 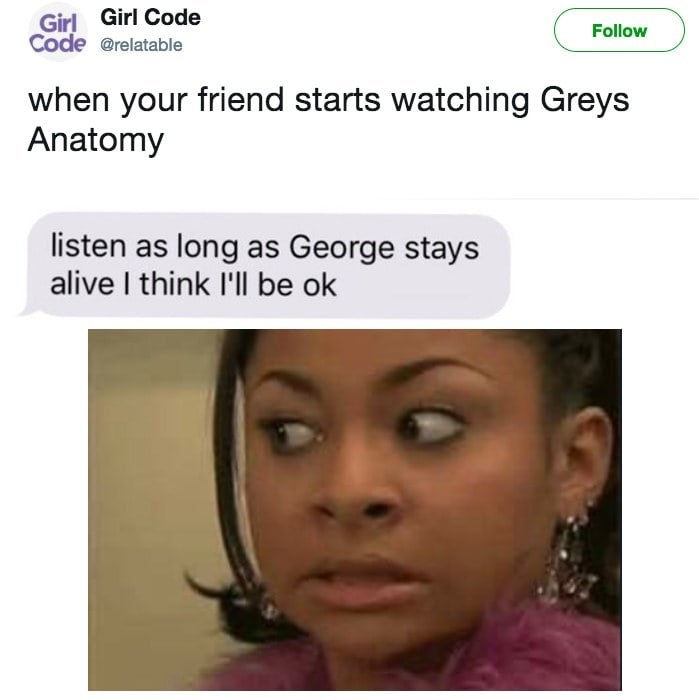 14. When you want to make a life change based on fiction.

13. When you know it’s complicated, but there’s no way to simplify. 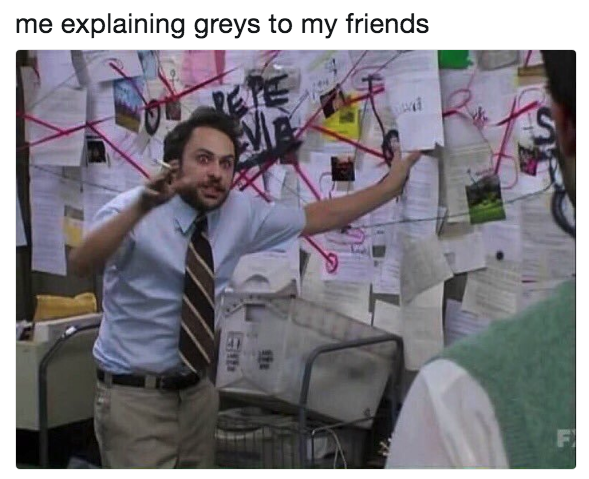 12. When you see people in a new context. 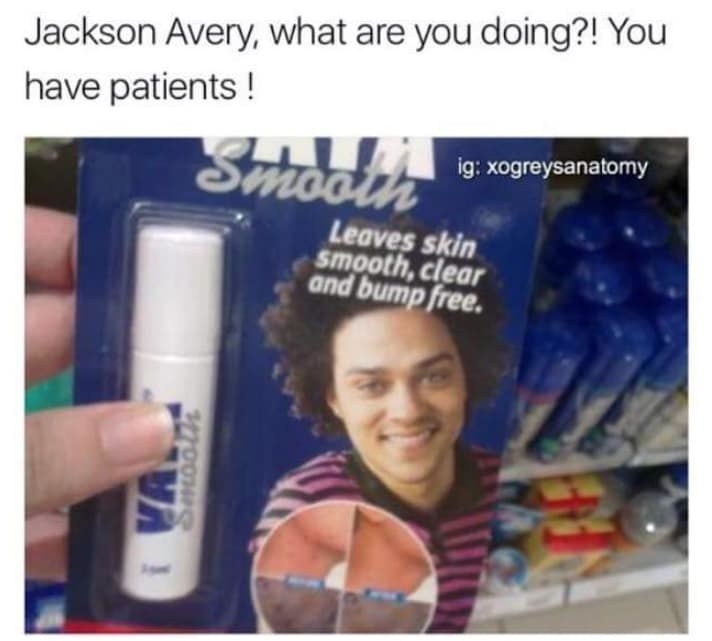 11. When you’re suddenly a medical expert. 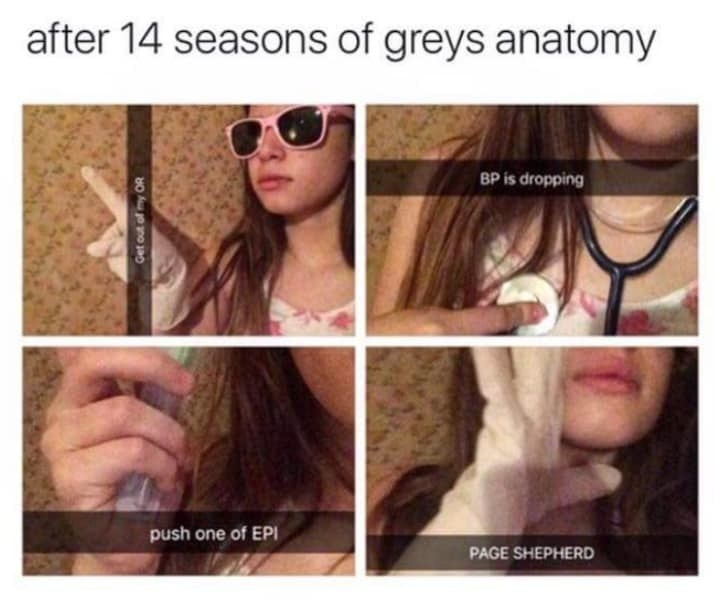 10. When there’s only one real answer. 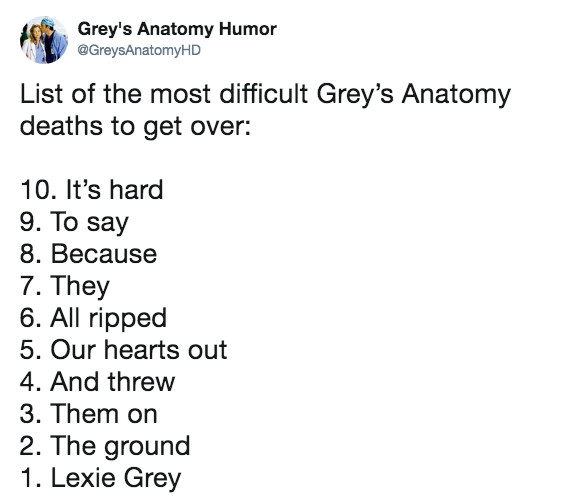 9. When you can’t stop watching, even though it hurts. 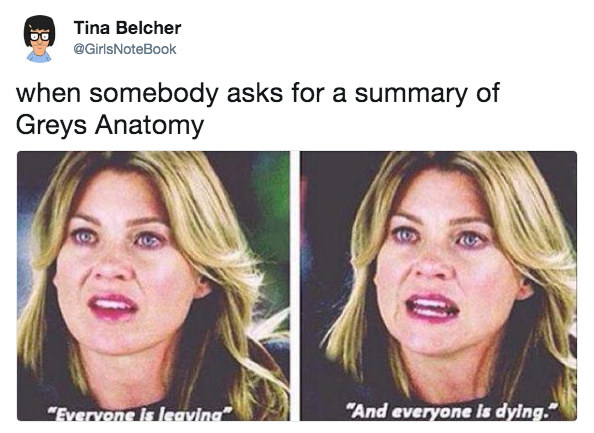 8. When you know she knows what she’s doing to you. 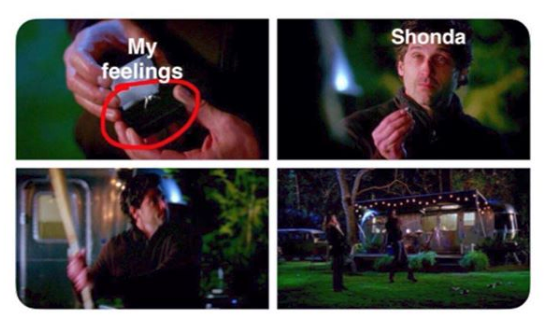 7. When you’re honest for a second. 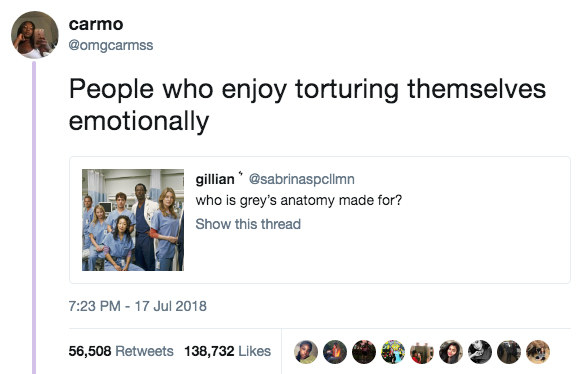 5. When the foreshadowing gets intense. 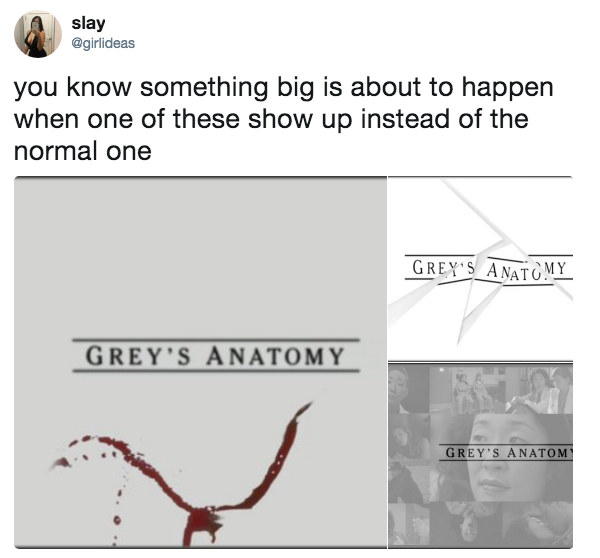 4. When you need to replenish. 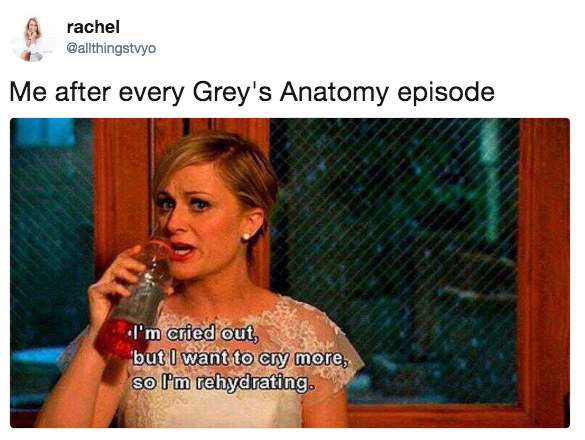 3. When the lead will never, ever get a happily ever after. 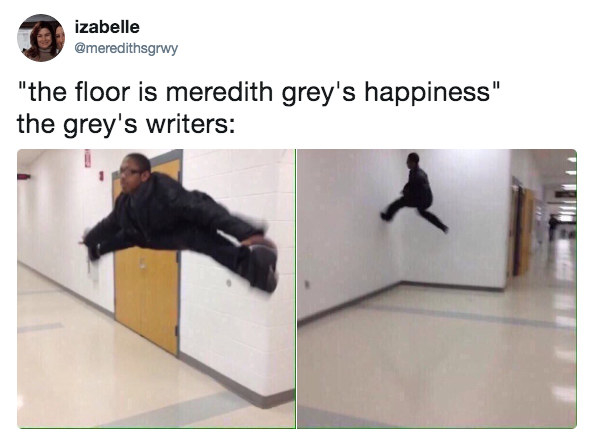 2. When everyone good dies. 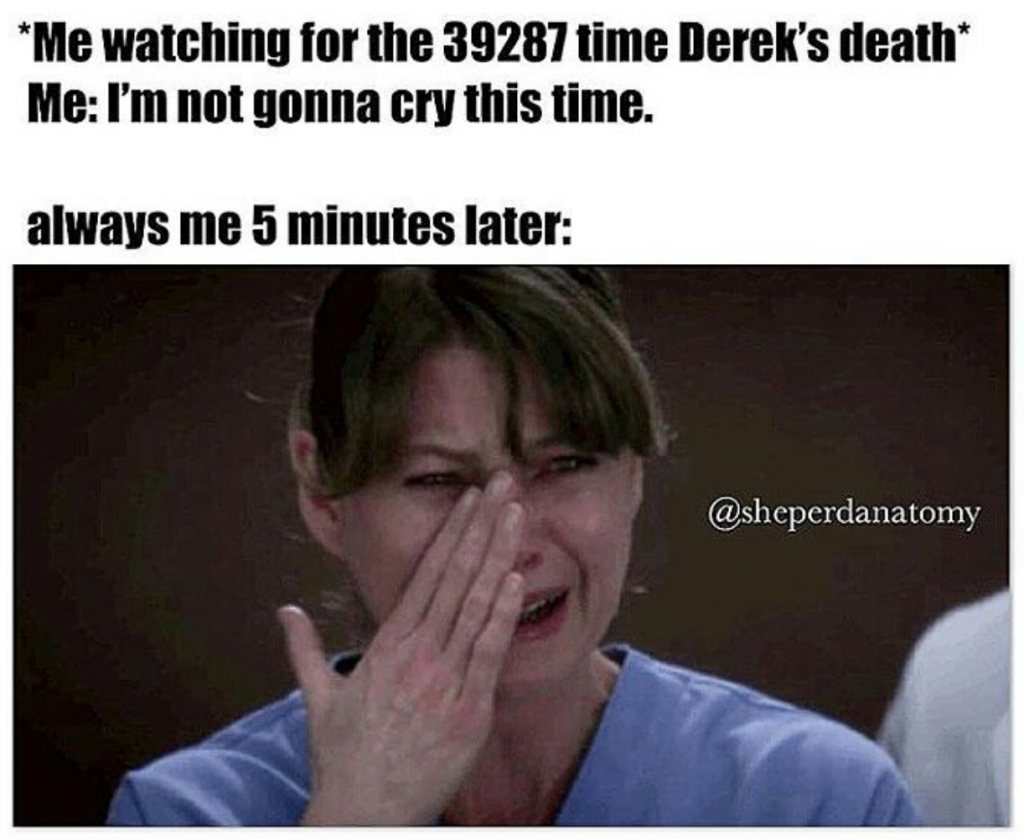