Animals. The only truly pure beings in this world. Well, except for cats. Cats are pure evil.

Point is, we can never get enough funny animal tweets and memes, and neither can you, so here are nineteen of the best we’ve found recently:

Can’t tell Tank “no” for nothing in the world because then he does this and makes me feel like shit pic.twitter.com/l9SY47d0ge 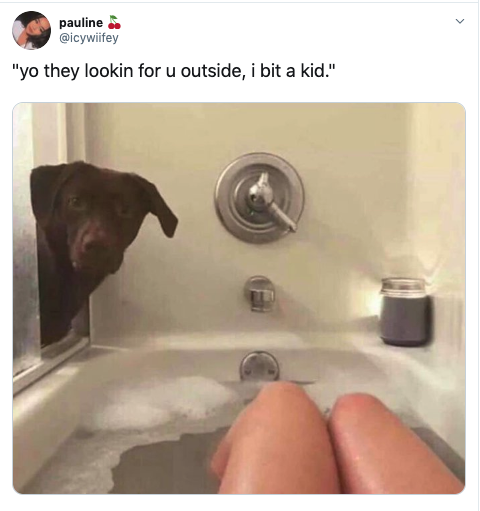 I'll never forget when I took my cat to the vet and they took an ID photo pic.twitter.com/uHSGpwHFqm

When I hear a thump in the bathroom I know he’s leaped from the toilet onto and over the shower door and also he has no way out unless I set him free pic.twitter.com/i44XhCNE5N

i just caught my dog trying to climb up a pole wth?? pic.twitter.com/8cx1DEgHy1

my dog chewed a hole in my blanket and then did this pic.twitter.com/zgwoKx6gkT

Me: *opens bag of chips*
My dog: pic.twitter.com/KDlMV9i00R

Today marks a year since I paid nearly £200 to be told my dog was faking struggling to breathe in order to be carried. pic.twitter.com/rGfBKz6FKF