The Internet seems incapable of responding to anything in a normal way, so of course, this Missouri couple brandishing deadly weapons on a crowd of peaceful protesters has been turned into a wacky meme called “Ken and Karen.”

Their real names are Mark and Patricia McCloskey, according to the Daily Dot, and they’re both personal injury lawyers who live in some sort of gated community that a group of protesters heading to  St. Louis Mayor Lyda Krewson‘s house passed by. The protesters were going to demand Krewson’s resignation after she gave out the names and addresses of people advocating for the defunding of the police. This is obviously a gated community full of people who like to put people in danger:

A fellow lawyer from Missouri, a guy I know named Mark McCloskey committed an assault tonight in STL by pointing his AR 15 at peaceful protesters. He should be arrested and charged with assault immediately. The MO Bar should revoke their licenses. https://t.co/6N75iFLDtT

A couple has come out of their house and is pointing guns at protesters in their neighborhood #StLouis #lydakrewson pic.twitter.com/ZJ8a553PAU

here’s what happens when you march on Portland Place in St. Louis, MO

they’re scared of their own community pic.twitter.com/Ng8qW1Pa6C

The couple obviously looks ridiculous, since they clearly don’t know how to handle guns, are barefoot, and frequently point the barrels of their weapons at each other. But what’s not ridiculous is that they’re clearly willing to kill the Black and brown people marching by and have the means to do so. And Donald Trump has retweeted a video featuring the couple, in seeming support of their horrible actions:

Donald Trump this morning proudly retweeted the video of “Ken and Karen” pointing their guns at black people in St. Louis. Trump never misses an opportunity to fan the flames of white resentment and racial unrest. pic.twitter.com/zdSi7GReAX

Well, the president being awful is nothing new. Neither is Twitter naming this couple “Karen and Ken” and making them into a total joke. On the other hand, now everyone knows where they live. You ask for danger, you get danger. Instead of brandishing weapons when the Mayor is being addressed, try giving a good interview to Fox News.

what you think you’re gonna look like//what you actually look like pic.twitter.com/x8j163q5CS

This woman has mustard on her shirt pic.twitter.com/og1gXCids2

when antifa destroys all the buffalo wild wings and cheese factories in suburban midwest, this is their final boss pic.twitter.com/ACPstQ0cPh

I can’t believe they activated the Margaritaville National Guard. pic.twitter.com/szOeoqAefK

Protecting my home by barefootedly shooting my tiny husband in the head with a .22 pic.twitter.com/DixdI7w2HJ

This was the PERFECT opportunity to finally use their homme-debout and they missed it smh https://t.co/nKOGhpKEWt pic.twitter.com/34nm4XNQfv

How can we speak of debt
Let’s not haggle for darling Cosette pic.twitter.com/cgyBy2QtZ2

Good thing Halloween will be canceled because I’m already sick of this couples costume pic.twitter.com/Y4MjMhW7n6

I want what they have pic.twitter.com/8OhZcXuMzO

Omg who did this?! STL Ken and Karen pic.twitter.com/z7fSsjSvVh

Psyched for the True Lies remake where the lie is that they tip delivery people appropriately pic.twitter.com/RznfTqmKND

Say what you will about Ken and Karen, but this is some ride or die relationship goals shit. If you can’t seamlessly move from watching House Hunters to hopping off the porch with the strap, then I don’t want it pic.twitter.com/PlZZO3x2i2

Ken and Karen have had enough pic.twitter.com/QtogVCFbEJ

The fact that I knew what Ken and Karen was before I clicked on this lol twitter YOU WILD for this one pic.twitter.com/VcxB183FtO

When the Olive Garden manager asks Ken and Karen to put on a mask pic.twitter.com/cGelXz4Eib

Ken and Karen Snell are interesting characters though. pic.twitter.com/MBc2rdVgTF

Some rare Ken and Karen pic.twitter.com/0xmkl5U1LG

Whoever is responsible for adding this to Google Maps is my new hero.

This is the house of that gun waiving couple and someone marked it as a “Ken and Karen’s Public Bathroom”.#KenAndKaren #StLouisprotest pic.twitter.com/7aJYOCcNqk

Next, on the Real Karens of St.Louis …

Ken and Karen have wild monkey sex after Ken has his first erection in 17 years. pic.twitter.com/y8WsUq2E5z

When Ken and Karen don’t see the manager immediately pic.twitter.com/iHcdzixI9w

Ken and Karen will be played by Nick Offerman and Amy Poehler in a movie. pic.twitter.com/M5phR1zeJh 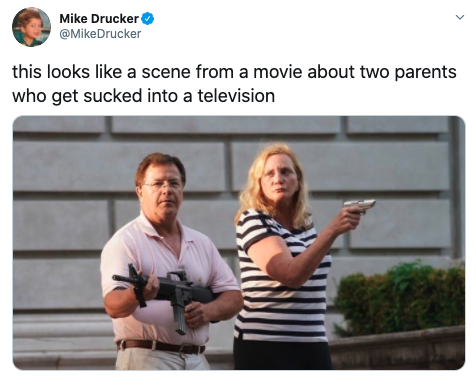 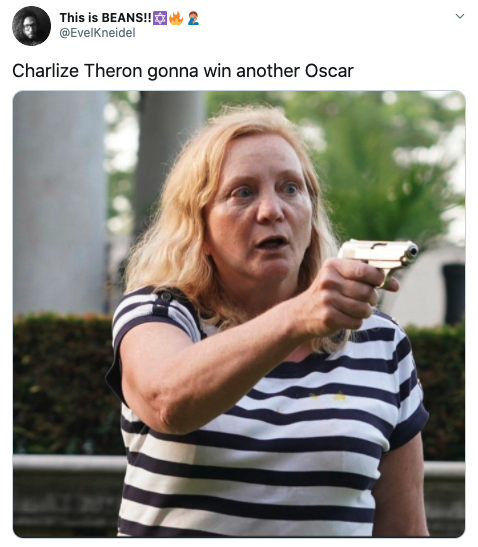 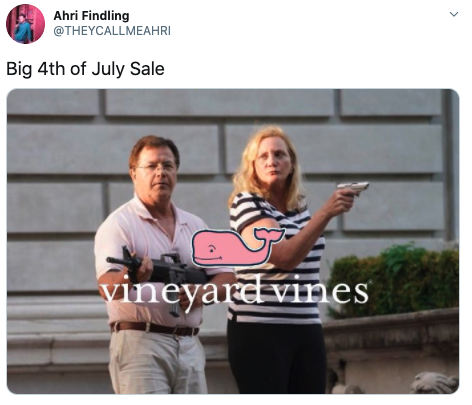 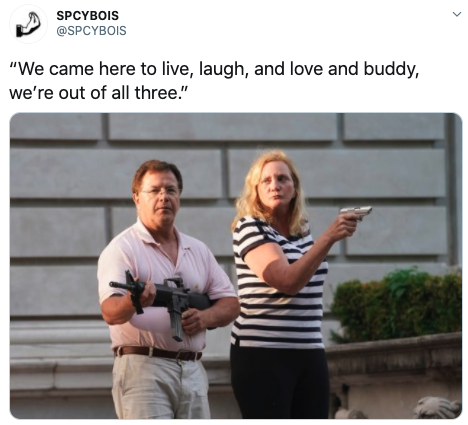