In the U.S., writing English in cursive hasn’t really been taught in schools in over a decade. I’d be curious if younger people who were never forced to do little exercises over and over to connect the C to the T would even be able to read it. If I ever thought about it, I’d assume they definitely can’t read Russian cursive, which is in both another language and another alphabet.

But I haven’t thought about it much until seeing this tweet from @beanerbastard in which they wrote, “Losing my mind after learning about Russian cursive.” Um, did you know Russian cursive looks like this?

Losing my mind after learning about Russian cursive pic.twitter.com/ll4PDJGKtu

If, like me, you’d never seen Russian cursive, you might be surprised to see it resembles in many cases a series of identical loops and squiggles that make no visual sense to anyone not raised to write them.

Here are some examples, like casual cursive in a notebook: 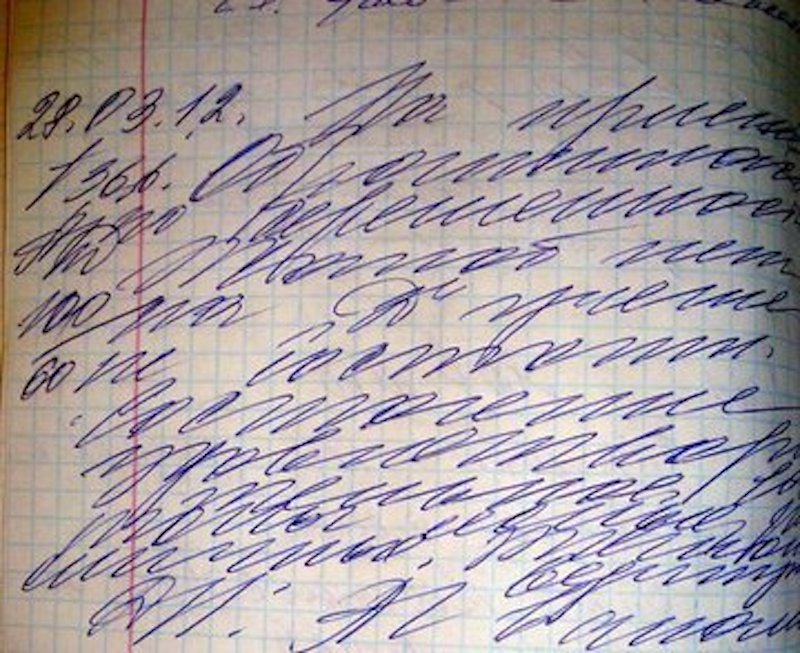 And this is how cursive looks in what might be an actual document of some kind. Exactly the same: 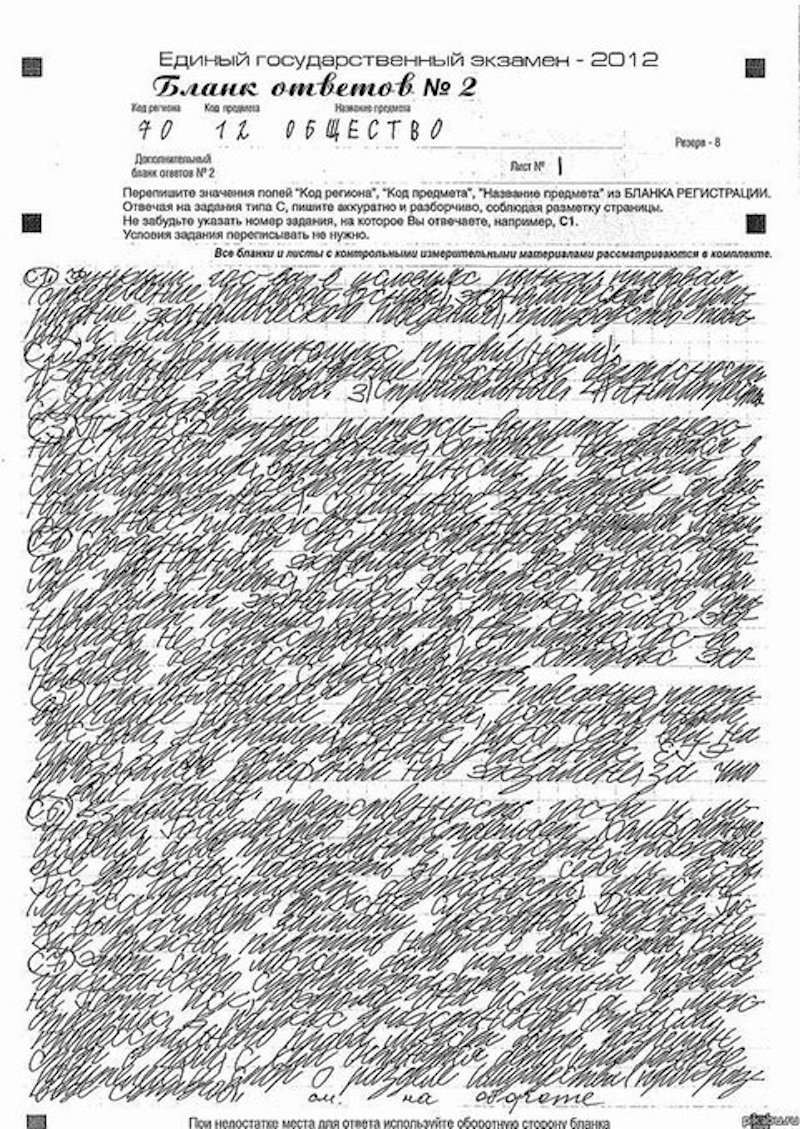 Maybe this little explainer will clear things up: 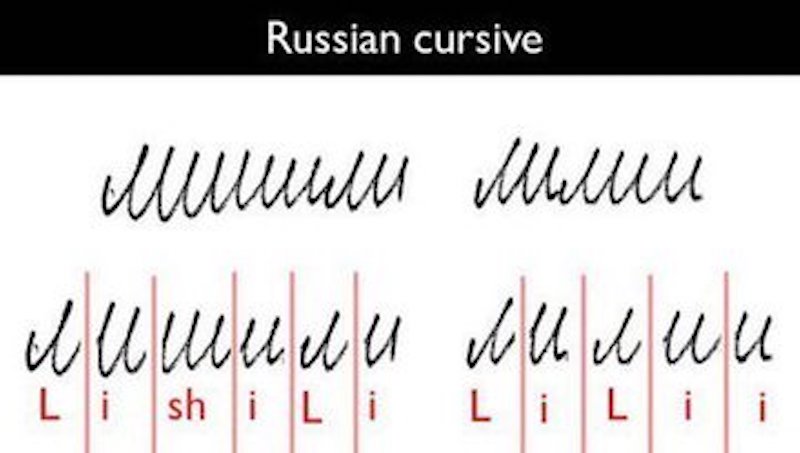 Haha, nope! This is absolutely incomprehensible to me and I admire that very much. There’s nothing like finding out that a different culture has normalized doing something incredibly hard. It’s inspiring. Inspiring to encounter yet another thing I will never learn to do, like sword fighting or chemistry.

People who are shocked by the way Russian cursive looks are enjoying this tweet a whole lot:

when i thought this man was foolin around lmao pic.twitter.com/hTcDLatgXV

Oh come on this can’t be a real example of a word pic.twitter.com/KSJRZf0KGp

Though maybe not as much as the people who know how to read and write in it:

my bigest love is that one! it’s chinchilla in russian! pic.twitter.com/6uddQ0H5jD

I don’t understand nothing But it looks so pretty.

Here’s some more of Tatiana’s handwriting and the Grand Duchess herself along with her signature.
In a letter to her mother: ‘I hope Mama, little soul, that you have no difficulty in deciphering my charming handwriting which you love so much!!’ pic.twitter.com/YNuyLvPBA9

they have the same doctor’s handwriting joke in Russia, and cursive written like wwwwwww is called “medical handwriting” pic.twitter.com/AI1JDRDNBu

And there were a few other examples of “cursive” in other languages, showing that having to write in a hurry is cross-cultural:

This reminds me of cursive Hebrew. Not that the letters all look alike, but that the cursive letters look absolutely nothing like their OG/biblical counterparts. pic.twitter.com/BvLeATmOmq

Kurrent -German Cursive
When I came to America, I stop writing in cursive because the teachers couldn’t read my handwriting 😭 pic.twitter.com/do9pGiNg8e

One day, no one will even write by hand at all and all of our little scribbles will seem impossible to decipher. Learn to write your own name in cursive now for your grandkids to make fun of on the 2060 version of Twitter.