Writer Matt Shirley makes a new chart every day. While that may not seem like a huge accomplishment, I assure you coming up with an original idea consistently is no easy feat.

Matt started out sketching charts on a dry erase board, but soon evolved to digital charts. Now he is commissioned to make charts for money. I love it when someone starts out making something fun on social media and it turns into profit.

The chart that started it all:

Maybe the most accurate one he’s done:

And I mean, I love a good Venn:

They do look a little more professional when digital but the content is always great.

As Matt’s following has grown, he’s been able to crowdsource data to make his charts more accurate. One of my favorite examples of this is his most recent one when he asked followers to weigh in on the worst tourist attraction in their states.

Now, every state has something going on for people to see when they’re driving through to something more interesting. Some states are perhaps TOO full of stuff to see and the people who live there are always having to host and guide guests to these terrible attractions. I can’t tell if it was exhausted locals or disappointed tourists who weighed, but they’re all arguing about the results.

The map has sparked quite a debate because some people are taking criticism of their state’s main attractions pretty personally. Some profess to even like their horrible attractions that everyone else hates. It’s called state pride, baby. Here are some close-ups, so you can see if you’ve checked off every location on the list or need to avoid them. 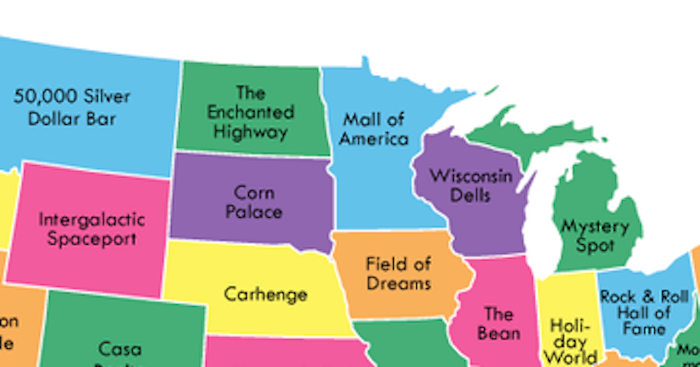 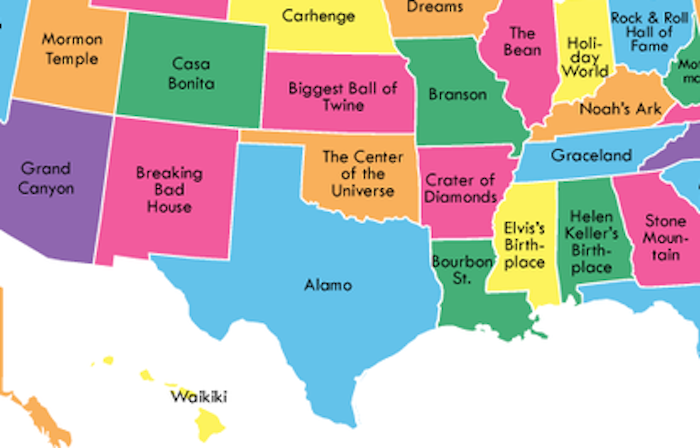 And On the West:

Here are some very angry opinions, especially from the people of Illinois, who that anyone insulting The Bean in Chicago is banned from eating deep-dish pizza for life:

I literally can’t disagree with any of these. Hollywood (I love these but gotta be honest) for instance is a LITERAL trash can. https://t.co/Y255PqWWRk

The bean the worst attraction in Illinois lmao who made this terrible list https://t.co/5opS3b7o87

I think this is the only attraction people have ever been to in Arizona. There is no other explanation because the GC might be the only good attraction in AZ.

Not fair for Idaho because their worst attraction is also their best. Accurate most other states https://t.co/gpbhqVdZpI

There’s gotta be a worse attraction in MD than Ocean City, which is a pretty par-for-the-course East Coast beach town. https://t.co/EAgkWK2zUd

People who have never been to Los Angeles are often under the impression that there is a place to go, called Hollywood, that is an attraction.
The distance between your statement and their expectation is the very reason it’s the top of the list.

Probably why it’s such a lame attraction there.

Accurate for NY.
But I love Disney. I make no apologies for my Minnie Mouse love. https://t.co/eR1SK9G6te

Some of these are accurate but THE GRAND CANYON BEING THE WORST ATTRACTION IN ARIZONA?!

Who are these people?

Few things have taken my breath away as the Grand Canyon did when I saw it as an adult. https://t.co/etzIwiWk9t

Like many Texas schoolchildren, I did school field trip to the Alamo. The whole class was like, “This is it?” I do think historical exhibits can be underwhelming. People lived and did historical things in much smaller spaces back then. Even so . . .

I’m only one Chicagoan, but anyone saying the Bean is our worst attraction has never been to Navy Pier https://t.co/K7pHVU7SLb

I forgot Carhenge and Cadillac Ranch were two different things and thought “Why is Carhenge nakey??” pic.twitter.com/33du5LrreW

I don’t have any strong opinions about most of these attractions, not even Times Square, which is at least a real experience—a bad one, but memorable! As a tourist, however, I’ve never felt more baffled or unimpressed and pretty grossed out as I was when I saw the Gum Wall entirely by accident in Seattle. Thankfully, coronavirus has probably made it a health hazard.