A lot of the foods we know and love today were invented by mistake. When I’m eating something I assume it was invented by some prolific chef who came up with a brilliant idea that they could sell to the masses but that’s not always the truth.

At the time, what could’ve been a huge bummer turned out to change the world. Now, when I make a mistake in the kitchen, remember these people invented something brand new while all I did was forget to cook dinner on HIGH in the microwave.

It’s amazing to think that some of the best food was invented by mistake. It’s safe to say these are the best mistakes ever made.

A woman by the name of Ruth Wakefield is credited with creating the Chocolate Chip Cookie. Legend has it, she originally planned to make a variation on another popular treat called Butter Drop Do pecan icebox cookies. This involved melting squares of unsweetened Baker’s chocolate and adding it to the batter. But the only chocolate she had available was a Nestlé semisweet bar. SHe didn’t have time to melt it so she broke it into tiny pieces. It quickly caught on, increasing Nestle’s sales.

A goat herder named Kaldi is credited with discovering coffee in the 9th century. Kaldi noticed his goats becoming so energetic after eating the berries of a tree that they wouldn’t sleep at night. Kaldi told his local monastery who made a drink with the berries. The idea quickly spread throughout the monastery and the world.

A man by the name of Edward Wilson is credited with the invention of Cheese Puffs in the 1930s. He noticed puff corn oozing from flaking machines. They were originally fed to animals which led to experimenting and they eventually developed it into a snack. The snack was further developed and commercialized in 1946.

If I told you that Nacho was the nickname name of the person who’s credited with inventing Nachos, would you believe me? Well, you should because Ignacio “El Nacho” Anaya. He was working in a kitchen in Piedras Negras, Coahuila, just over the border from Eagle Pass, Texas. One of their regulars wanted a snack for her table but asked for something different than usual. Anaya went into the kitchen and noticed fried tortillas, cheese, and jalapeno. He cut the tortillas into triangles, melted the cheese, and topped them with the jalapenos. After delivering to the table, the customers asked what it was called. Anaya called it the “Nacho’s Special”.

In Saratoga Springs, New York, a frustrated cook by the name of George Crum was dealing with unhappy customers who complained about their french fries. They complained the fries were too thick so, like any annoyed cook, Crum decided to slice the potatoes extra thin, threw them in the fryer, and oversalted them. The customers love them and the snack became known as Saratoga Chips. The company still exists today.

Cheese, one of the best foods to be invented by mistake. Believe it or not, cheese was not discovered in Wisconsin. According to IFDA, the origins of cheese dates back more than 4,000 years. Legend has it, an Arabian merchant was traveling in the desert heat. Storing milk in a sheep’s stomach pouch, the heat separated the milk into curds and whey, which was consumed as both a drink and food by the merchant.

Popsicles were created by 11-year-old Frank Epperson. He was playing with powdered soda mix and water and left his wooden stirrer in the liquid. Forgetting about it overnight, it froze, and like a kid would, he licked it. It was delicious so he started making more and selling them as ‘Epsicles’ and eventually in amusement parks. After a while, he patented the product and changed the name to Popsicles.

Worcestershire Sauce was created by request of the Governor of Bengal. Based on a recipe brought from Asia. Chemists John Wheeley Lea and William Perrins were commissioned to make the condiment but weren’t happy with the results. It was stored away and after revisiting it years later they tasted the potential in the product. It went on sale in 1837 and the original recipe is still kept secret.

Who doesn’t love chocolate brownies? A woman by the name of Fanny Farmer is said to have accidentally created the sweet treat after adapting her chocolate chip cookie recipe to be made in a pan. Another legend says a chef accidentally added too much chocolate to into the dough. Either way, I’m glad it happened.

In an attempt to create a chocolate alternative in the 1940s because of a chocolate shortage, due to World War ||, an Italian baker named Pietro Ferrero discovered the hazelnut spread we all know as Nutella today.

Brandy was made to fortify wine so it could endure traveling on long journeys.  It was stored in wooden casks which allowed the distilled spirit to improve to become a drink itself. This later evolved into what we know as Brandy today.

Beer is one of the oldest drinks known to man. The oldest evidence of a drink like beer comes from China as far back as 7,000 B.C. and was brewed with grapes, honey, hawthorns, and rice. Although we have zero evidence as to why it was created, people have theorized that consuming fermented fruits may have led to experimentation and creating this effect on their own.

Tucson, Arizona claims the origin of the chimichanga. Southern Arizona was once part of the Mexican state of Sonora, which has its own version of Tex-Mex called Arizona-Sonoran Cuisine. This style is considered the “soul food” of Arizona. In 1922, restaurant owner Monica Flin accidentally cropped a burrito in a deep fryer. Children were present, so instead of swearing she ed the swear word to “chimichanga,” the Spanish equivalent of “thingamajig.”

Pink lemonade is a tasty drink we all know and love today but it has a few interesting and bizarre origin stories. Most notable, Peter Conklin, who was selling lemonade at the circus. According to the Smithsonian, after running out of water, Conklin grabbed a tub that was used to wring out a performer’s tights, which led to the pink hue of the drink.

According to IFDA, the waffle cone was created at the 1904 St. Louis World’s Fair by Ernest A. Hamwi, a Syrian concessionaire. Hamwi was selling a crisp, waffle-like pastry — zalabis — in a booth right next to an ice cream vendor. When the vendor ran out of serving dishes the waffle-like pastry was used to serve the ice cream.

Yogurt was accidentally created by herdsmen in Central Asia 8,000 years ago. After storing goat’s milk in containers made out of animal stomachs. It curdled and fermented which added a tart flavor to it. 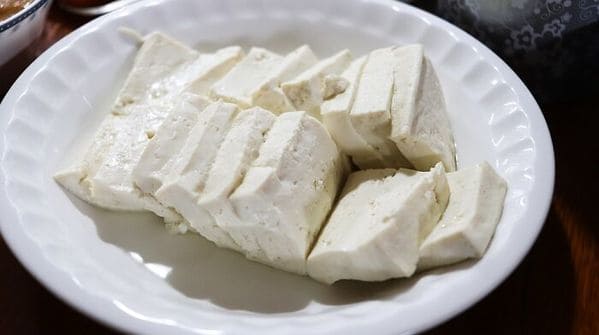 Nearly 2,000 years ago, a cook in China, made mistakenly curdled soy milk. The chemical reaction became one of the greatest cooking mistakes ever made because it created Tofu as we know it.

According to Business Insider – in 1885, Atlanta banned the sale of alcohol, pharmacist John Pemberton created a purely coca-based version of the syrup to be mixed with carbonated water and drank as a soda. The result was a perfect beverage for the temperance era — a “brain tonic” called Coca Cola.

A woman named Maria Ann Smith arrived in Australia with her husband Thomas in 1830. She had a case of crabapples that had gone bad, She dumped them by a creek that ran through her property and it grew a new type of apple that became the most popular cooking apple used today.

The origin of the ‘sandwich’ may have come from a story about John Montagu, the 4th Earl of Sandwich.  It is said that in approx.1762, he asked for meat to be served between slices of bread, to avoid interrupting a gambling game.

Legend has it that Hotel Tatin, south of Paris, is the birthplace of Tarte Tatin. One of the sisters who owned the hotel, Stephanie Tatin, was trying to bake an apple pie but overcooked apples in butter and sugar by mistake. She served the “apple pie” anyway and it was a huge hit.

It’s not certain which restaurant in St. Louis created the toasted ravioli. Similar to chimichangas, someone accidentally deep-fried ravioli, and of course, the people loved it.

A Canadian man named Sam Panopoulos created the Hawaiian pizza. In an interview, Panopoulos said, “We just put it on, just for the fun of it, see how it was going to taste.” It’s a controversial topping for many pizza lovers but it clearly caught on.

Contrary to legend and popular belief, Dom Pérignon did not invent sparkling wine. In France, the first sparkling Champagne was created by mistake. The pressure in the bottle caused bottles to explode or corks to pop. In 1844 Adolphe Jaquesson invented the muselet (that metal twist-tie over the cork) to prevent the corks from blowing out.

According to TIME, In 1980, Teressa Bellissimo’s husband, Frank, told the New Yorker that the wings had been invented out of necessity; the bar had accidentally received a shipment of wings (instead of other chicken parts) and didn’t know what to do with them. However, Bellissimo’s son, Dominic, disputed his father’s story.

Corn flakes were created by the Kellog brothers in Battle Creek, Michigan. The idea for corn flakes happened by mistake when John Kellogg and Will Keith Kellogg, left some cooked wheat to sit while they were distracted with other matters. This was the best mistake they’ve made, turning the Kellogg brand into the billion-dollar company we know today.

Although 711 calls the slushie a Slurpee, the product itself was created in the 1950s. by a Dairy Queen owner named Omar Knedlik of Kansas City. His soda machine broke down so he started storing drinks in the freezer to stay cool but forgot about them. He sold them while still a bit frozen and customers started requesting the frozen treat.

It’s safe to say that the creator of hot chicken is the family of Andre Prince Jeffries, who owns Prince’s Hot Chicken Shack. According to Jeffries, her great-uncle Thornton was purportedly a womanizer, and after a particularly late night out his girlfriend at the time cooked him a fried chicken breakfast with extra pepper as revenge. Instead, Thornton decided he liked it so much that, by the mid-1930s, he and his brothers had created their own recipe and opened the BBQ Chicken Shack café.

The history of blue cheese goes back to the 7th century to a cave outside the village of Roquefort in France. Legend has it that a distracted shepherd forgot his lunch of bread and cheese in the cave. When he returned a few months later, the cheese had become infested with penicillium roqueforti, a mold that was growing in the cave.

Thomas Adams Sr. was experimenting with chicle, the sap from a South American tree, as a substitute for rubber. After mounting failures, the dejected inventor popped a piece into his mouth and he liked it! Adams New York No. 1 became the first mass-produced chewing gum in the world.