Once, when I was a kid (8-11 age range-ish), I saw the Oscar-Meyer Weinermobile just outside of Washington D.C., told my friends, and none of them believed me.

Not to be bested by a crop of two-faced jackals, I called the Oscar Meyer corporation to see if they could confirm the vehicle’s whereabouts on the day in question so that I could, I suppose, create a preponderance of the evidence as to whether I saw it.

They could not because, as I learned, there were more than 15 Weinermobiles and they could have been driving to/from a destination when I saw it.

Anyway, the point is, I saw it and wish I’d had modern technology to help me win my court case against some kids in my neighborhood.

Recently Comedian Paul F. Tompkins put a call out to Twitter asking for pictures of food-shaped vehicles similar to the Weinermobile. 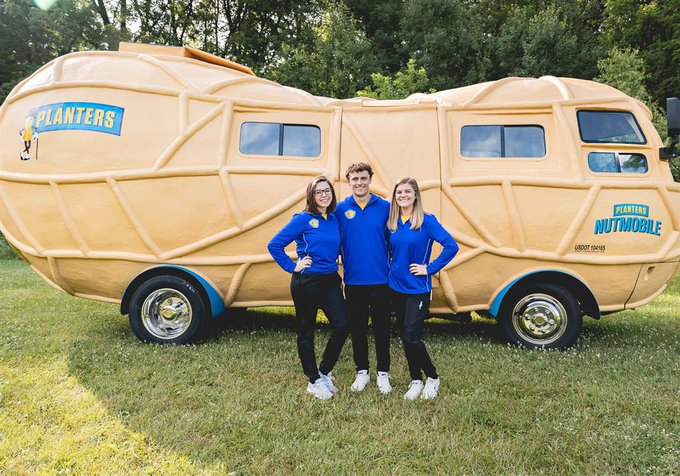 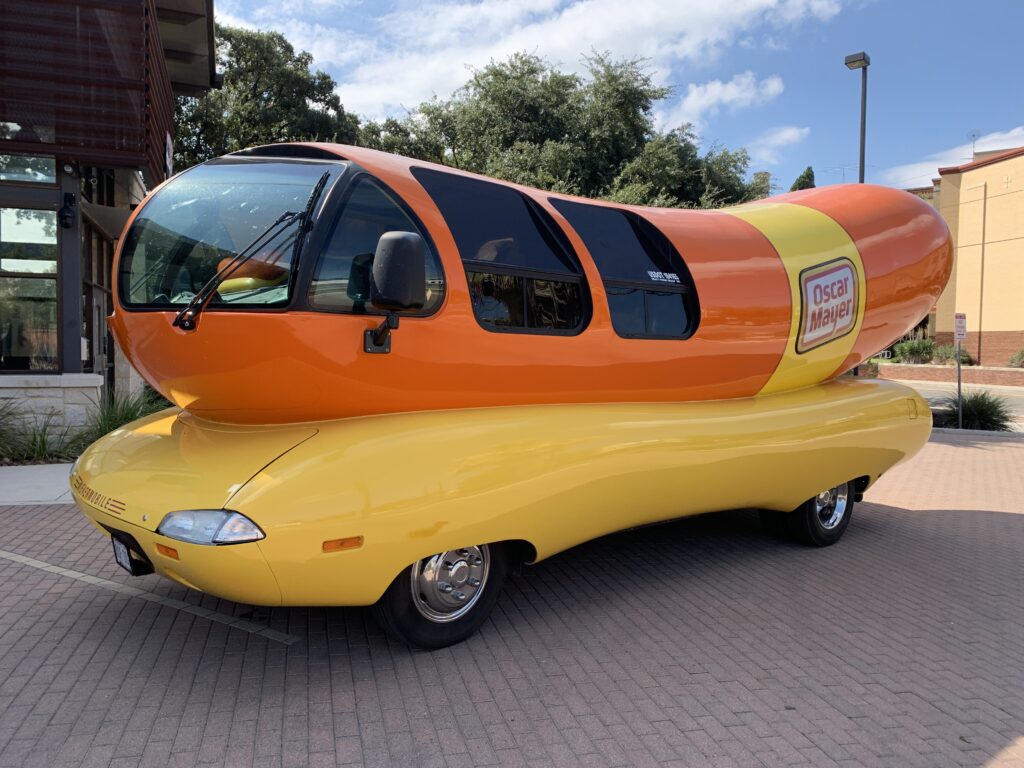 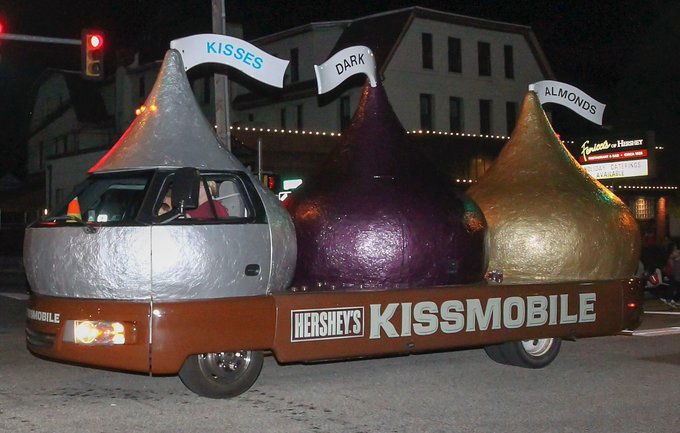 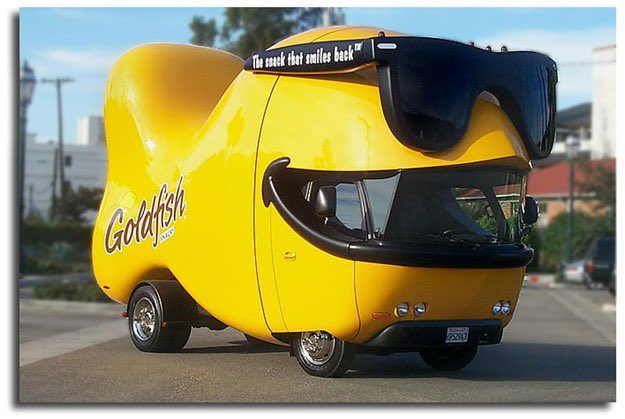 The thread has since gotten over 8,000 shares, likes, and comments, with Tompkins replying to all submissions with his verdict. Here are some of our favorites: 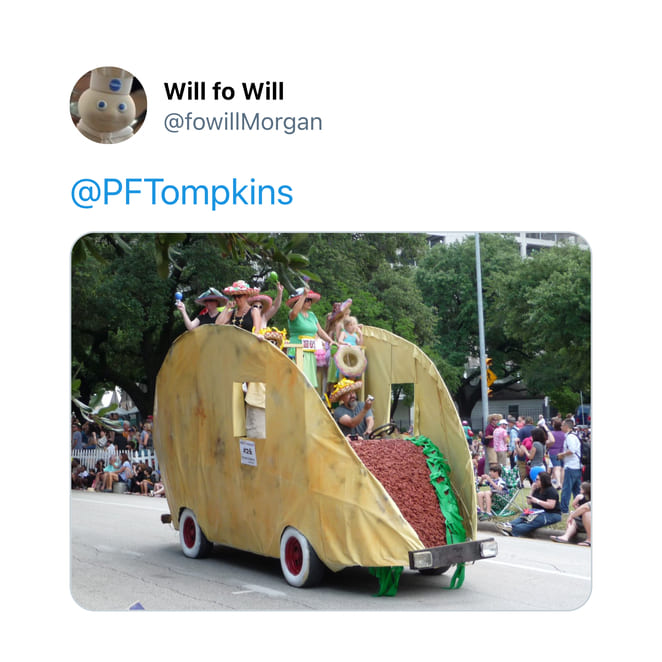 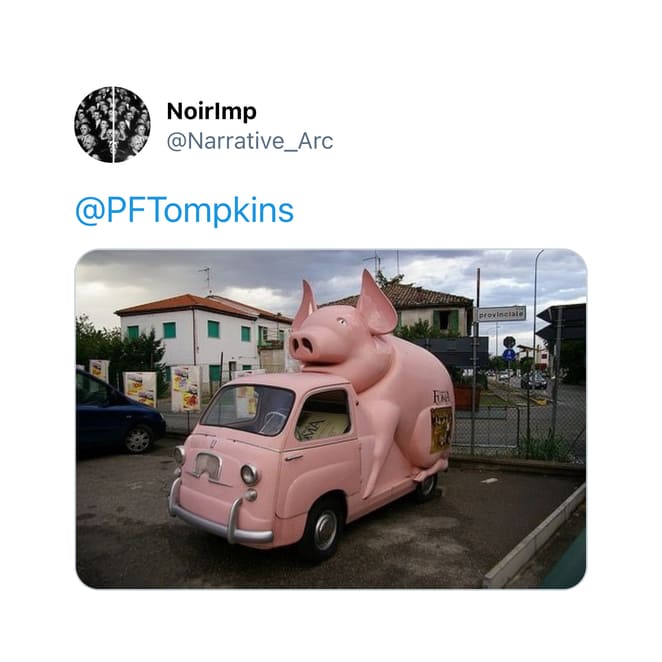 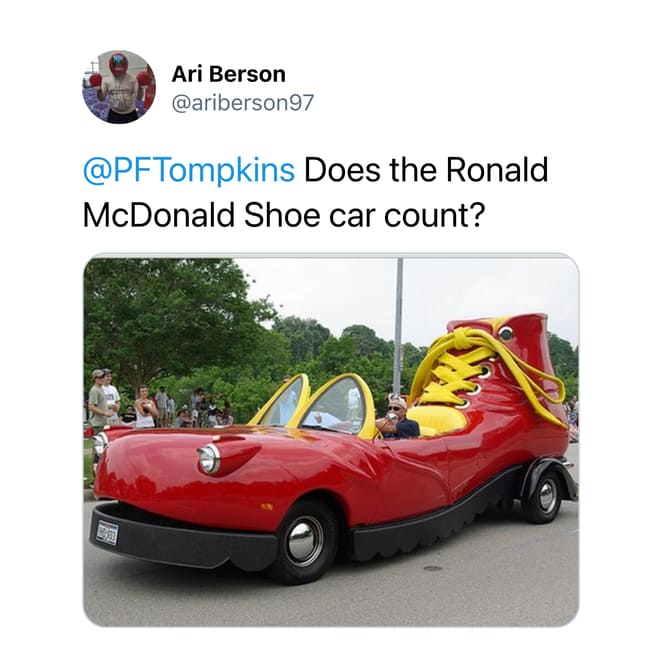 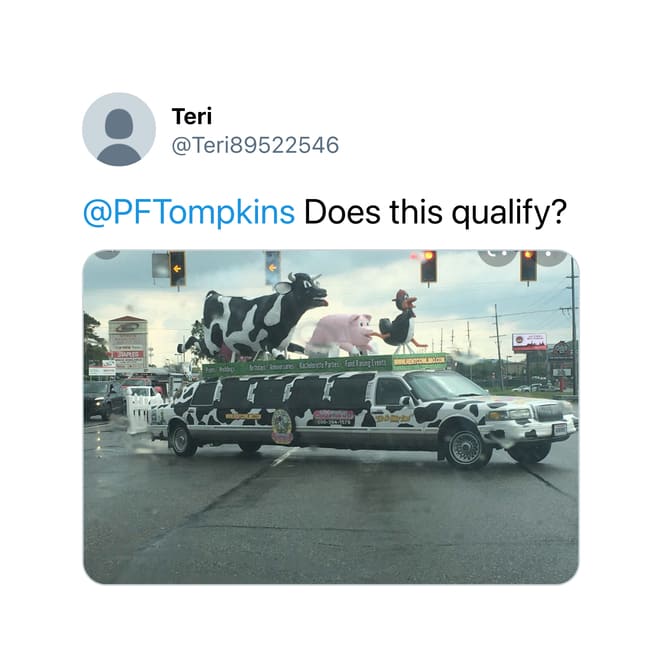 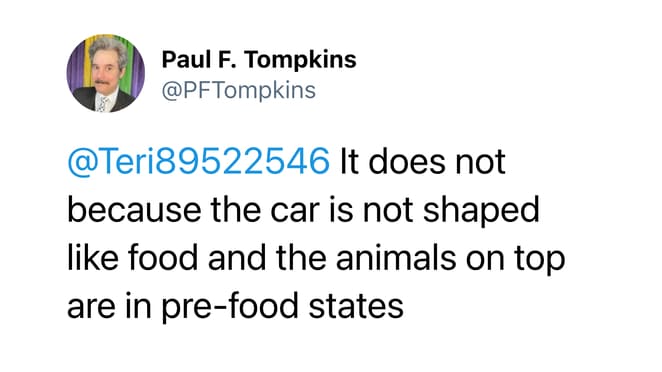 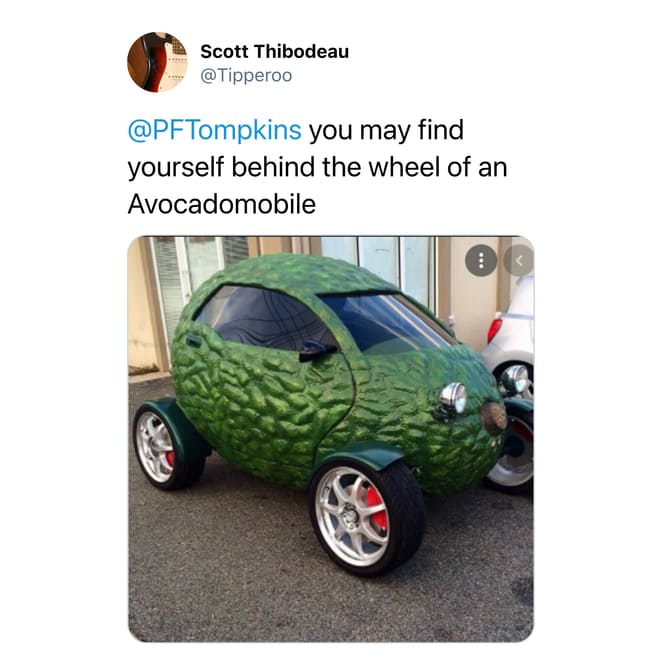 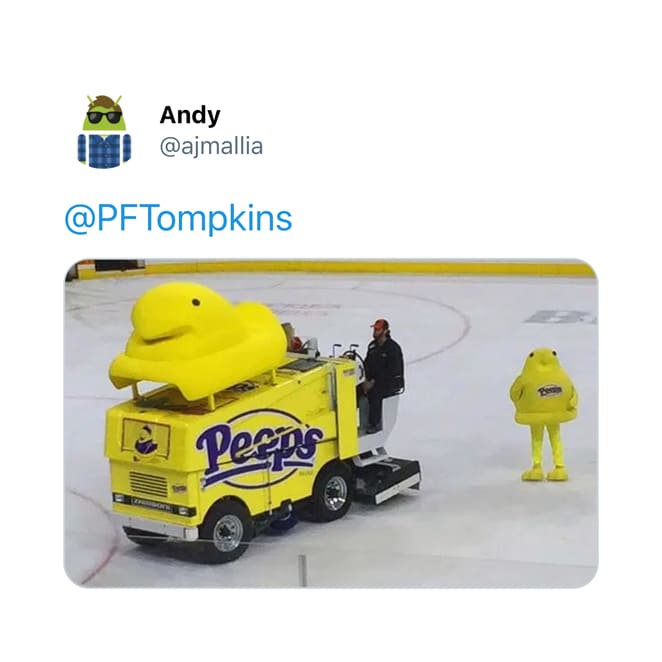 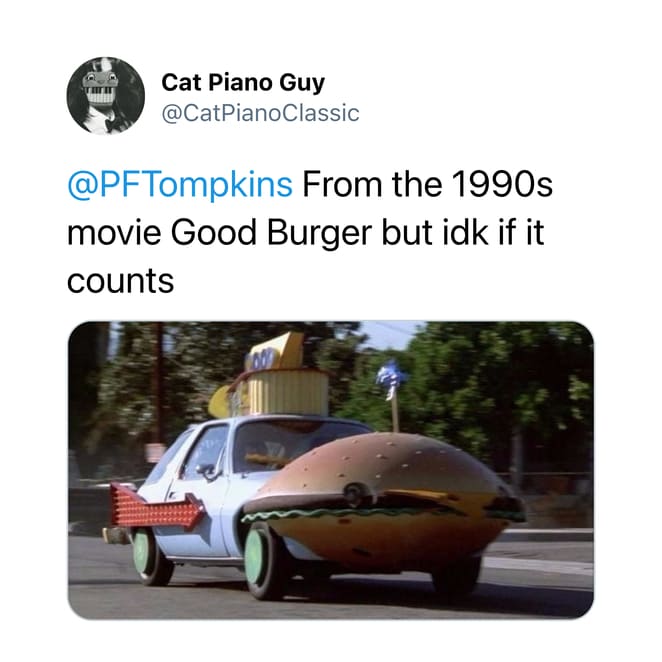 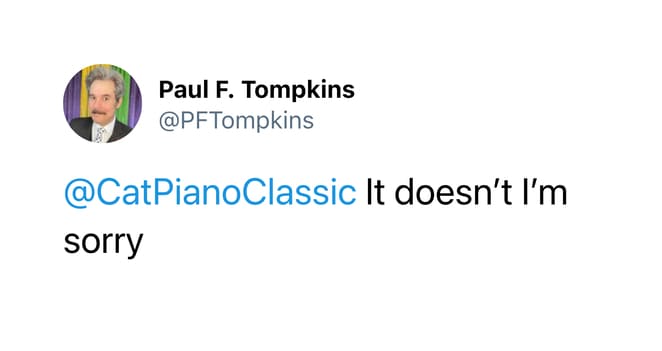 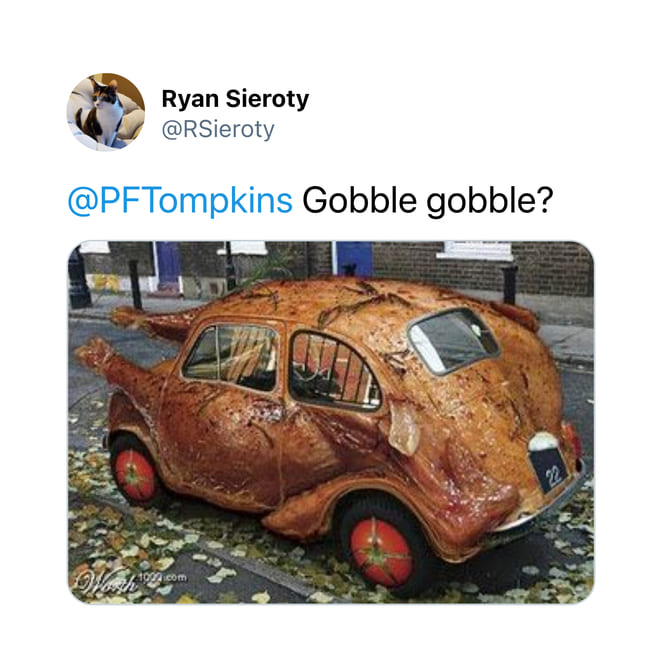 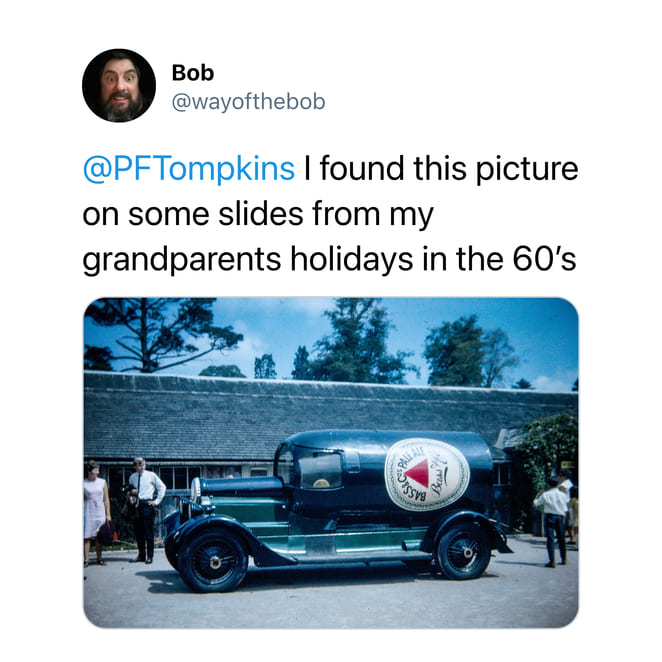 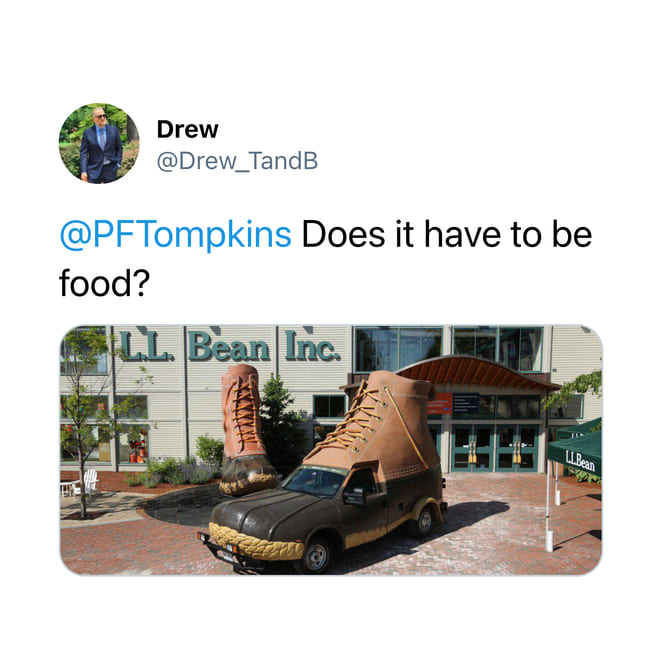 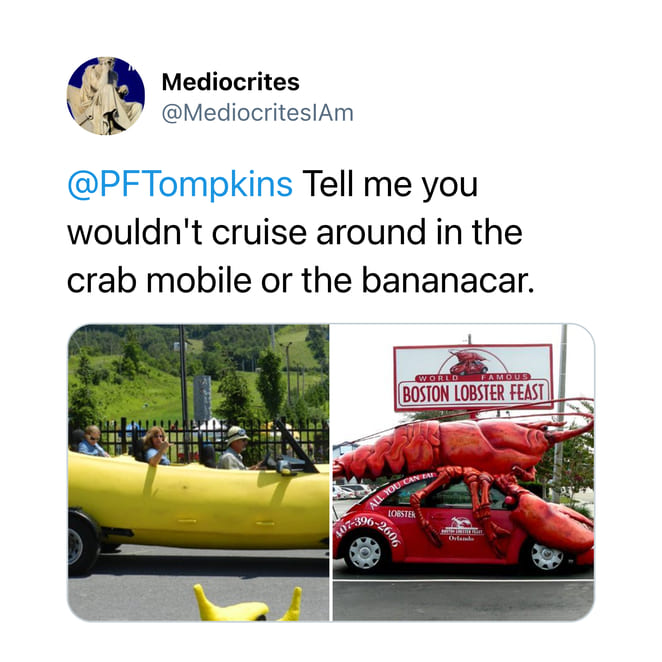 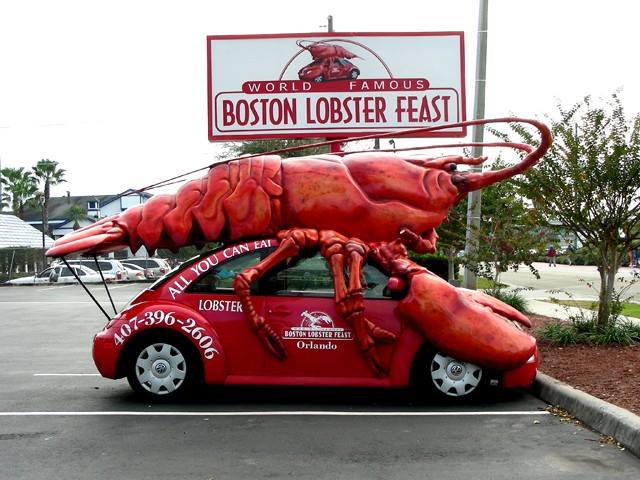 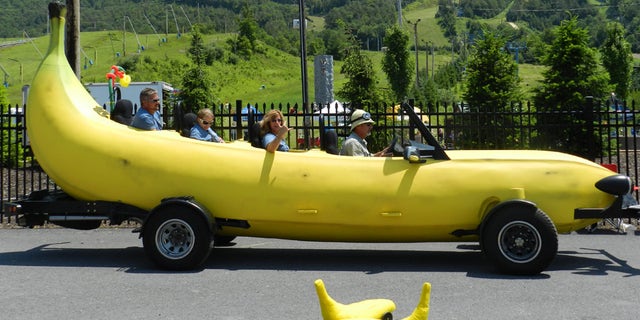 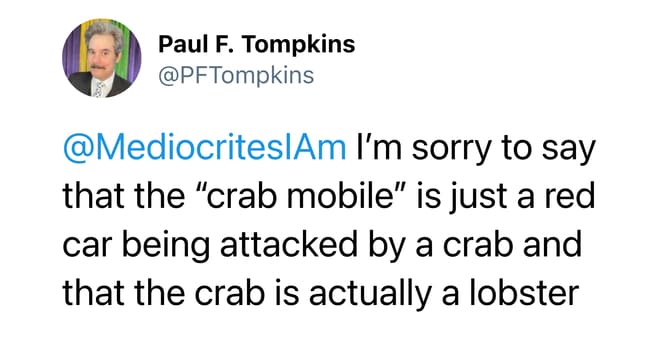 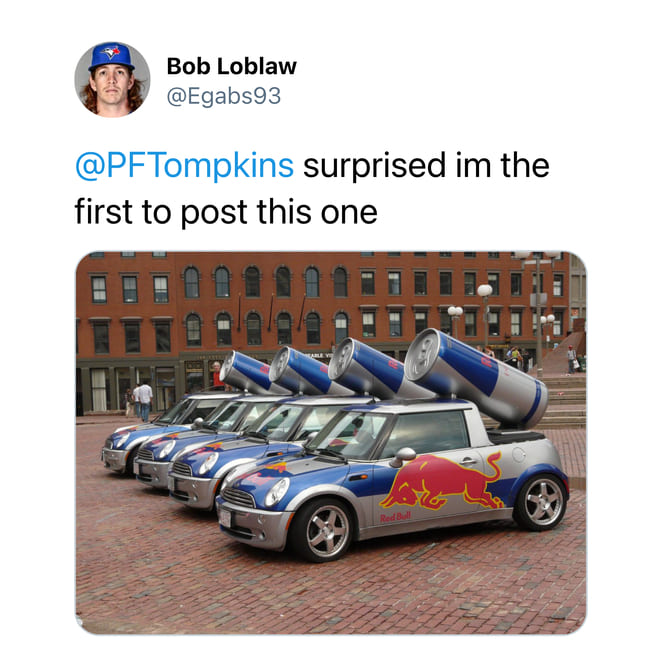 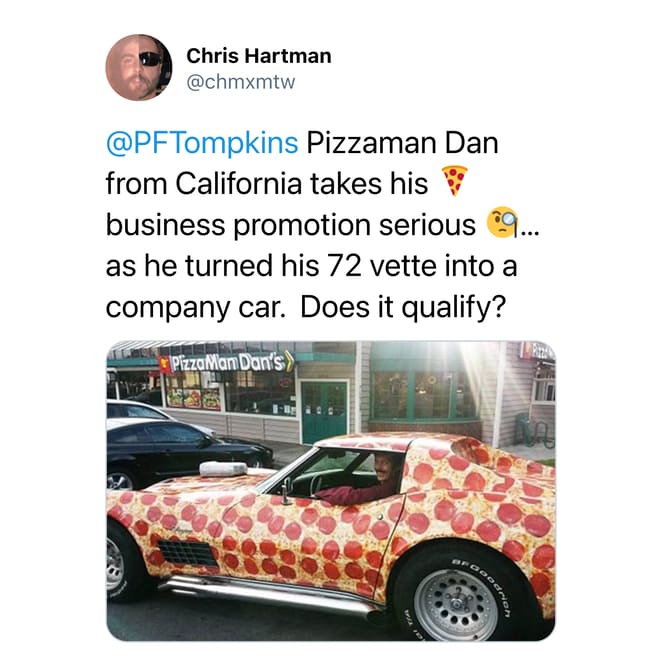 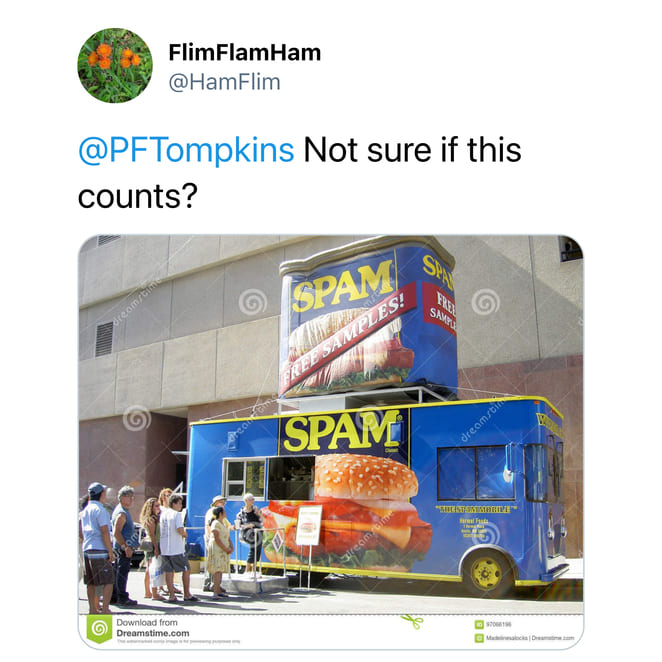 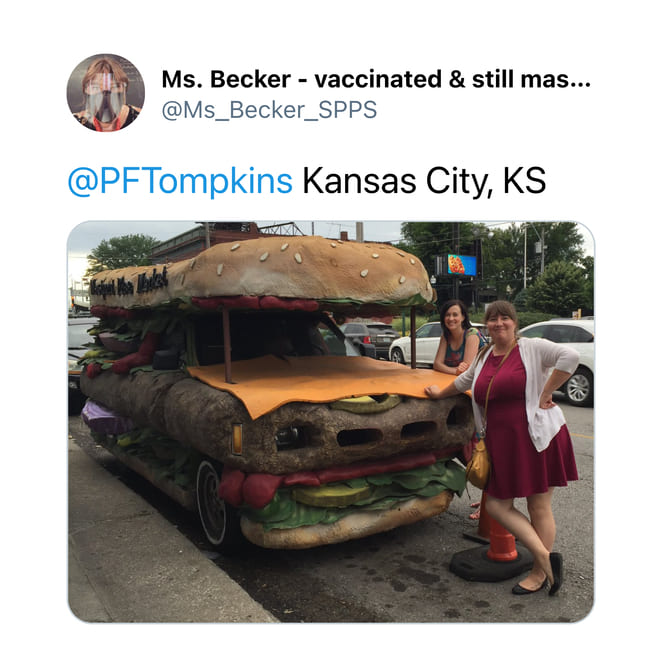 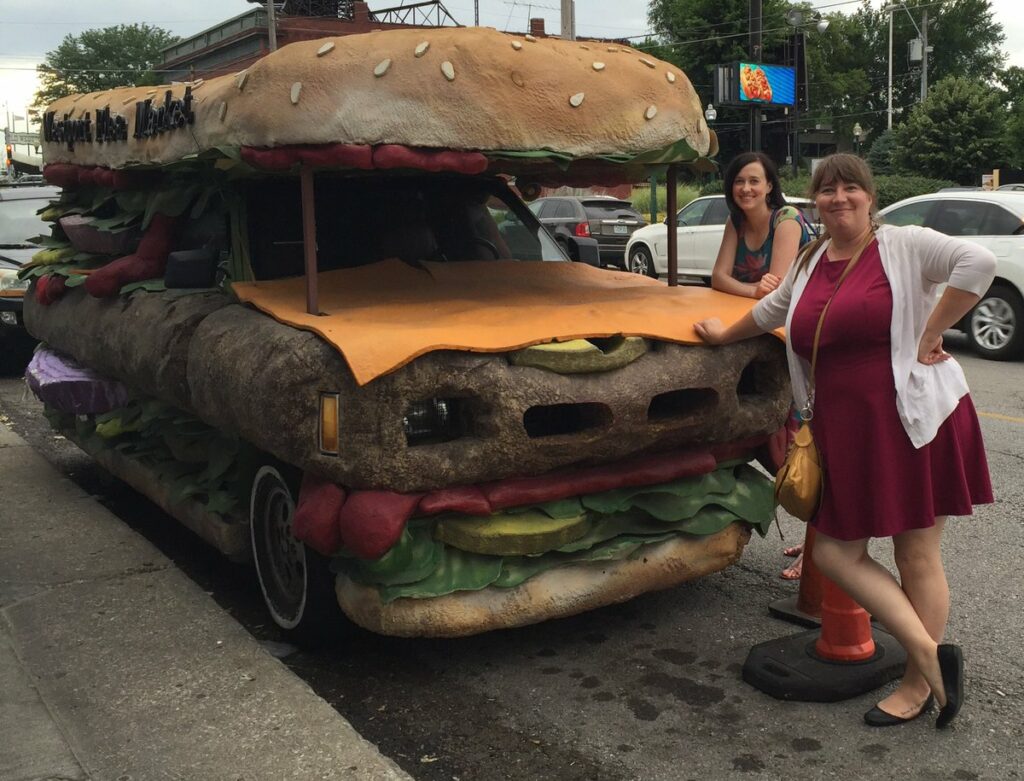 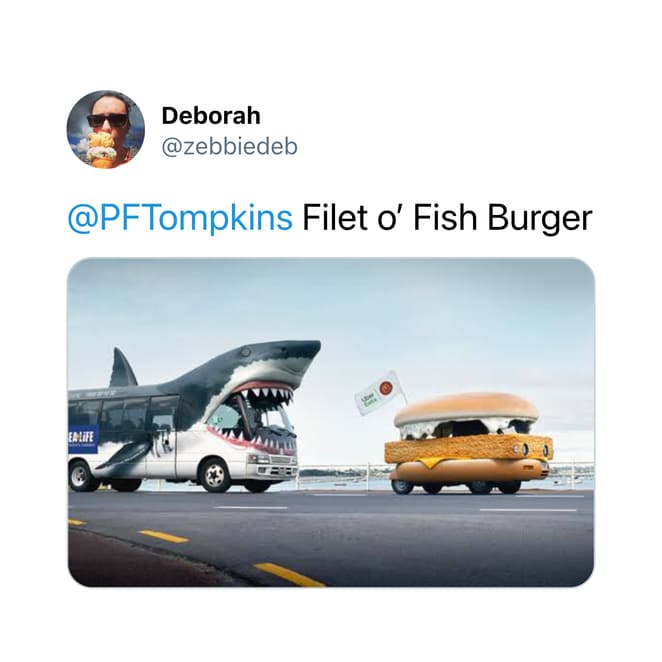 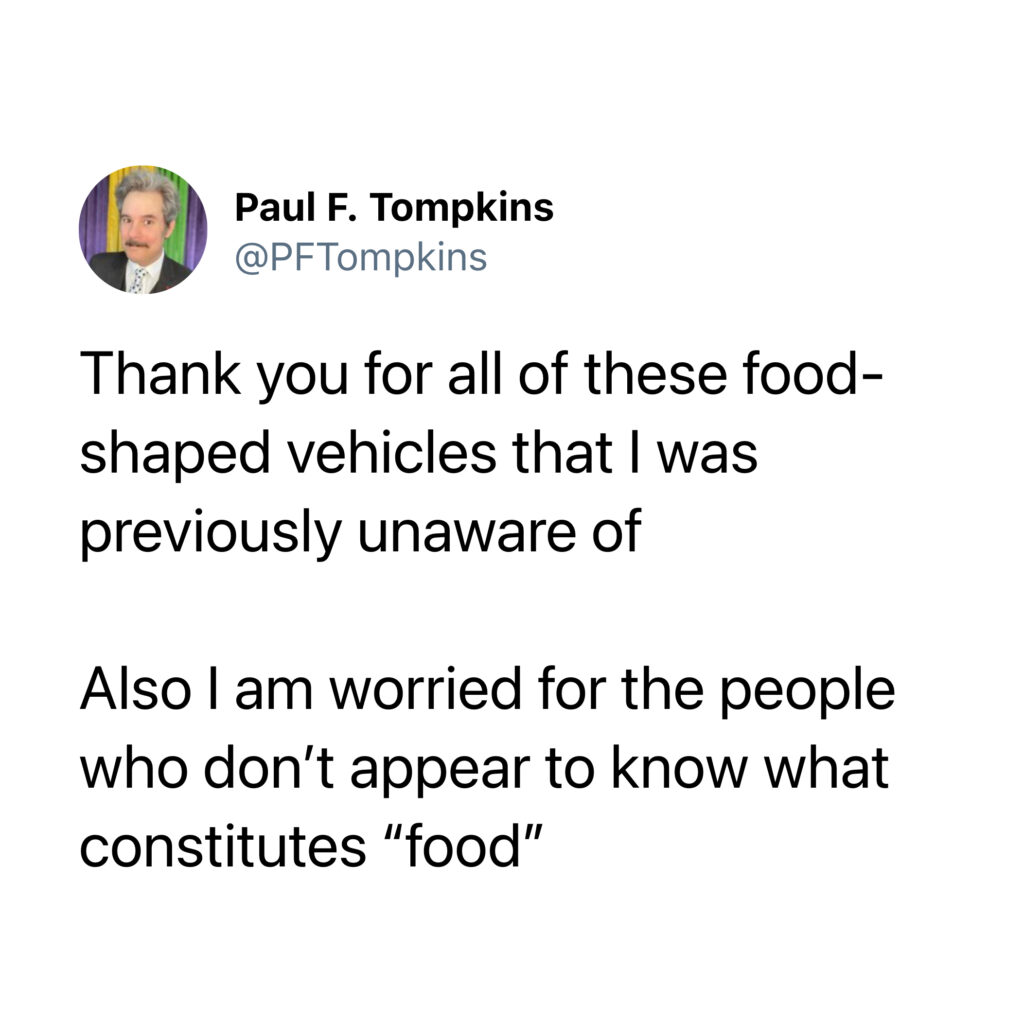 Did they miss any you’ve seen?