Back in my day, if you wanted to be cool you had to own the most Teenage Mutant Ninja Turtles action figures. Apparently, while I was measuring coolness by that standard, adults were out in the world being cool in different ways.

Consequently, the photos of people from the past are often much cooler than anything I personally have to offer. Honestly, all my photos from the 80s and 90s are of me watching The Fresh Prince in a bathrobe.

Now, I spend my day in a bathrobe watching The Fresh Prince while also writing up these articles! So, a lot has changed.

Thankfully, I can escape and see how cool and interesting people once lived. The Reddit forum r/OldSchoolCool brought us some legendary pictures.

Here are the best Old School Cool photos from the past month: 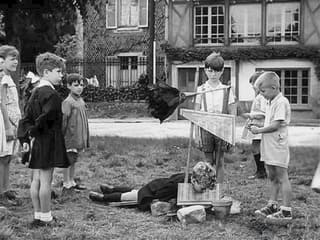 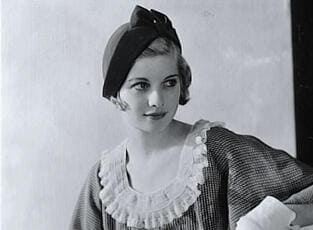 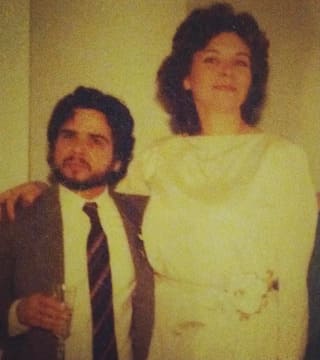 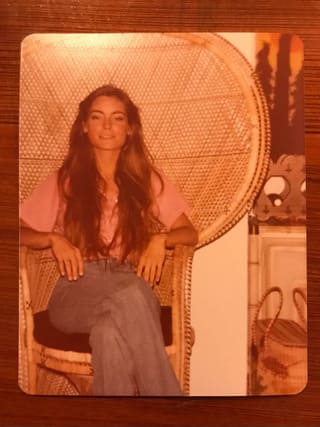 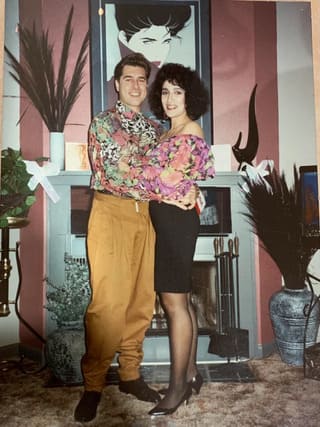 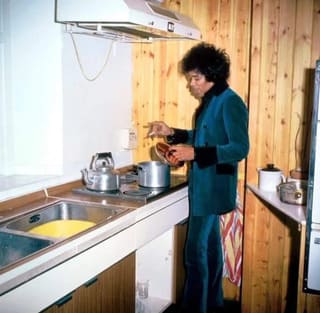 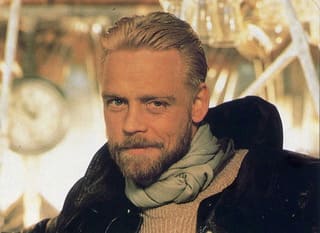 8. My grandma and her good friend Willie Nelson around 1980. 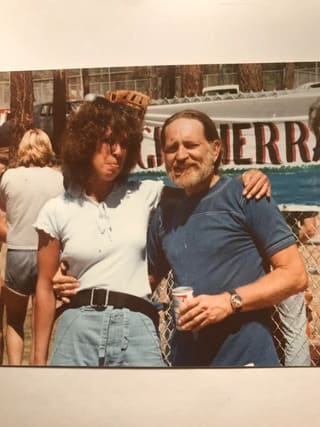 9. Me 30 years ago (1991). I took 2 years of my life to travel the United States from Alaska to Texas in my old 1950 chevy truck pictured there. Some of my most fond memories were being on the road during that time in my life. 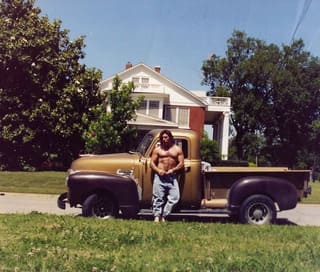 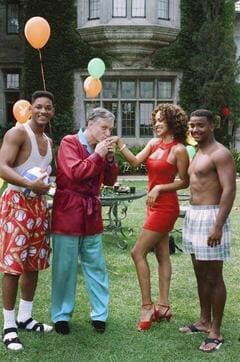 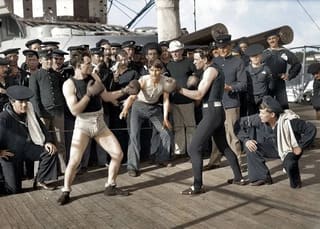 12. Me at age 20 in 1988 with a VW Bug I bought for $50. I made a BEACH PATROL stencil out of several taped together newspapers, then painted it with a can of spray paint in my driveway. 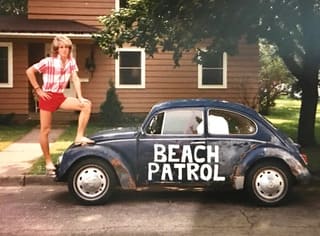 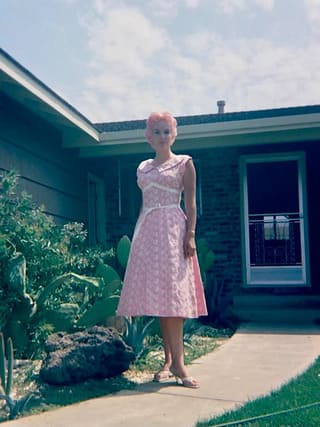 14. Little did I know that 38 years and a thousand projects later I would retire from the same firm. 1981. 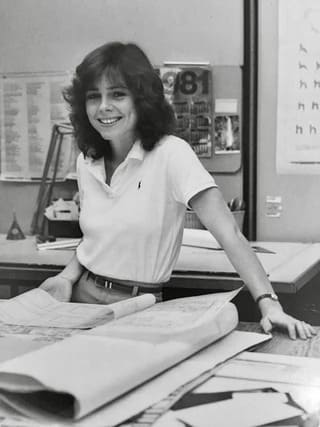 15. My Dad as a high school senior in the 60’s posing next to his stingray. He loves this picture and still talks lovingly about this car. 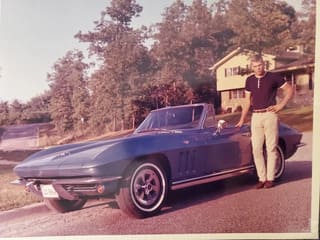 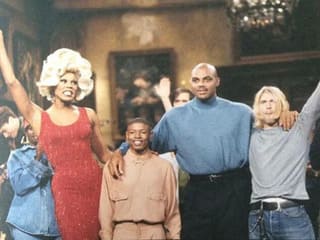 17. My dad pictured in 1948 wearing the specially tailor-made coat which cost him 3 months wages. I still have the coat. 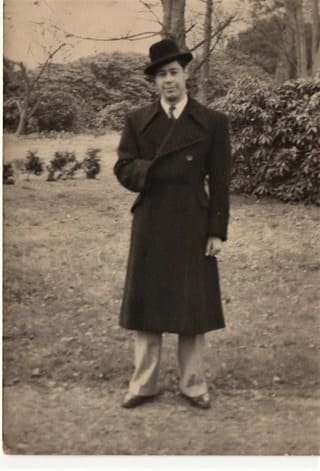 18. Today’s the 40th birthday of the IBM PC, so here’s me in ~1994 showing my 1st-place science fair project. I matched an original IBM PC 5150 against a Macintosh Plus in a series of chess matches. The Mac won every game. 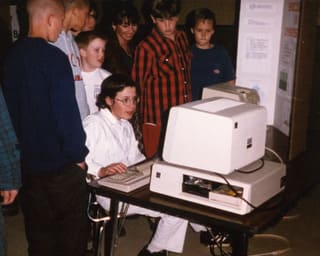 19. Motorola engineer John Mitchell with his phone on the streets of New York. Mitchell helped develop the design for the first mobile phone. 1973. 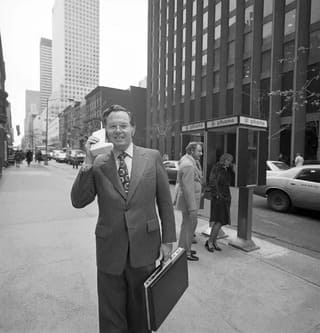 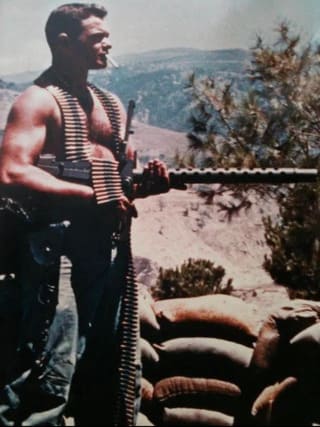 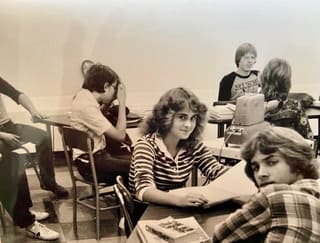 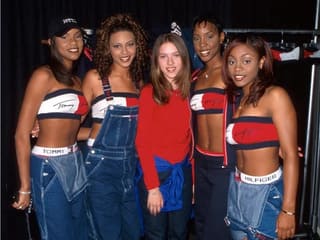 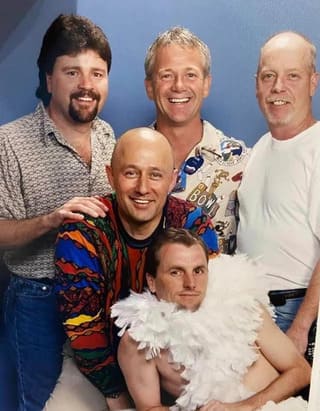 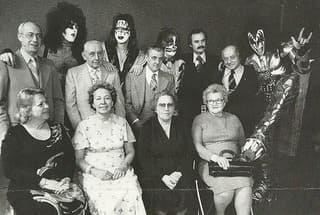 25. My Mom Deep Underground Caving Somewhere in Missouri in 1977. 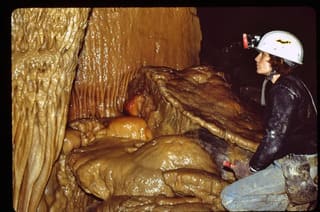 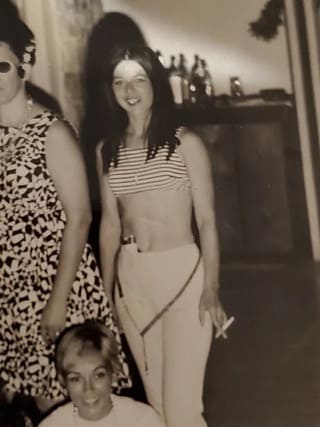 27. Just retired after 42 years as an obstetrical nurse, at the same hospital. Here I am at the start (1979) and end of my career! 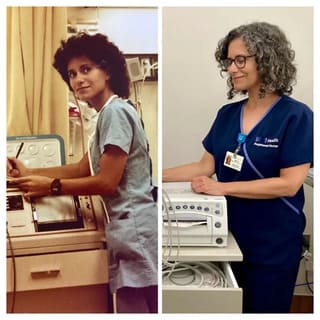 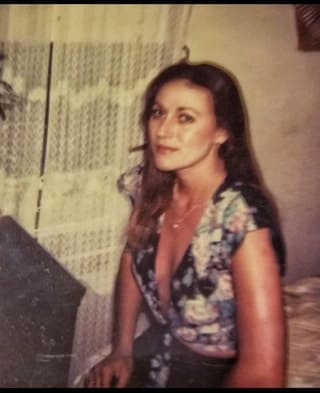 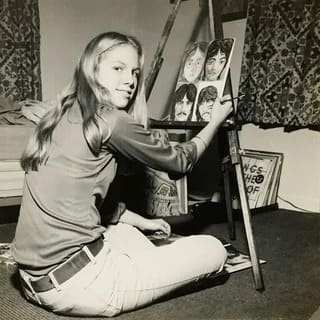 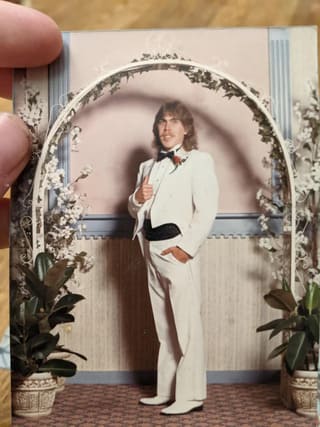