Today I learned that there’s a place online where people can share all of the neat, random, and interesting things with each other and the submissions are so great, we had to share them with you.

When I was in school I always thought that after I graduate, I must have learned everything there is to learn but we all know that’s ridiculous. We should learn something new every day, or at least try to.

So why not start with Reddit’s “Today I Learned” and then you’ll have something new to bring up the next time you’re at a wedding that you don’t know anyone at.

TIL about Tim Wong who successfully and singlehandedly repopulated the rare California Pipevine Swallowtail butterfly in San Francisco. In the past few years, he’s cultivated more than 200 pipevine plants (their only food source) and gives thousands of caterpillars to his local Botanical Garden. — AwesomeFrito

TIL when the Daughters of the American Revolution (DAR) denied permission to Marian Anderson for a concert at Constitution Hall under a “white performers-only”, First Eleanor Roosevelt resigned from the DAR and arranged for Anderson to perform before an integrated crowd of more than 75,000 people. — Iregretbeinghereokay

TIL about environmental activist Julia “Butterfly” Hill who lived in a 1500-year-old California redwood tree (known as Luna) 180 feet (55 mm) off the ground for 738 days to prevent it from being chopped down by Pacific Lumber Company. She successfully saved the tree. — AwesomeFrito

TIL that Javier Bardem’s performance as Anton Chigurh in ‘No Country for Old Men’ was named the ‘Most Realistic Depiction of a Psychopath’ by an independent group of psychologists in the Journal of Forensic Sciences. — abaganoush

TIL: When the Titanic rammed an iceberg, William Murdoch, the officer in charge, was portrayed in the film as shooting a passenger and then committing s**cide. In reality, he was last seen trying to fill as many lifeboats as possible and heroically went down with the ship. — Leoz_13

TIL GM recalled 800k cars in 2014 for faulty ignitions. The cars would shut off while being driven which meant drivers lost power steering/brakes, and the airbags wouldn’t deploy. They knew about the problem since 2005 but never fixed it because it would be too expensive. 124 people died. — rexmons

TIL that people with dementia think that stuff like a black doormat isn’t a doormat, but a deep hole in the floor. Due to these visual perception problems, people with dementia avoid stepping the doormat, and this is sometimes used to keep them from leaving their care facilities. — simulatislacrimis

TIL that “Baby, It’s Cold Outside” was written by composer Frank Loesser in 1944 for him and his wife to sing at the end of their housewarming party as a way to tell guests it was time to leave. Afterward, they were invited to tons of parties with the expectation of the song being the closing act. — Ben-Stanley

TIL When Neil Armstrong first stepped on the moon, inside his pocket was a small piece of fabric from the 1903 Wright Flyer — stonermeg

TIL: A camel after standing in 109 F (43 C) heat all day decapitated his absent-minded owner after he remembered to untie him. — LimeSugar

TIL of the Deep Lake Water Cooling System (DLWC), a natural cooling system that extracts cold water from deep within Lake Ontario, and then transfers it through a system of pipes and exchanges to cool downtown Toronto. Compared to a traditional air conditioning system, it uses up 75% less energy — NorthNorthSalt

TIL in 1997 a Danish woman visiting New York City was arrested and strip-searched for leaving her baby in a stroller outside a restaurant while she and the baby’s father dined inside, a common practice in Denmark. She later sued the city and was awarded $66,000. — david-saint-hubbins

TIL Isaac Asimov wrote or edited more than 500 books, 380 short stories, and an estimated 90,000 letters and postcards. He was a professor of biochemistry at Boston University. He had a triple bypass in 1983 during which got HIV from a blood transfusion which was kept secret until 10 years after his death — photoalbumguy2

TIL Jurassic Park was meant to use stop motion instead of CGI, but two artists worked on a CGI T-Rex in secret, and once they finished it, they quietly put a video of it on screen when Kathleen Kennedy visited their office. the video convinced Kennedy, Spielberg, and the rest of the team to use CGI. — TotallyJournalist

TIL The prototype of the Rolls Royce Ghost was so quiet inside that it made test drivers sick. The engineers had to remove some of the noise-isolating material and create seats that vibrated at specific frequencies to introduce some noise into the interior. — splityoassintwo

TIL the nurse, Caroline Hampton, helped popularize surgical gloves. She almost quit her job as a surgical nurse at John Hopkins due to severe hand eczema caused by surgical disinfectant until her boss bought her custom rubber gloves. Other staff members copied this and found they made work easier. — dilettantedebrah

TIL Ian Fleming originally wanted Bond to be an extremely dull, uninteresting man to whom things happened. He chose James Bond because it was the dullest name he had ever heard. — puppiadog

TIL of Daniel Kish. Blind since the age of 13 months old, he taught himself to navigate by clicking his tongue and listening for echoes, similar to echolocation in bats. Kish and other researchers believe that echolocation produces images similar to sight. — IphtashuFitz 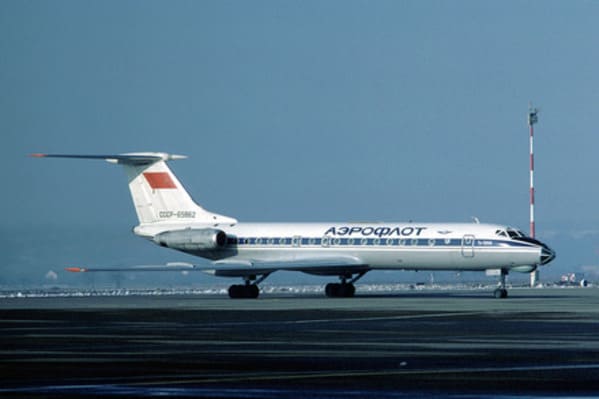 TIL in 1986 a Russian commercial pilot made a bet with the first officer that he could land blind with curtains over the cockpit windows. He lost the bet, crashing and killing 70 people — TROLL_CALIBER

TIL if a camel rejects her newborn or there’s a need to adopt an orphaned calf, Mongol herders use a chanting ritual accompanied by fiddle or flute to coax her into accepting the calf. The camel mother may act aggressively initially, so the herders will change the melody depending on her behavior — Brutal_Deluxe_

TIL that in 2002, two airplanes collided in mid-air killing everyone aboard. Two years later, the air traffic controller was murdered as revenge. — puppiadog

TIL a cancer treatment known as Dynamic Phototherapy has the side effect of giving humans a slight level of night vision. Under this treatment, the retina becomes able to process light at wavelengths higher than the visible light domain. — The_Ry_Ry

TIL Boris Mikhailov, captain of the USSR hockey team, was offered a $1 million contract to leave Russia in 1980 after the Miracle on Ice. However, he declined as the KGB was standing next to him when the offer was made. — MarineKingPrime_ 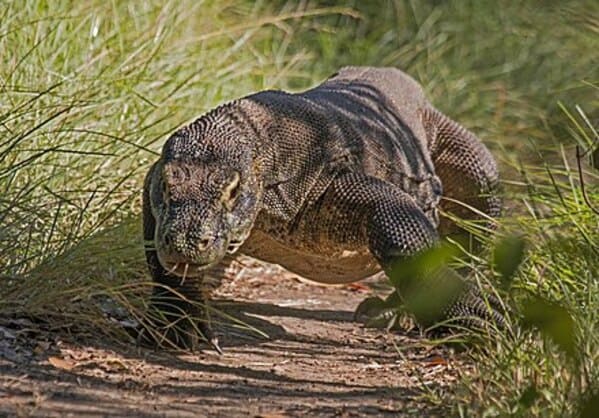 TIL a park ranger sat down in his office on Rinca Island and was attacked by a Komodo dragon hiding under his desk. The cleaner had left the door open the night before. The smell of blood attracted more dragons outside. The ranger was taken to the hospital and survived but he has nightmares. — AwesomeFrito

TIL that the name George has the same root word as Geography and Geology, and means “Earth worker” or farmer. — Thundermijo

TIL studies show the reason why we “click” with certain people is due to people’s brain waves being synced in wavelengths called the alpha–mu band, or what scientists call brain-to-brain coupling, and mirror each other neurologically in terms of what they are focusing on. — operator139

TIL that the violin that was played as the Titanic sunk was rediscovered in an attic and auctioned off for $1.6 million in 2013. — Realistic_Work_5552