Never underestimate the power of memes. In an attempt to capitalize on the surge of ‘Morbius’ memes online, Sony decided to re-release the movie, but it bombed at the box office once again.

The movie was originally supposed to be released back in 2020, but of course, the pandemic delayed it. When the movie was finally released, it was met with harsh reviews from critics and moviegoers, but memes about the movie took over social media.

It’s evident that even Jared Leto got a kick out of the memes, particularly one in which Twitter user @rhidaneelolivaw tweeted, “it’s morbin time.” The line is a play on the Power Rangers’ catchphrase “It’s Morphin’ Time”

What time is it? pic.twitter.com/IuWR72WCc9 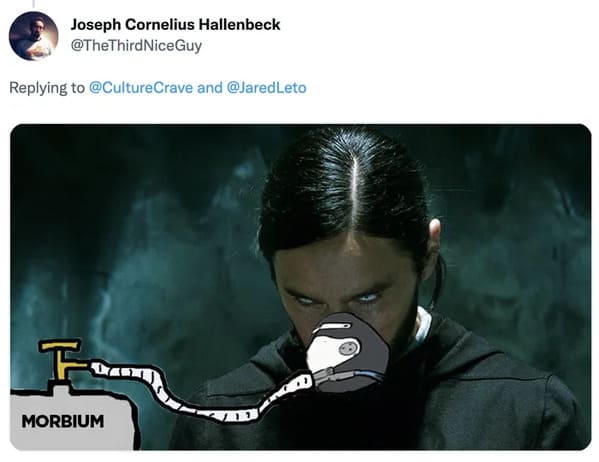 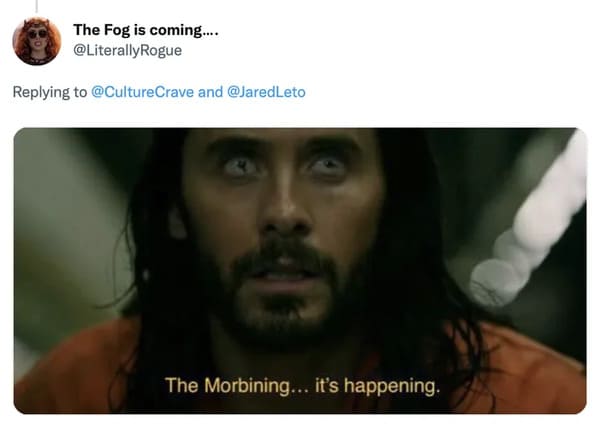 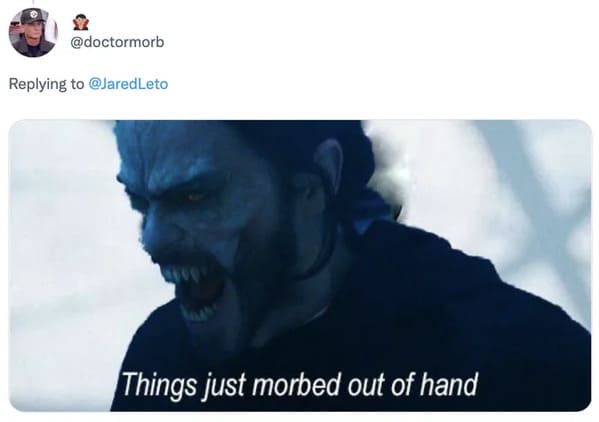 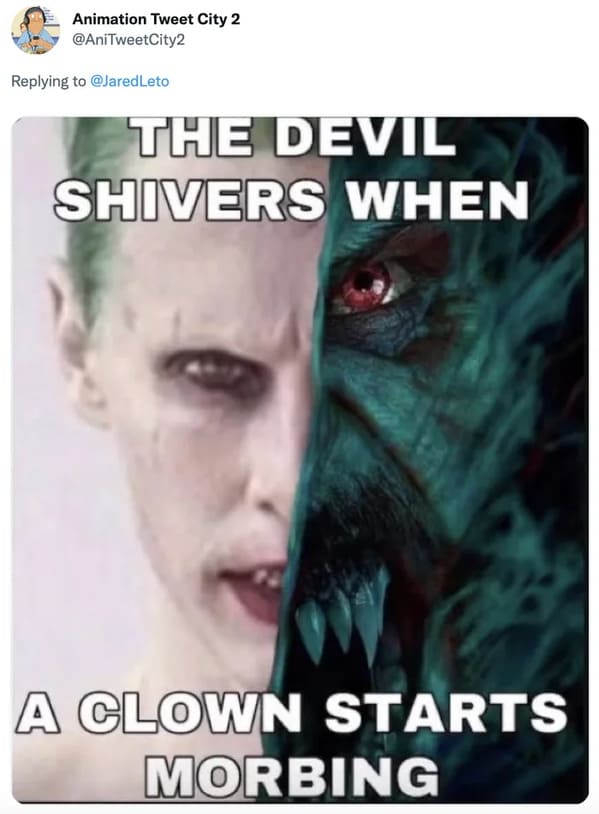 Sony re-released the film, confusing memes for interest in seeing the movie, and it bombed again at the box office.

According to Forbes, ‘Morbius’ brought home just $85,000 on Friday after returning to more than 1,000 theaters. 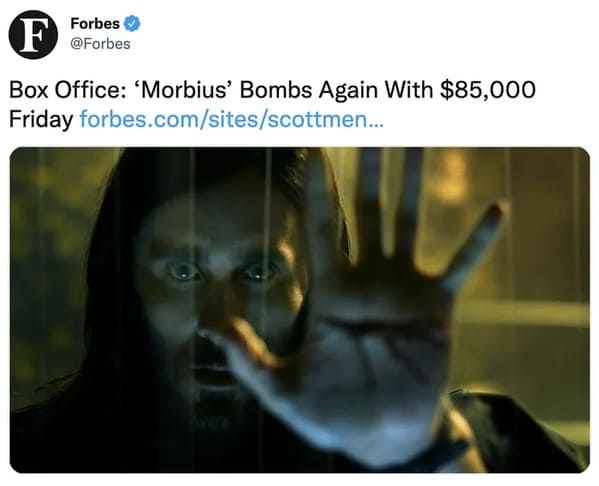