Renowned French physicist Etienne Klein is apologizing for a photo he shared which he claims was taken from NASA’s new space telescope but it was really just a slice of chorizo. 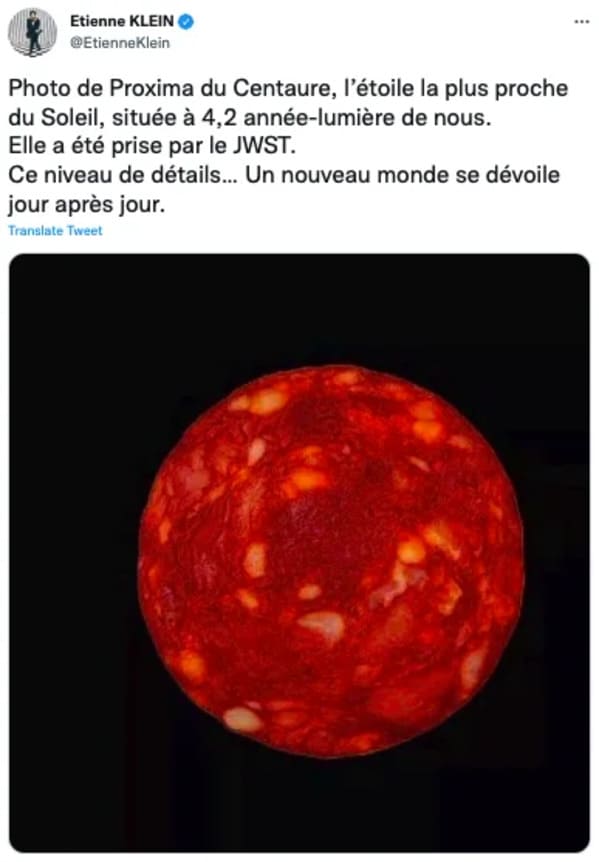 The tweet reads, “Photo of Proxima Centauri, the closest star to the Sun, located 4.2 light years from us. She was taken by the JWST. This level of detail… A new world is revealed day after day.”

Twitter users were quick to notice that the photo posted by the physicist was in fact a slice of Spanish sausage, others, not so much. 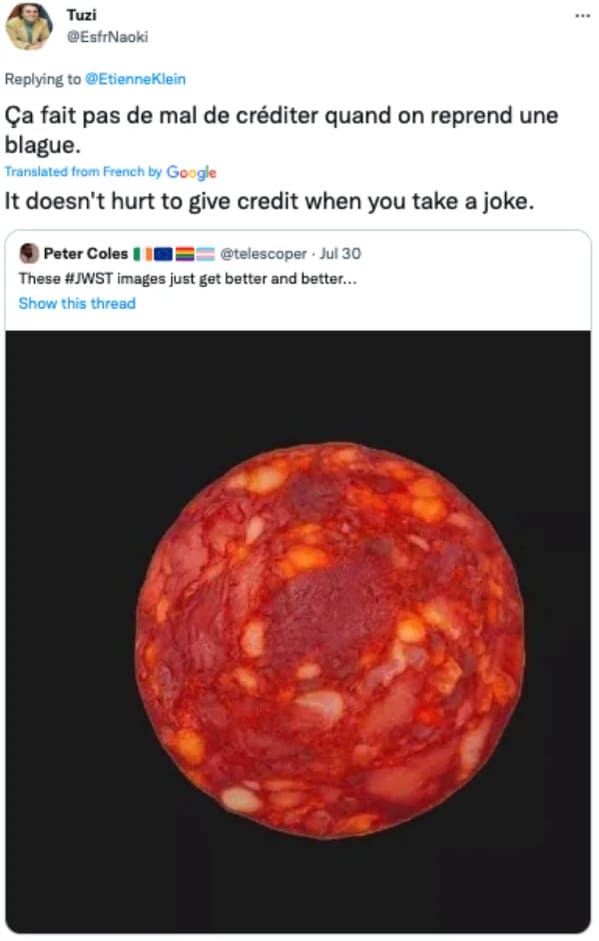 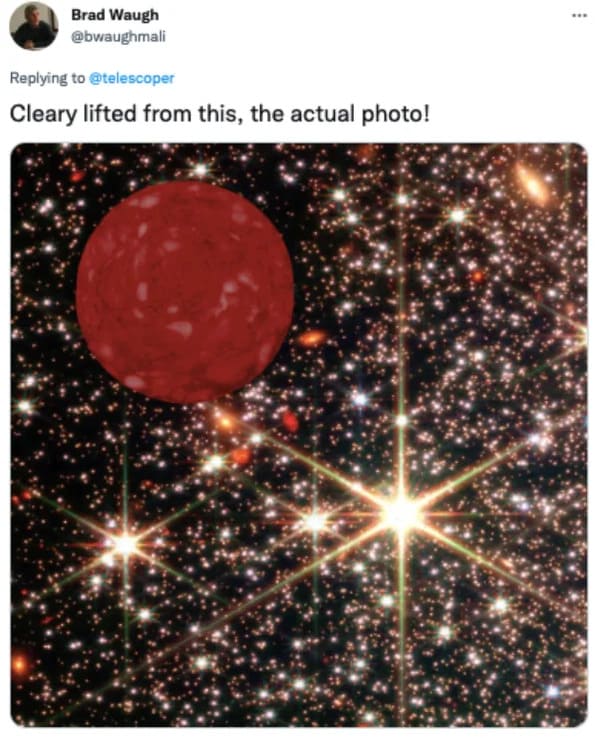 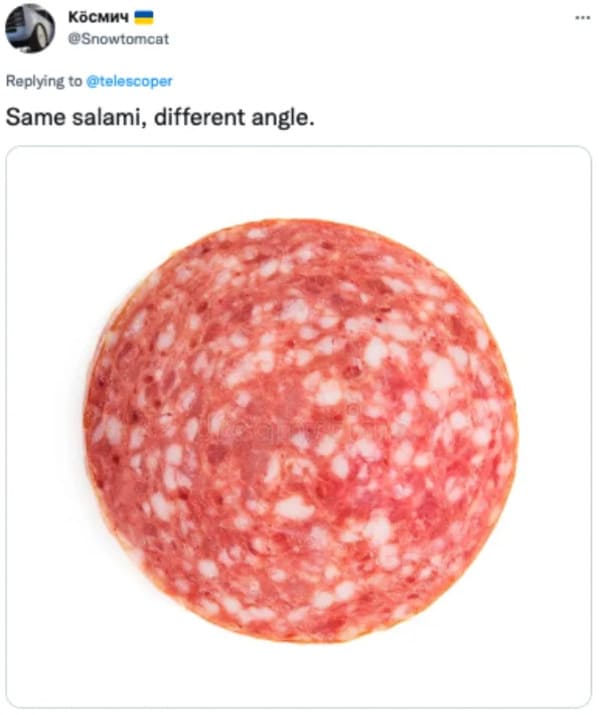 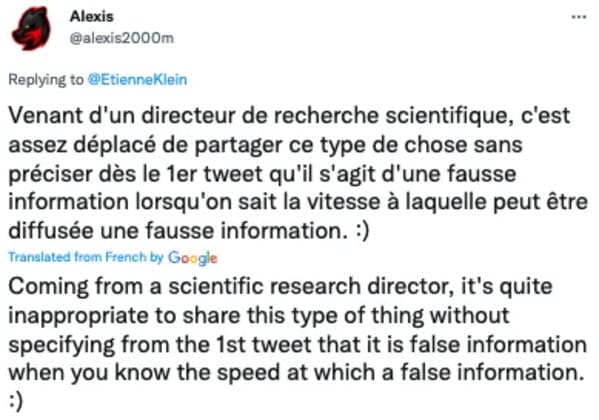 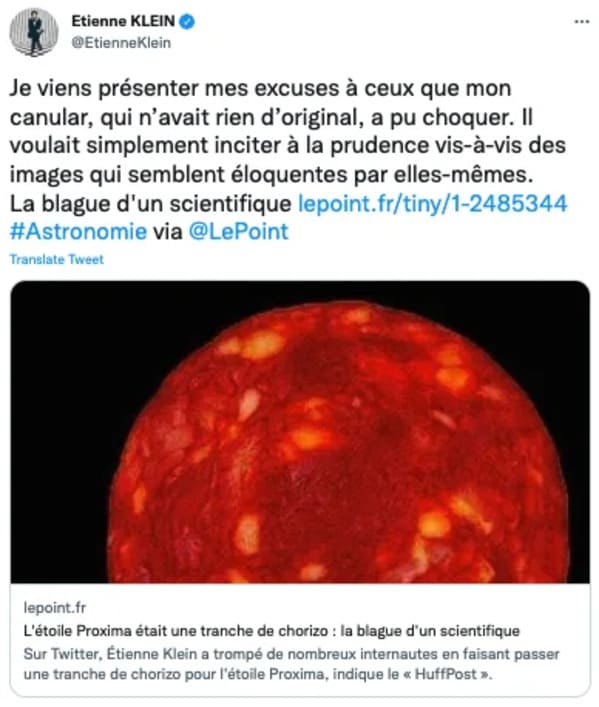