Iceland looks so magical. Like if it wasn’t confirmed that it was an actual place, I wouldn’t believe it exists. It’s some real life Game Of Thrones land sh*t.

These people have been there and have the pics to prove it. The place looks so dang cool.

1. Today I drank straight from an Icelandic glacier. The finest of H20. 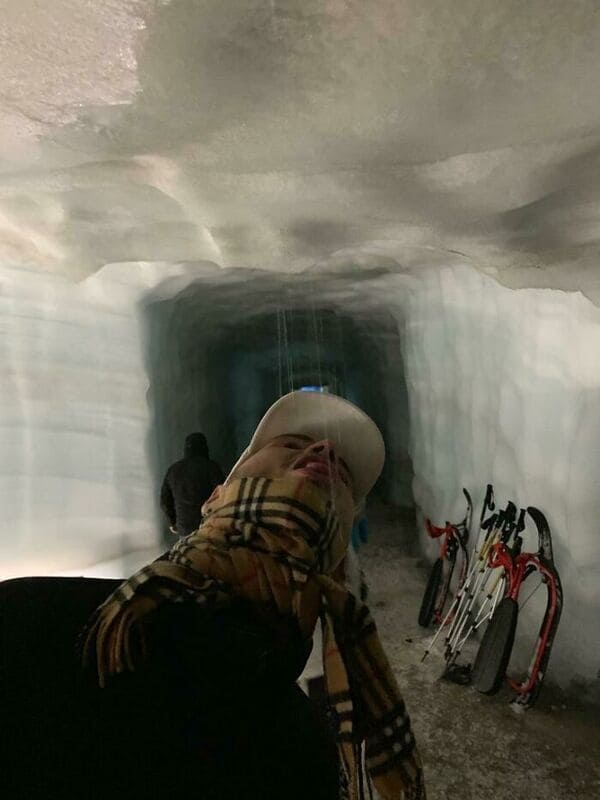 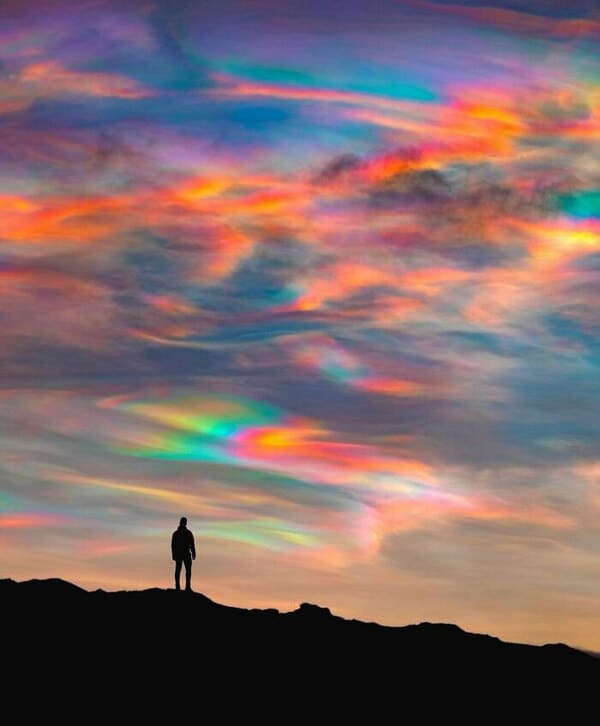 3. Fun Fact: Iceland is full of rainbows! Their rainbow paths were created to show their immense support for pride, diversity, and acceptance! You can find rainbow roads and real rainbows all throughout this gorgeous country. 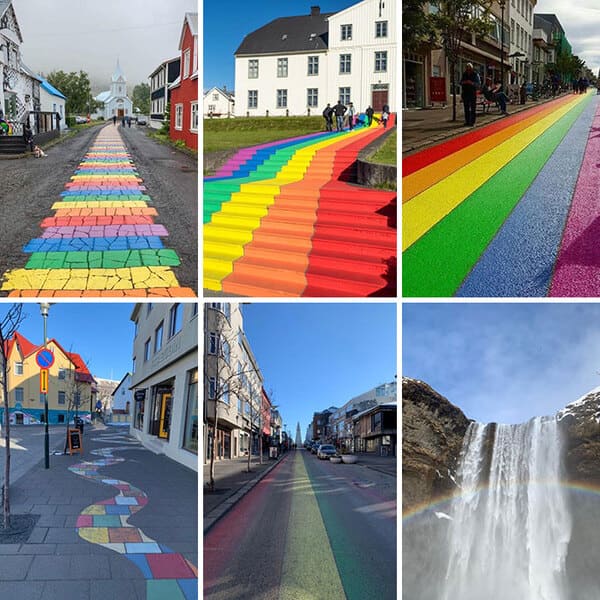 4. This street in Iceland 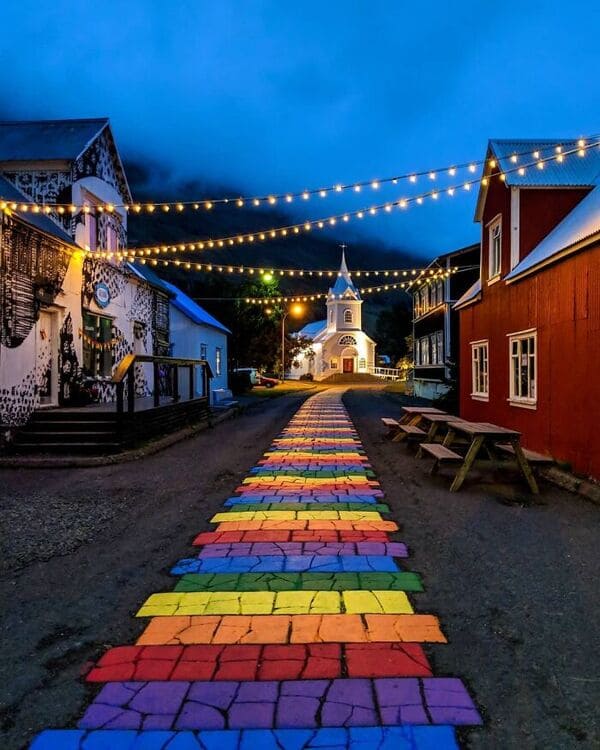 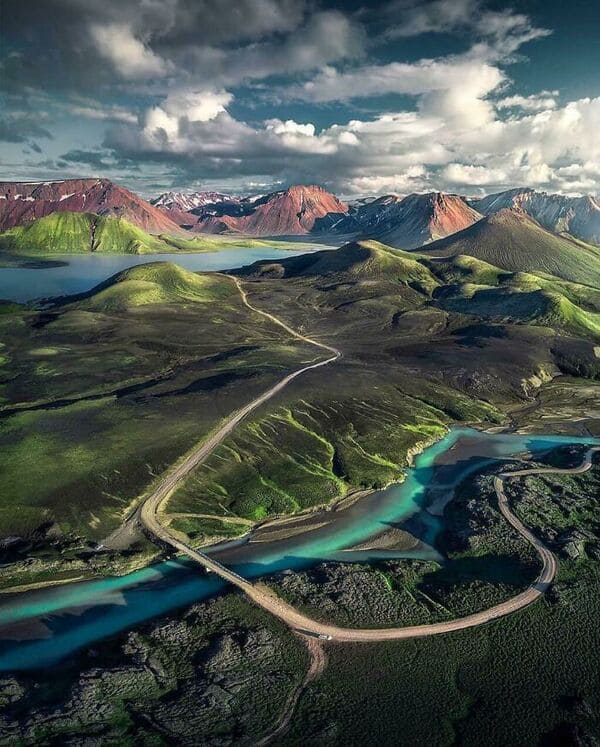 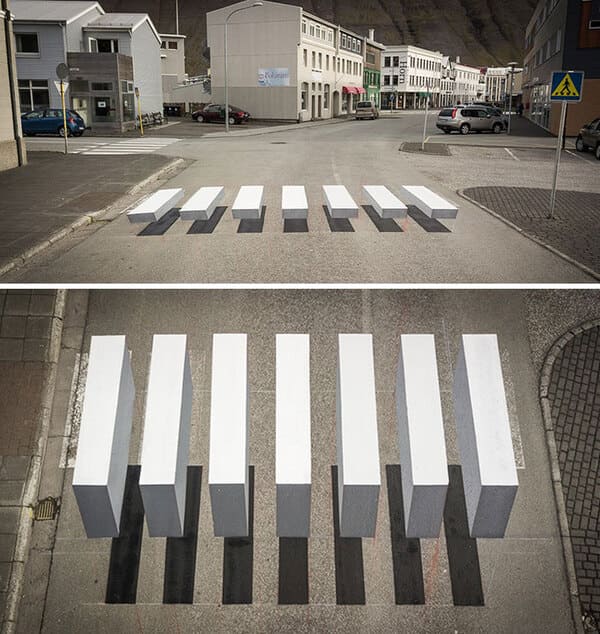 7. This is how Glacier Rivers looks from above in Iceland. 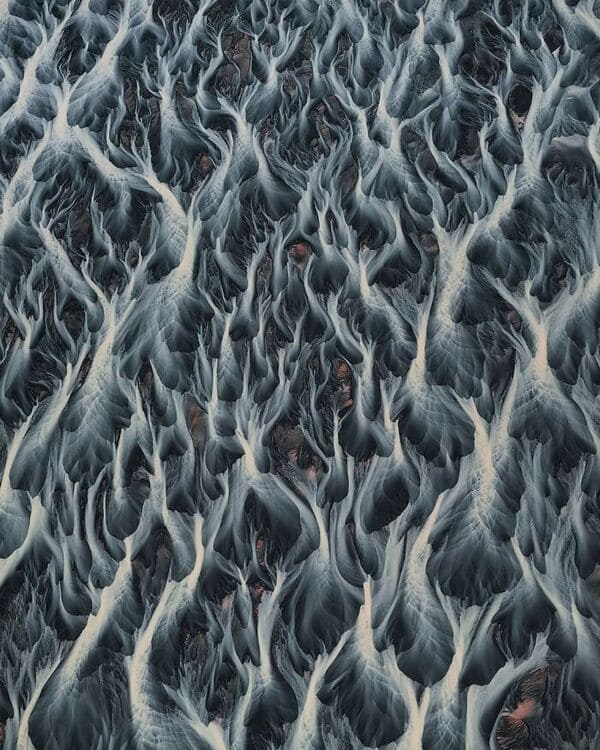 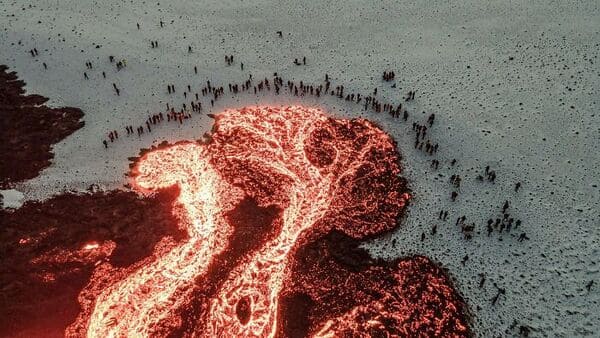 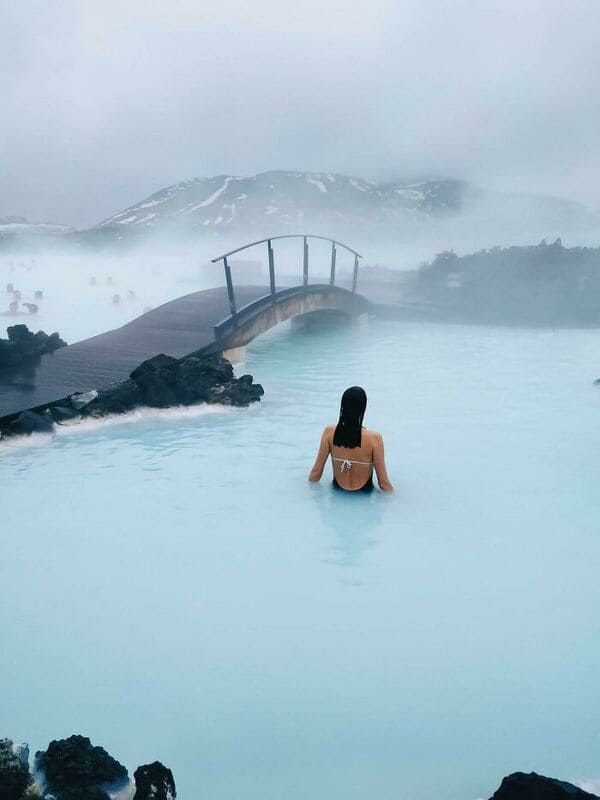 10. This poster under a camera in Iceland 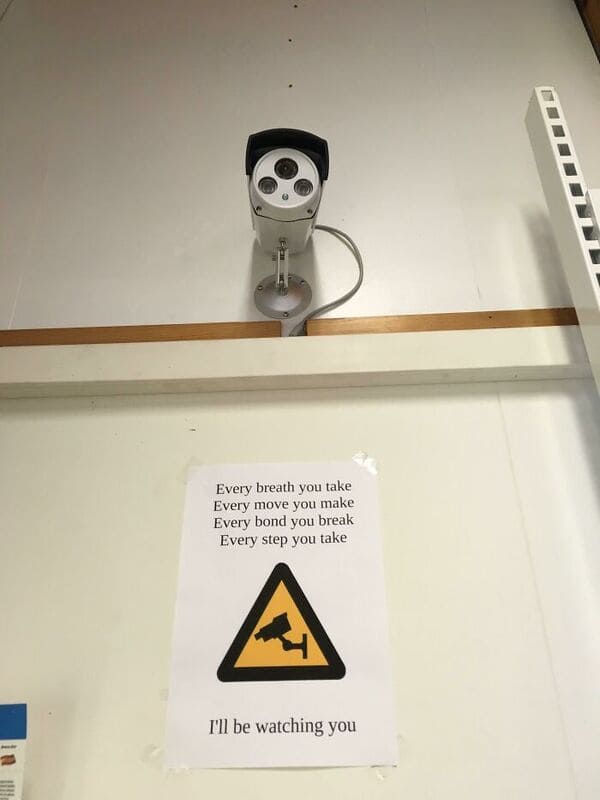 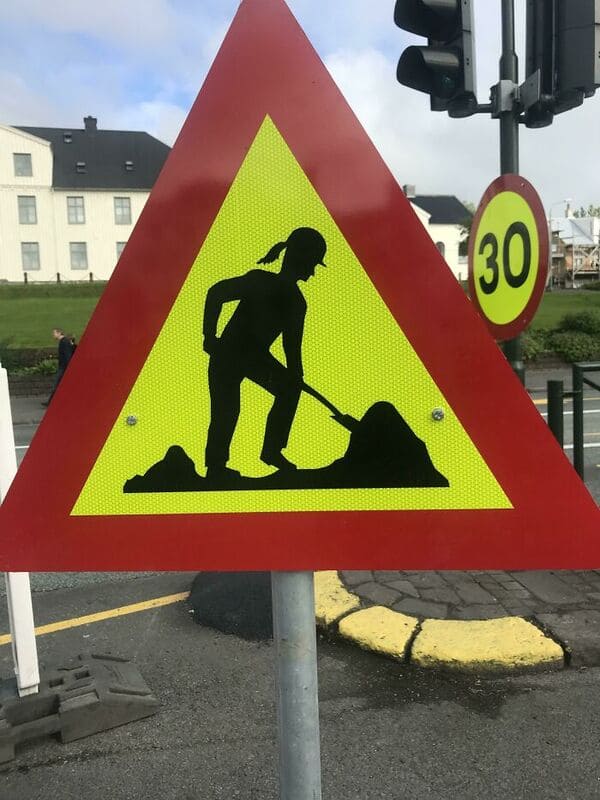 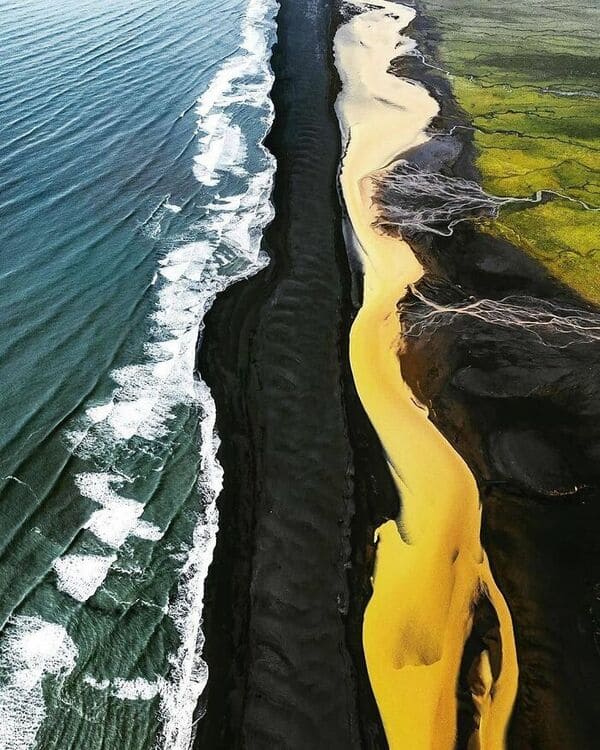 13. This is the last Mcdonalds burger sold in Iceland 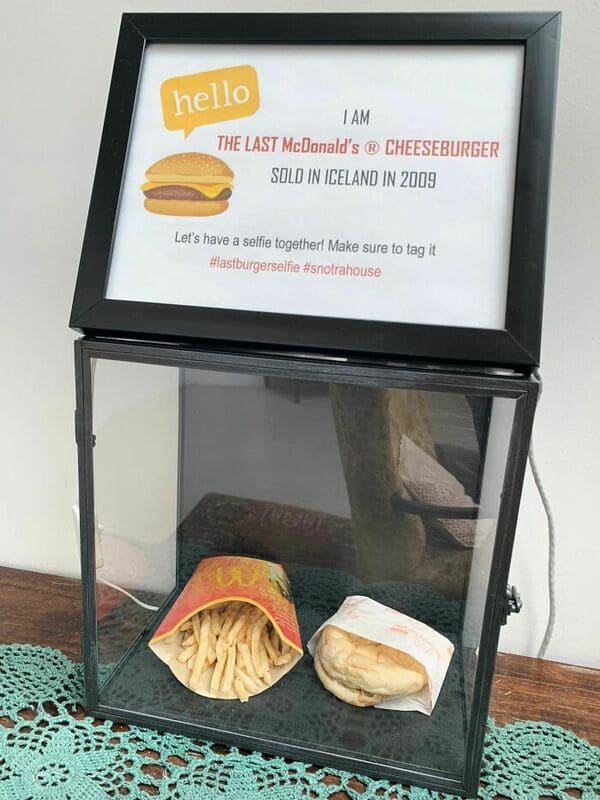 14. Icelandic girl watering the rooftop of a restaurant in downtown Reykjavik 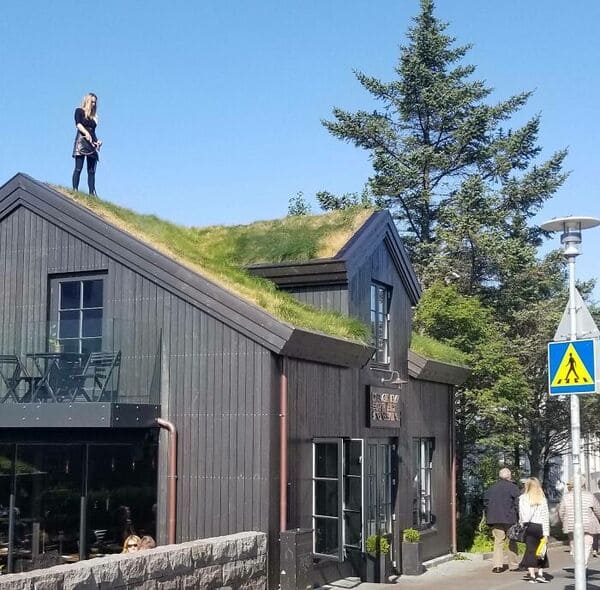 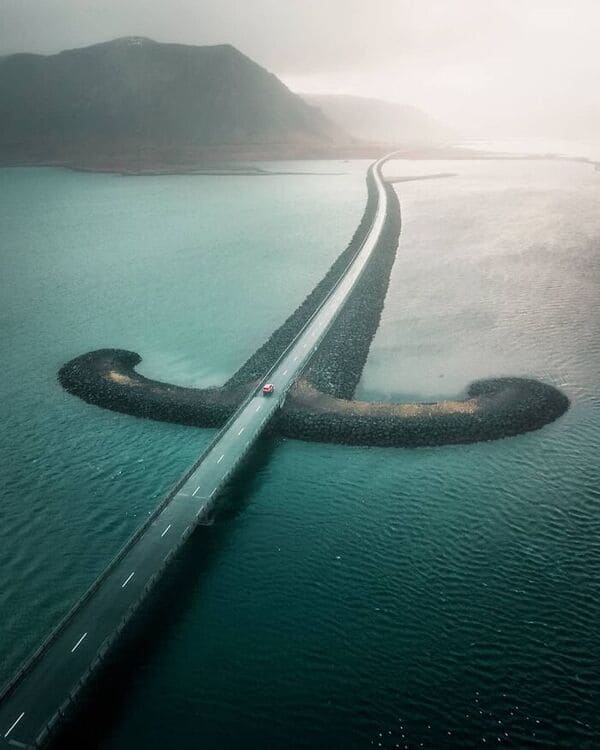 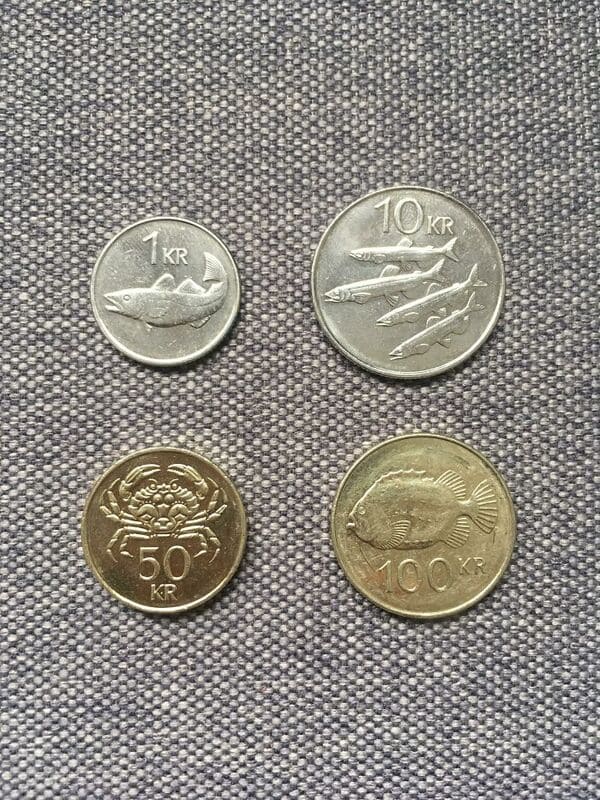 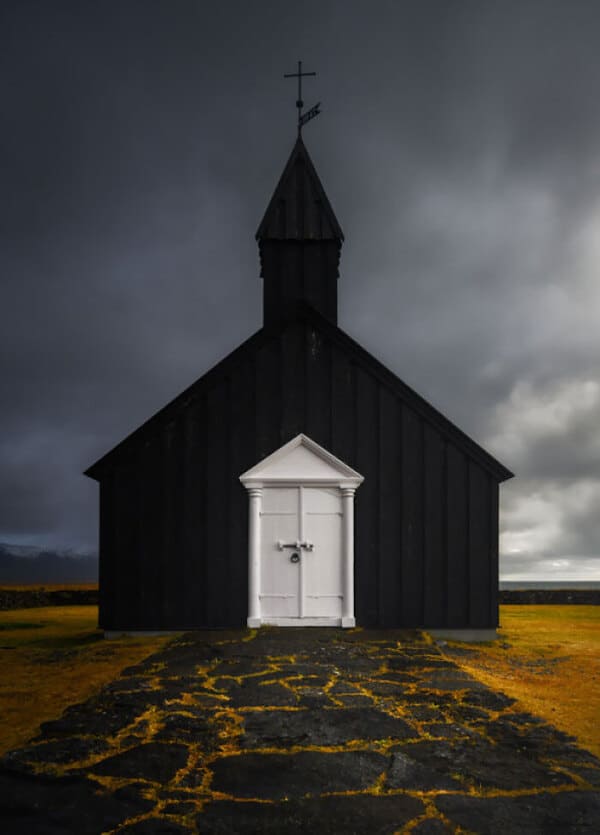 18. There are places in Iceland where you can be standing on the North American and European tectonic plates at the same time. This rift was from an earthquake 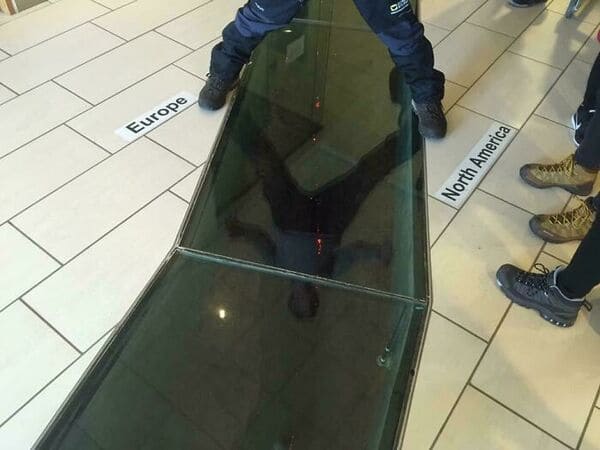 19. My sister rented a flat here in north of Iceland for Christmas, this is her view. 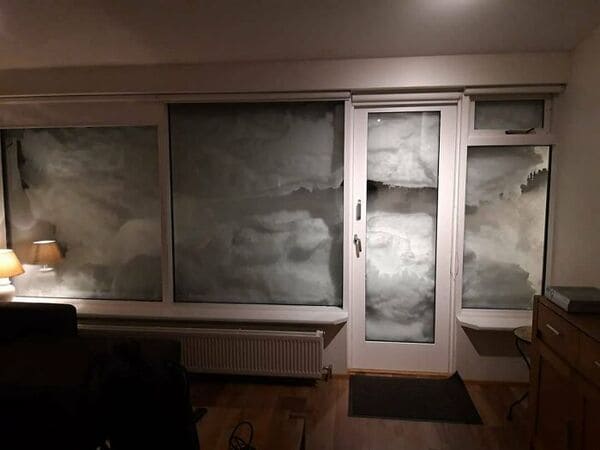 20. Laugarvatnshellar Caves. House Built Into A Hill In Iceland. 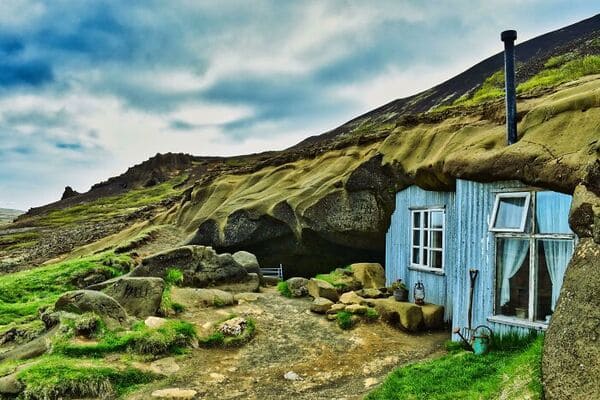 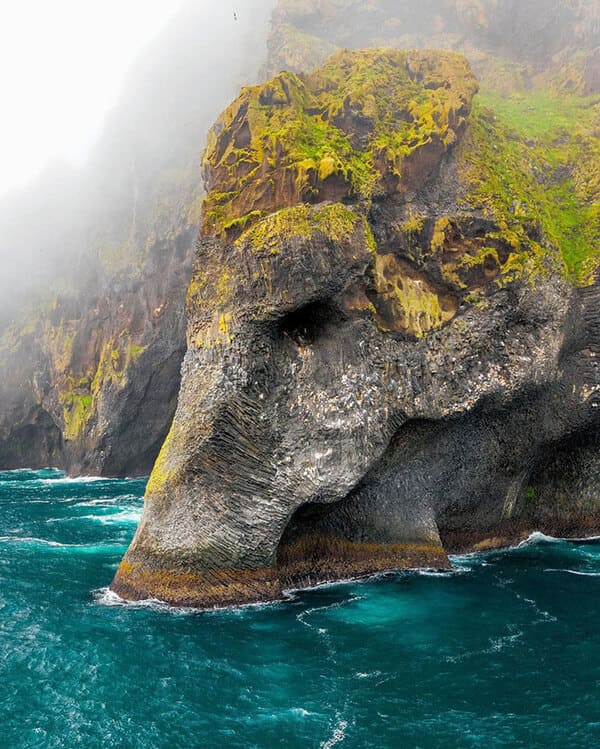 22. In Hólavallagarður cemetery, Iceland, it’s said trees are planted on graves as a old Norse tradition. You can touch the trees as a way to connect with the deceased. 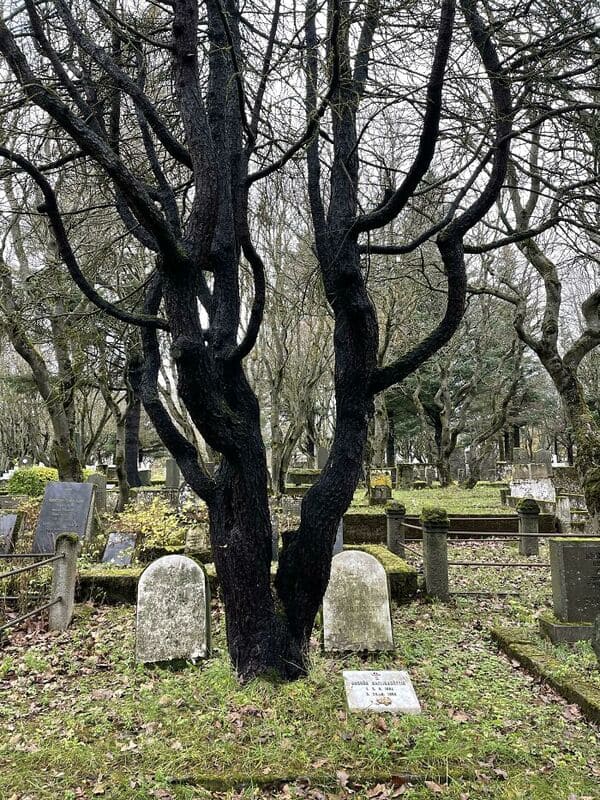 23. Went to see a volcano that is only a couple of kilometres away from my home. This volcano has been erupting for the past months in Iceland. 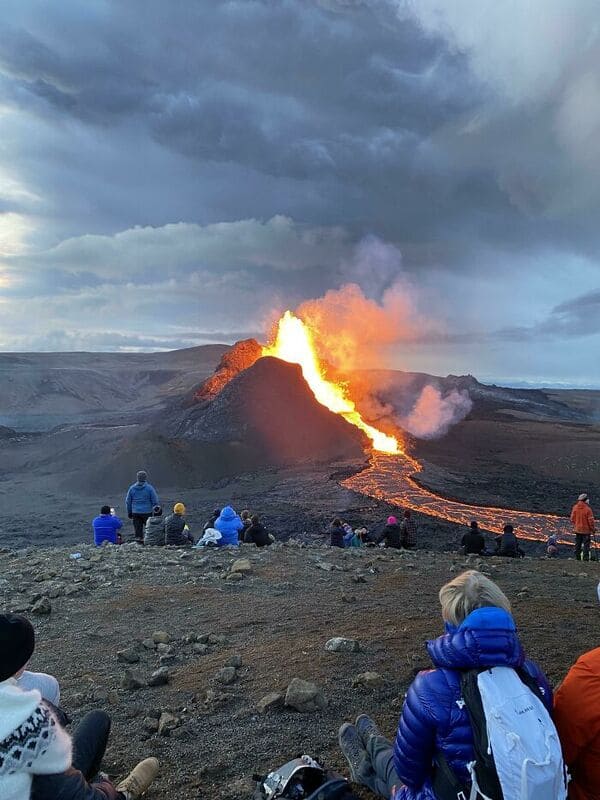 24. Fun fact: the sheep population of Iceland is more than double the human population 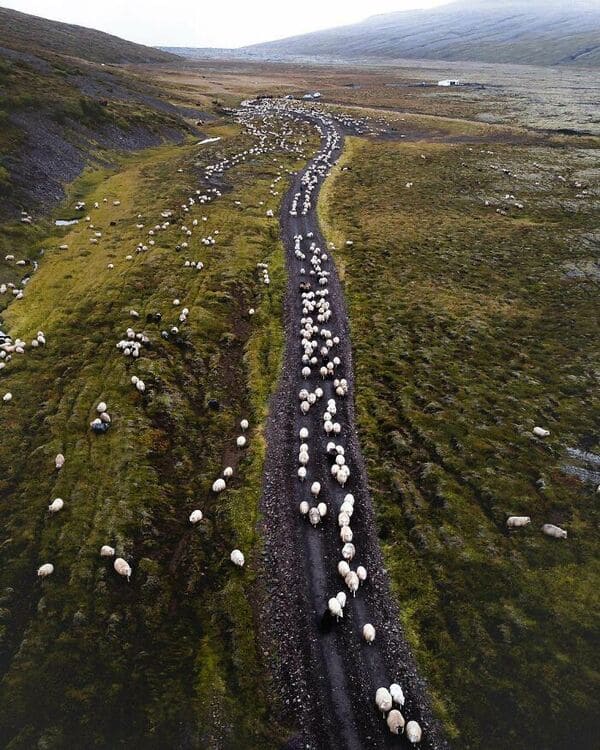 25. This gate made from an old bike in Reykjavik 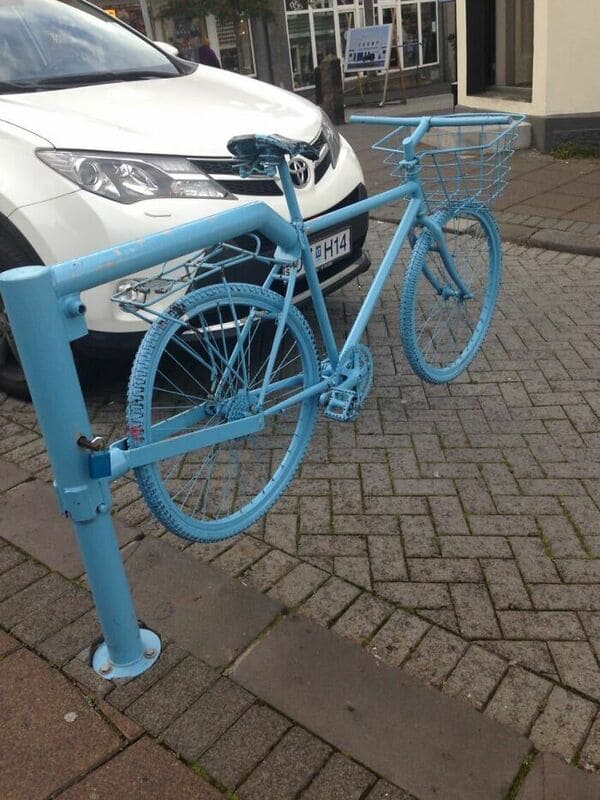 26. My hotel phone in Iceland has a special button that will wake you up if there are northern lights in the sky. 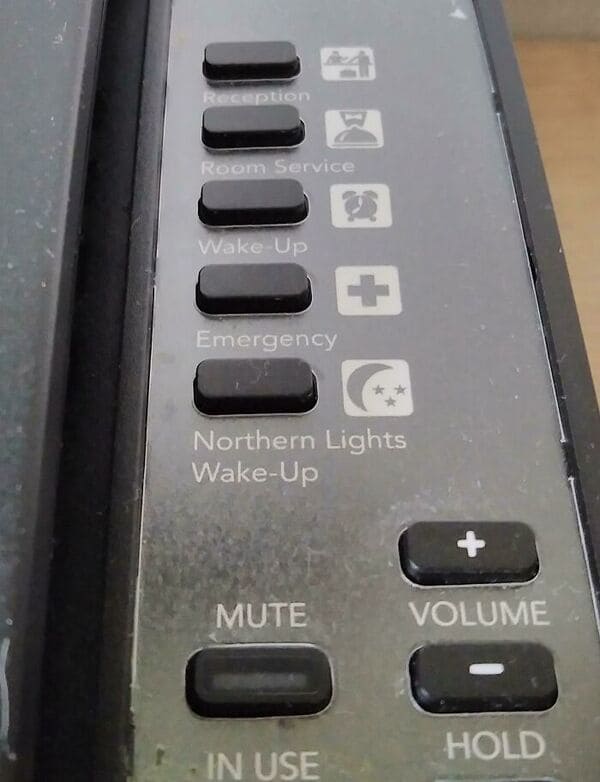 27. Iceland does not want to deal with your stupidity – and i think that’s beautiful 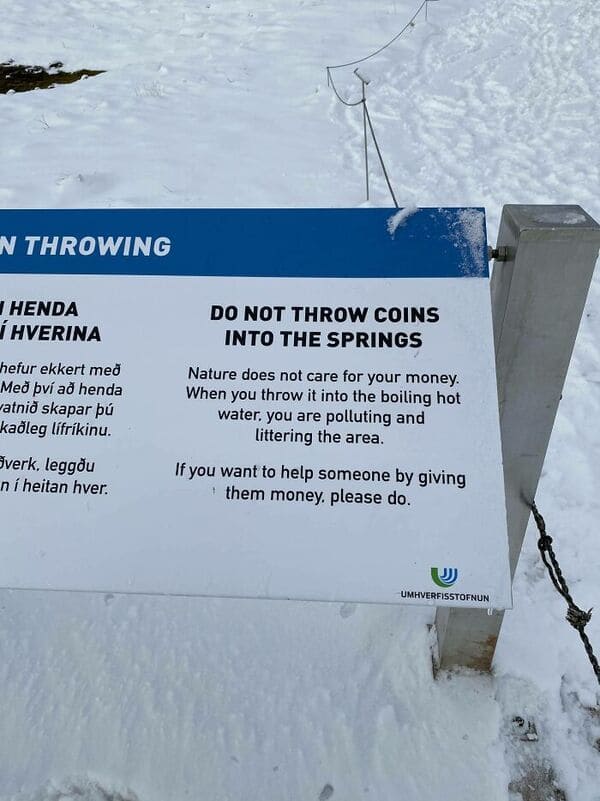 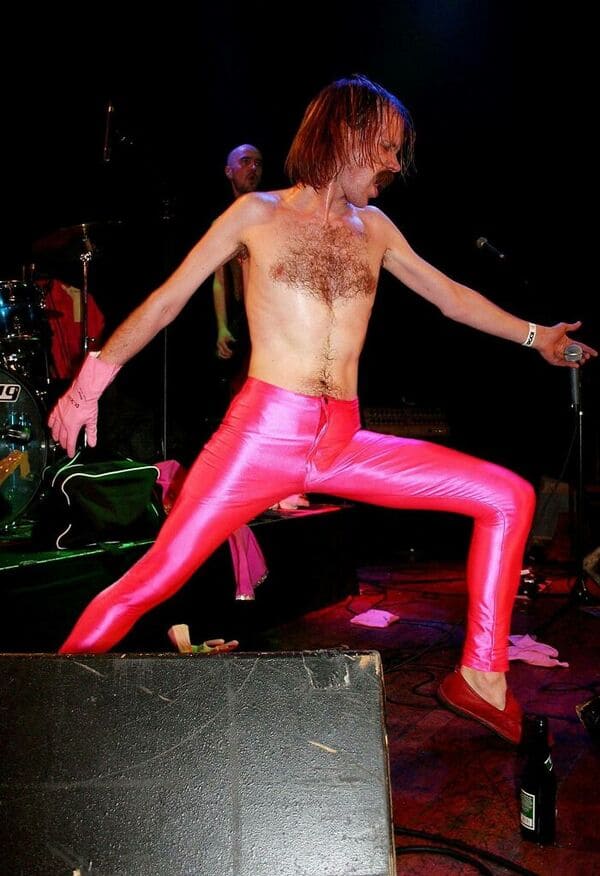 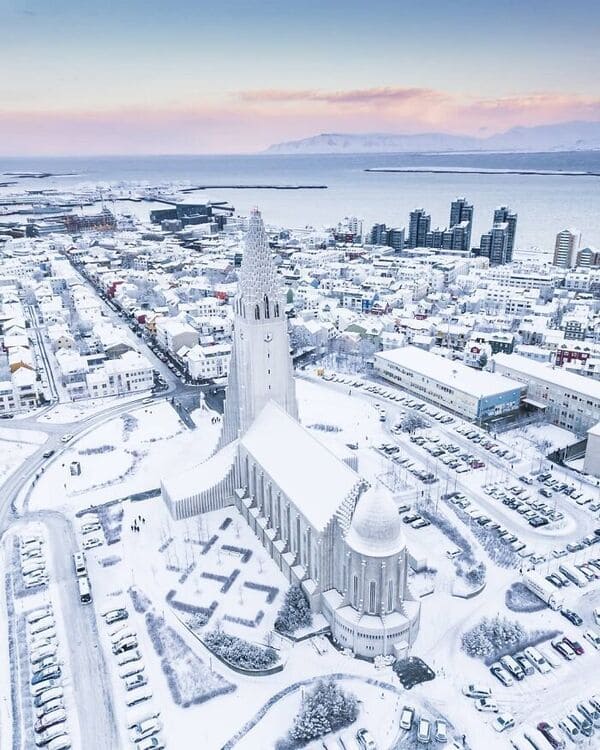