While Mike Primavera already does a pretty damn good job with his coed weekly funny tweet roundup, we also think that until women get paid as much as men, it’s our duty to single out funny female tweets. Here’s what fire the funny ladies of the Tweeter brought this week.

DISCLAIMER: the headline “23 Women Who Made Us Piss Our Pants Laughing This Week” is a bit misleading. Truth be told, no one makes us piss our pants. We do it because we like it.

Here is my mother as Rick James for Halloween . I’m yellinggggg pic.twitter.com/U10chlFC2q

This Halloween, Heidi Klum dressed up as what I think I look like compared to Heidi Klum. pic.twitter.com/uPwQi5rNBI

getting a “can we reschedule” text right before leaving the house pic.twitter.com/vnlpriaFZS

This teapot is giving me attitude pic.twitter.com/sGm6hxsB3M 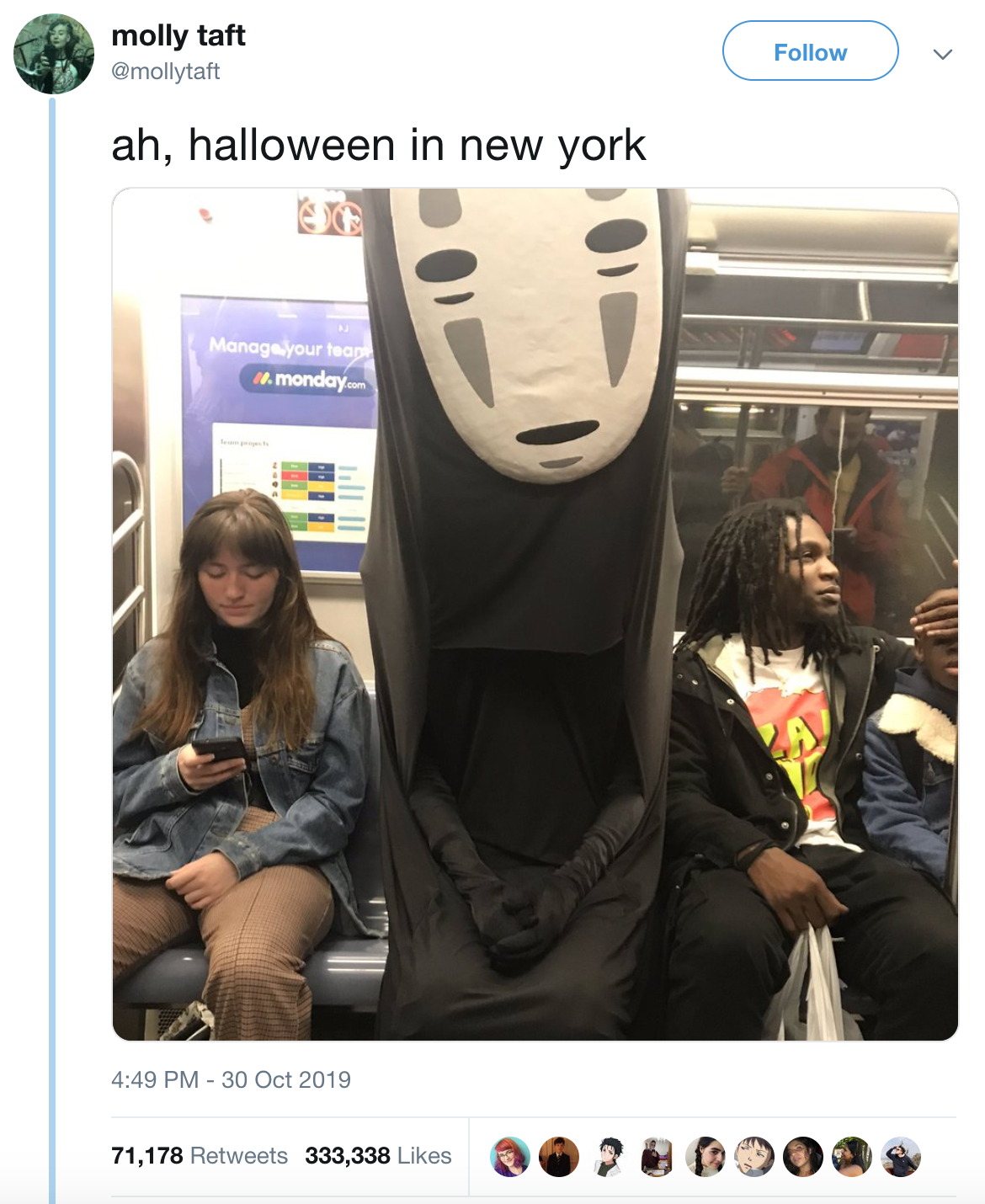 There is a bug in my mail box. That’s his house now. He is the captain. I wonder where I will get my mail.

I decided to help him out because I thought he was stuck, turns out he just likes to be upside down lmao pic.twitter.com/jJma03I9E5

A little girl with green hair chalk just asked me if my hair was dyed for Halloween. When I told her it was green year round she turned to her dad and screamed:

“YOU SAID GREEN HAIR WAS ILLEGAL AFTER HALLOWEEN! WHY DID YOU LIE?!”

my therapist just referred to her therapist as my grand-therapist . trying to process.

“Listen, this may be difficult to hear but you’re in major denial about the reality of your situation and I’m telling you this because I love you, not to hurt you” – me to the 2 year old I babysit who thinks he’s turning 5 this year.

Me when I found out I had 1.2% Italian ancestry pic.twitter.com/bIiexpcCBS

i use the WW (formerly known as Weight Watchers) program to keep track of how often i can gain and lose the same 4 pounds.

Whoever is making rorschach tests these days should mix it up so they don’t all look like my father.

You know how when a child is cranky, we always say “oh, they’re hungry” or “oh, they’re tired” and then we feed them or put them to bed, and then they’re much better?

It’s the same for us adults.

There are only four country songs: 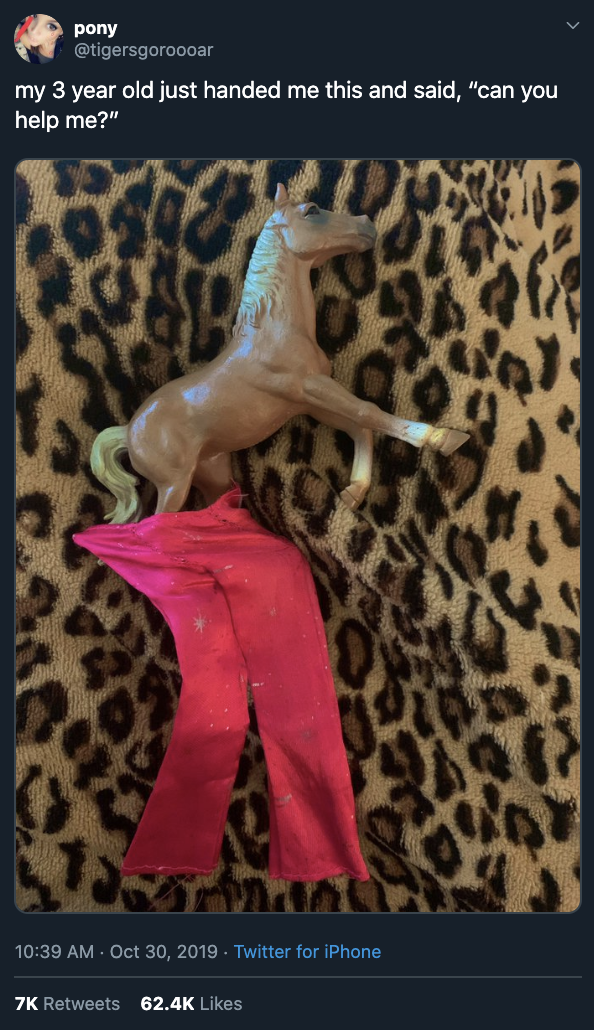