Crazy to think there were ever statues dedicated to slave traders. Rightfully so, Twitter is roasting that pulled down slave trader statue. He shouldn’t have been standing there. That statue was asking for it.

If the statue didn’t want to get hurt, why was it at a protest? 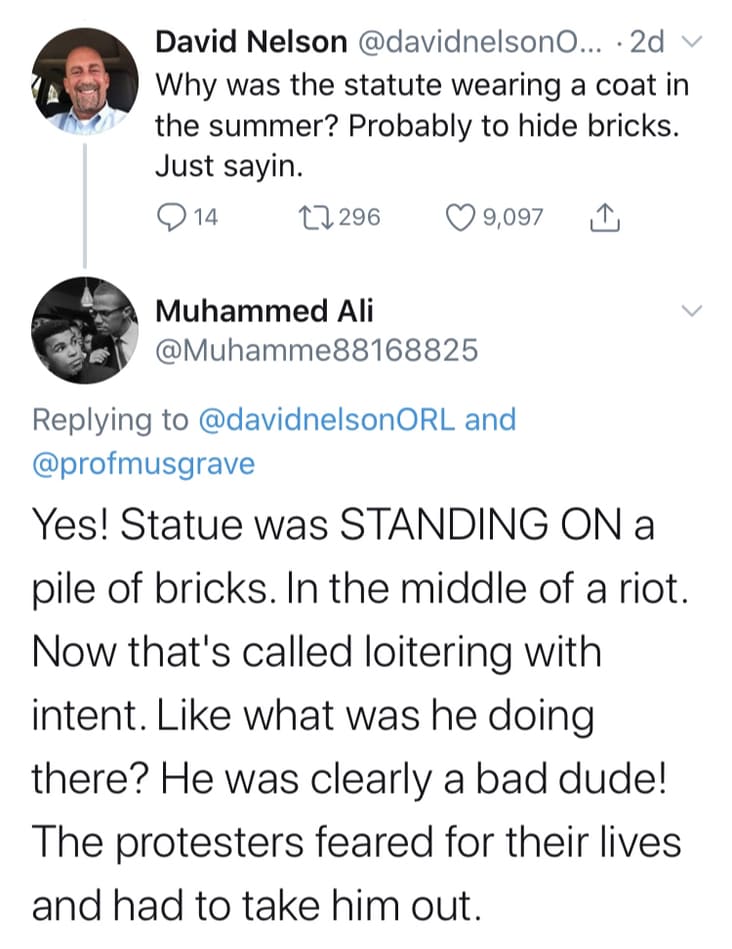 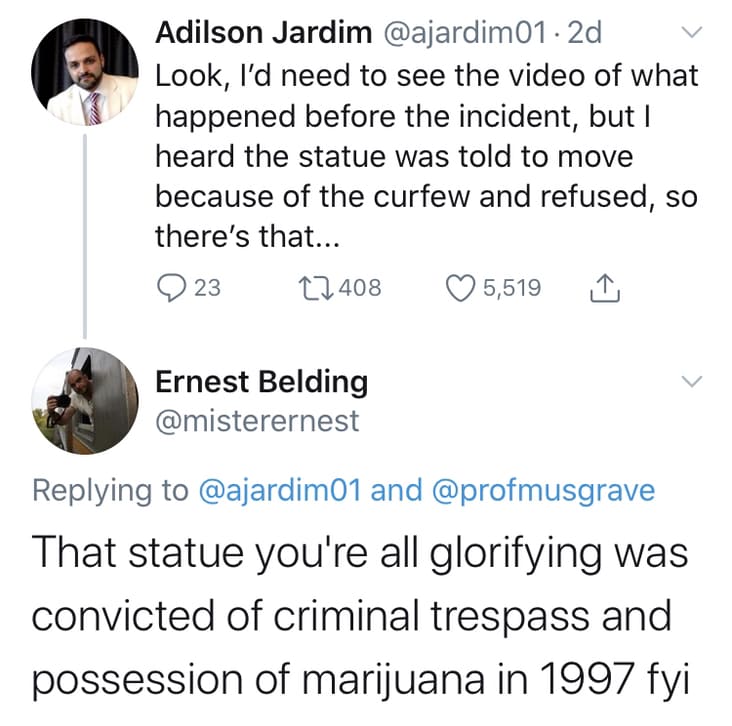 I saw it checking out an unfinished house one time. 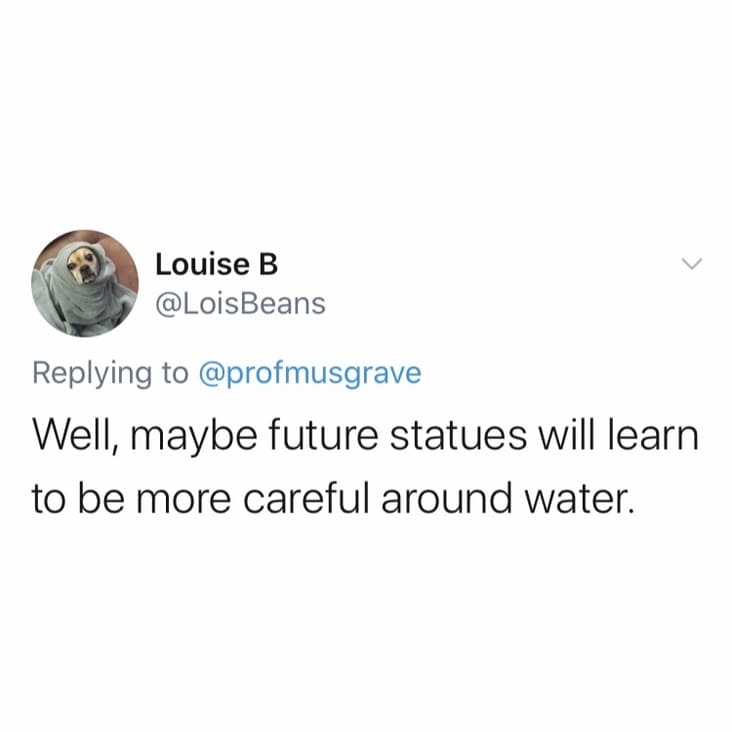 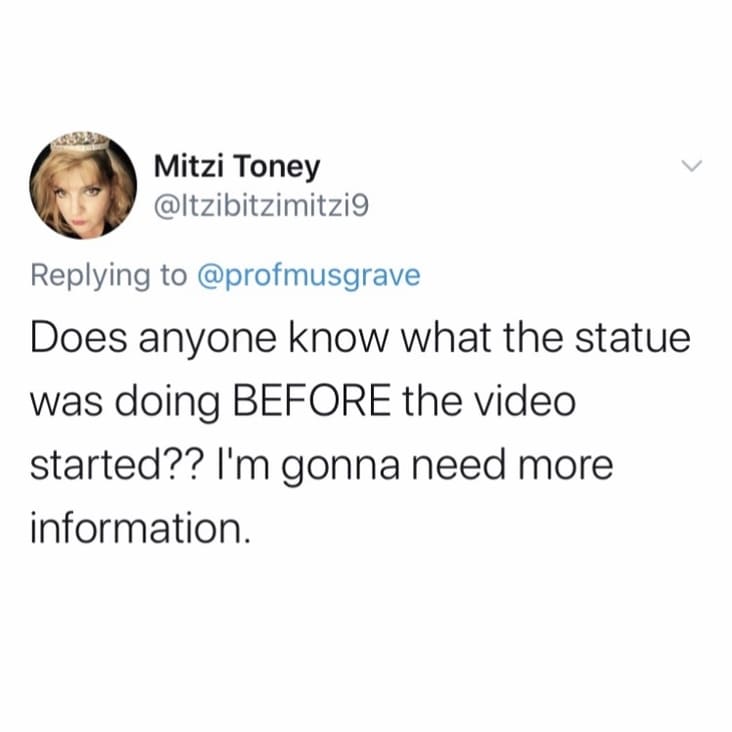 Statue Was No Angel—Why Was It In A Bad Neighborhood? 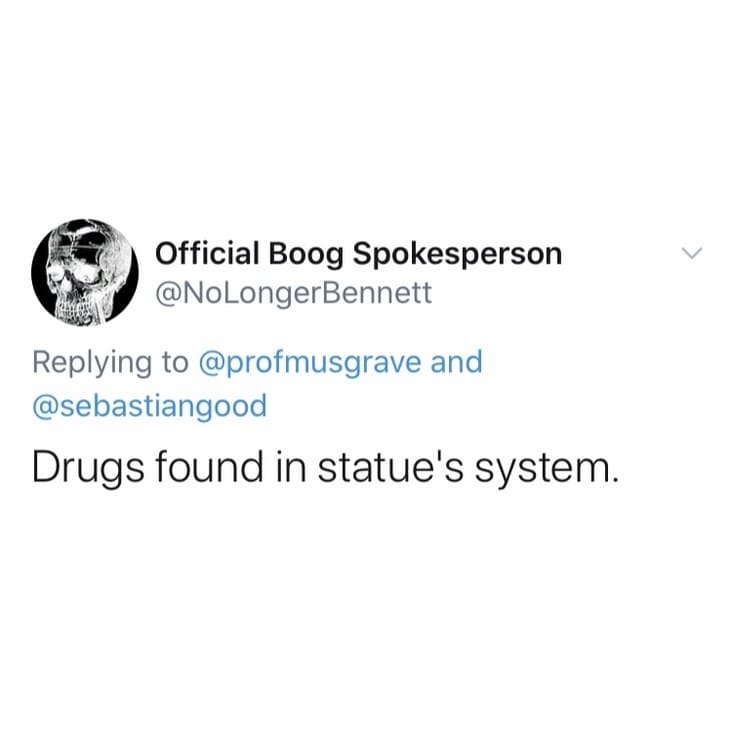 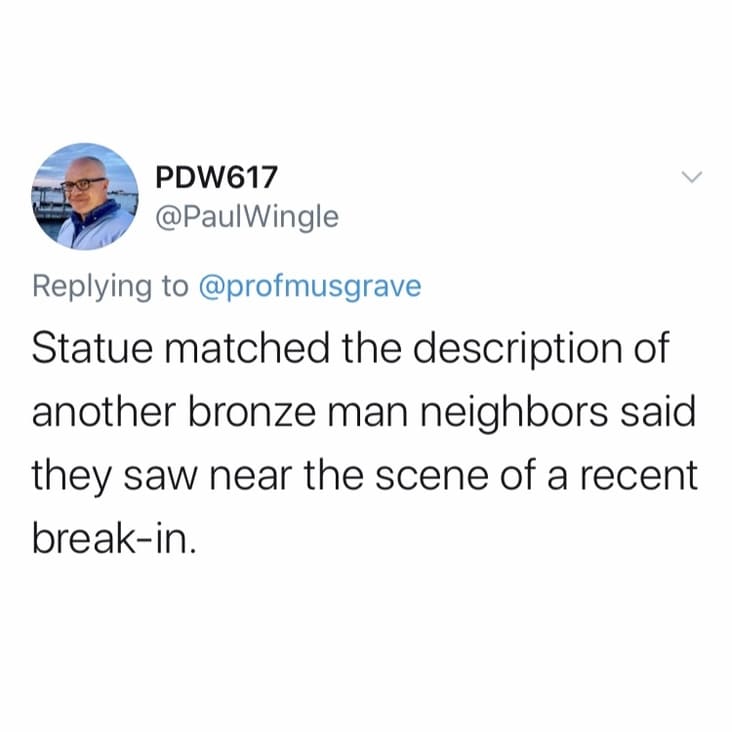 Statue appeared to have a weapon in its pocket.

According to the preliminary tox screen the deceased had high levels of lead in his system. This was a contributing factor in the deceased’s drowning. 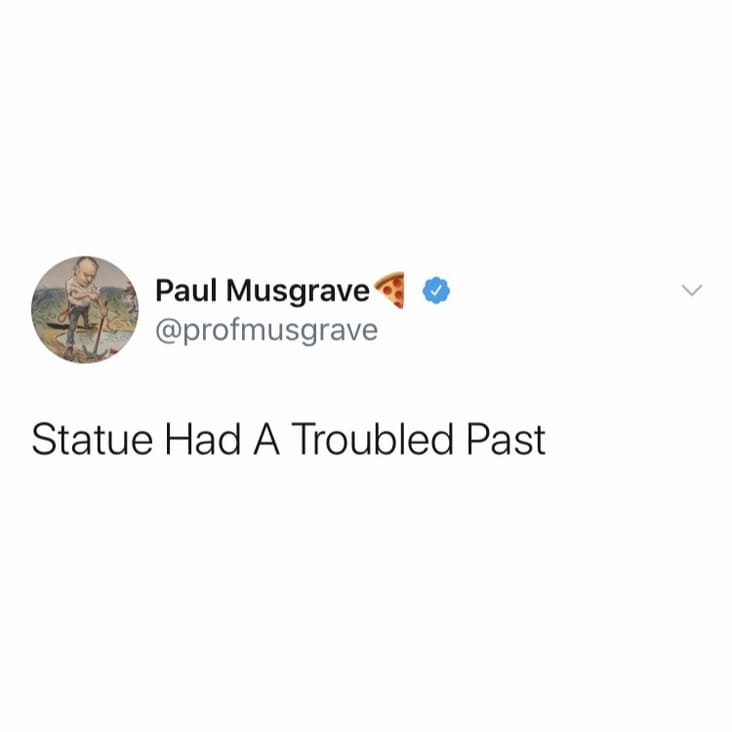 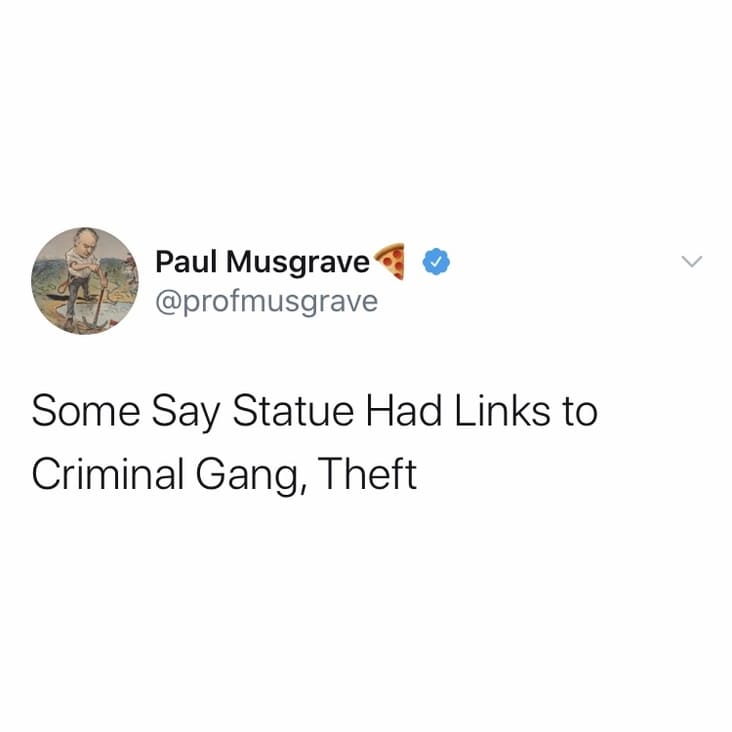 Statue failed to comply, protestors feared for their lives. All cell phone cameras appear to have been off during altercation.

Statue was selling loose cigarettes from a box without the proper tax stamp. 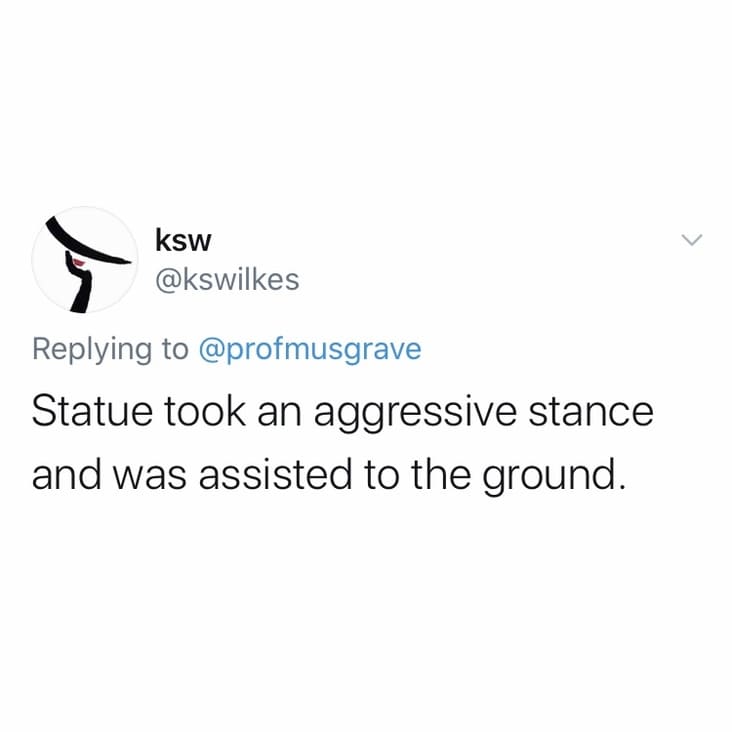 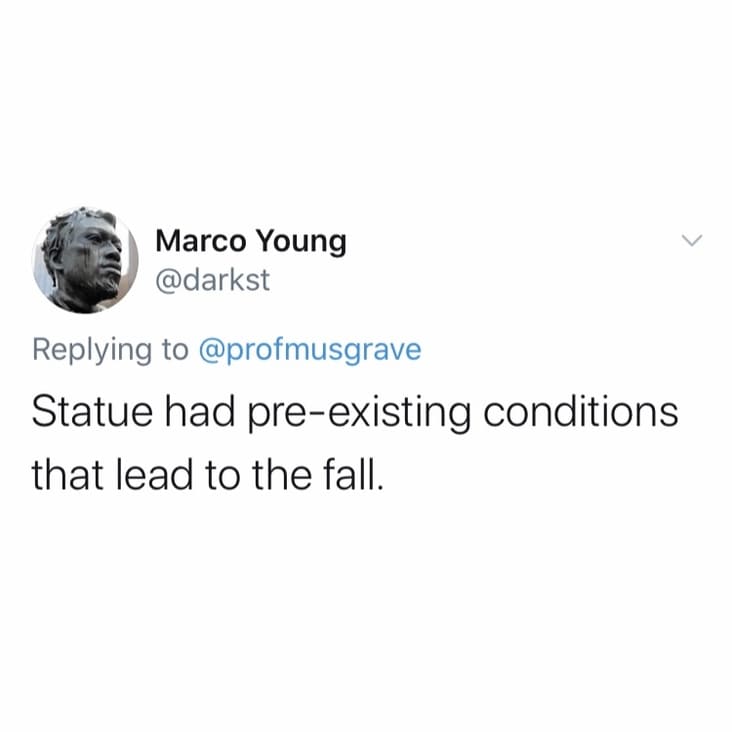 Statue looked suspicious. Why was it wearing that loose fitting jacket

We shouldn’t memorialise the statue; after all he had a long run of previous convictions – he was a career criminal. 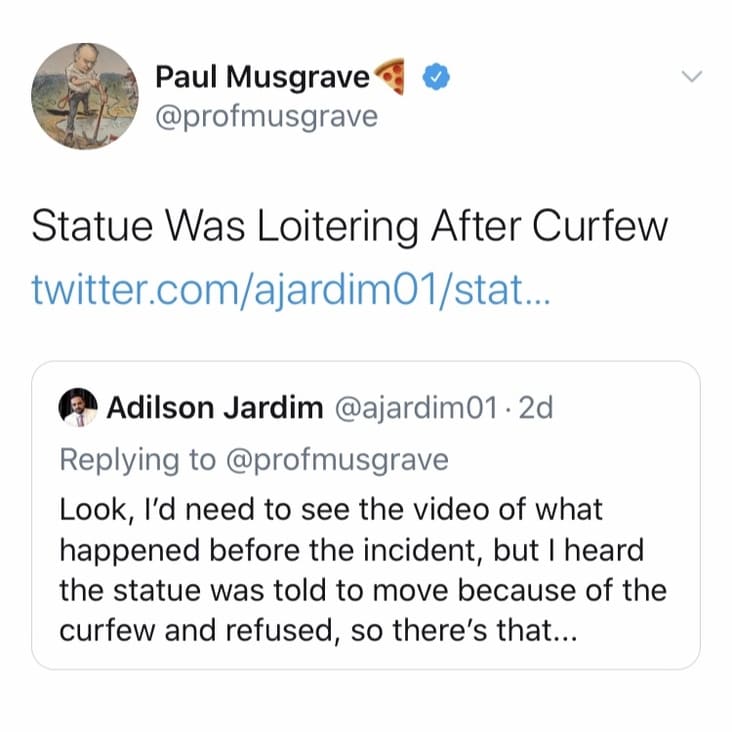 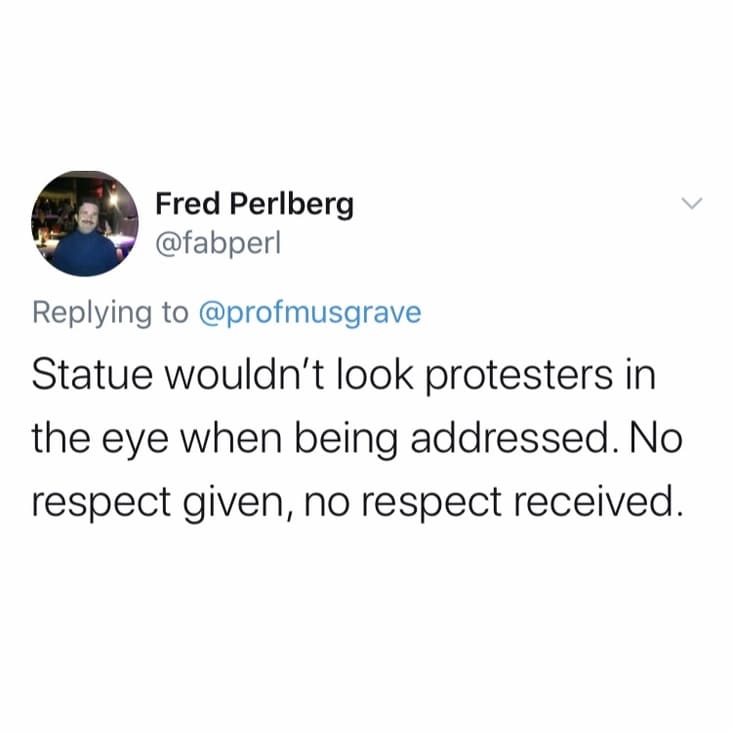 You think I had it easy? I had to work hard for all that I have. That statue could have pulled itself up by it’s bootstraps instead of looking for a handout. 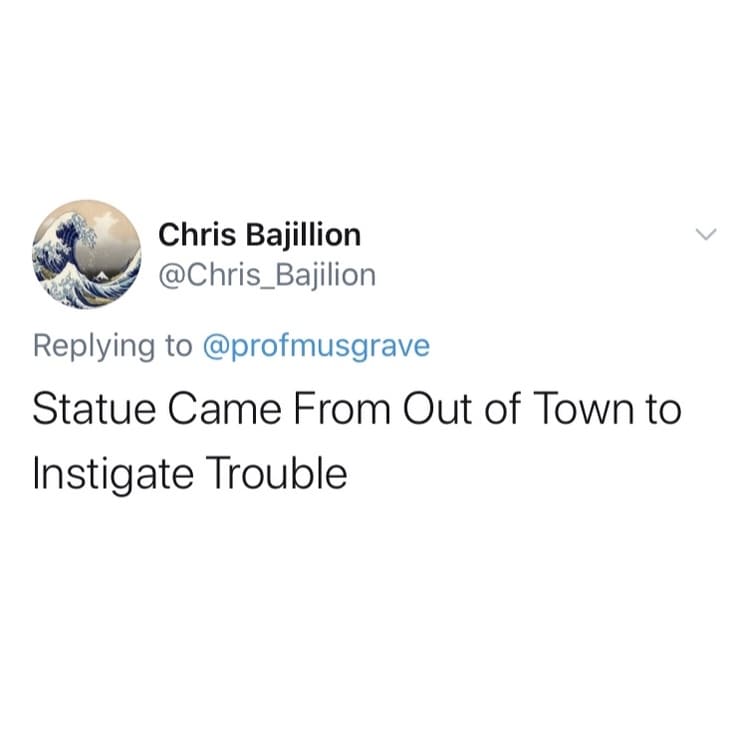 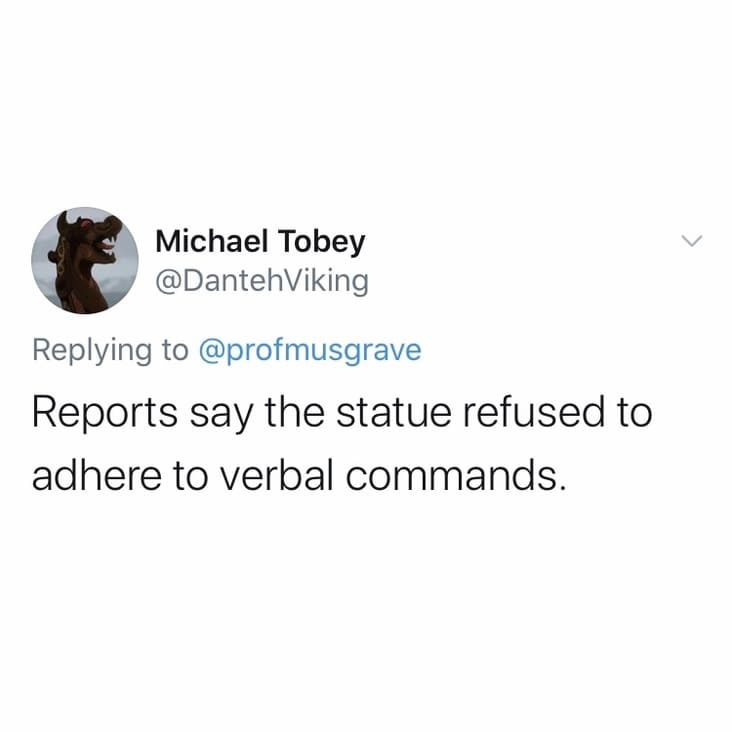 Statue had gum, but no receipt for it. 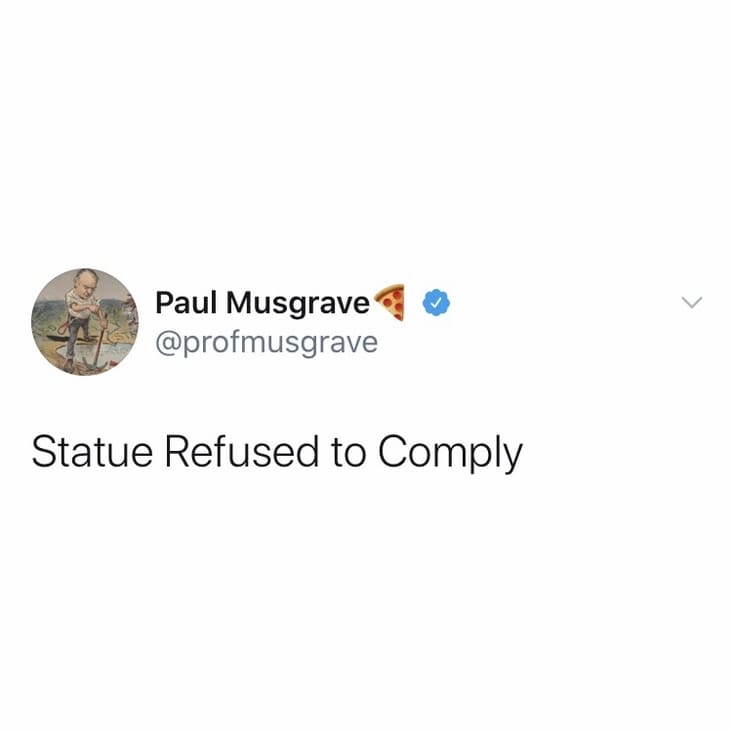 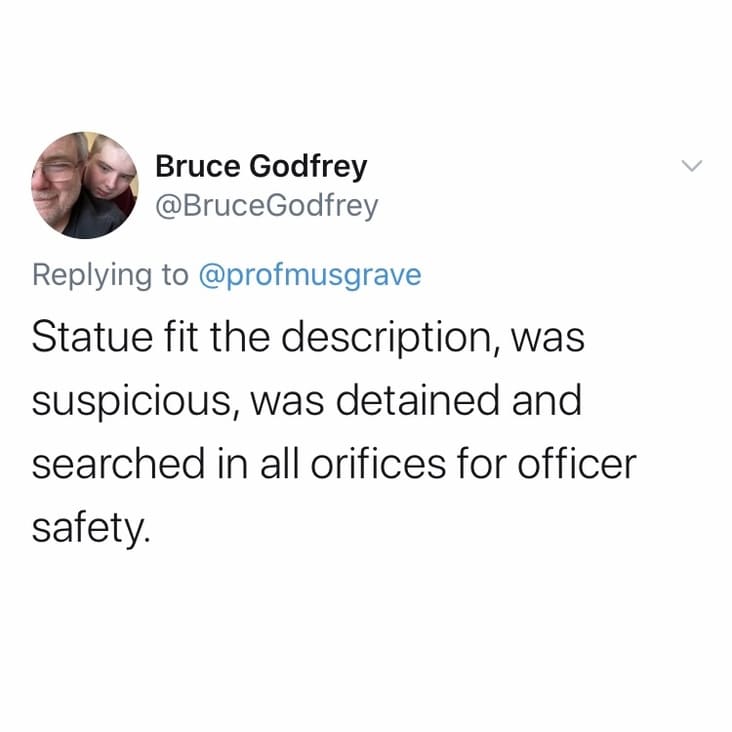 2 protesters have been suspended, pending an investigation.