The advances in technology over the last few decades have been so rapid it’s hard to even keep track. That’s how we end up with things like these. Dr. Ian Malcolm said it best: “Your scientists were so preoccupied with whether or not they could, they didn’t stop to think if they should.” 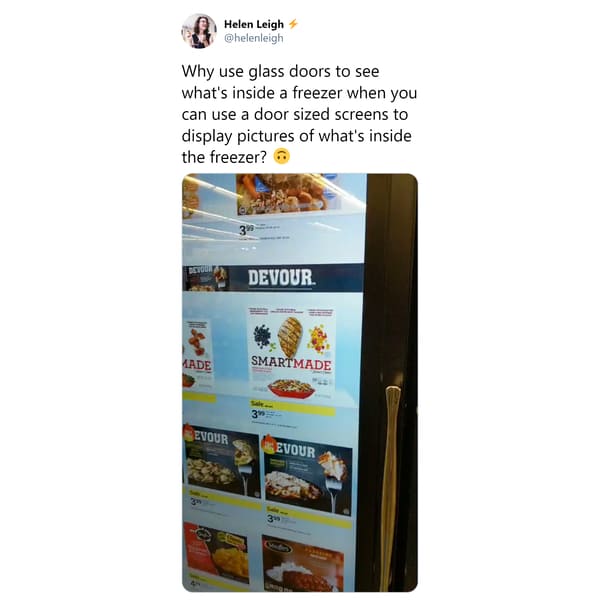 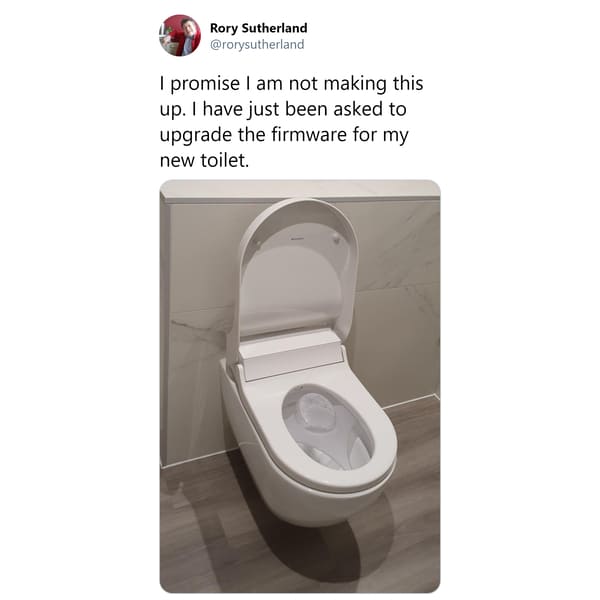 Getting DDoS’d by my cats – whose dumb idea was this cat flap? pic.twitter.com/bRDWyJYr1o

My dad showed me how his Keurig has what is basically DRM and I immediately thought of @internetofshit. He circumvents it by literarily taking a used lid and placing it over the imposter. pic.twitter.com/nm8WWJqgEF

When you really want a cold drink but first need to debug a Security Certificate of your Samsung fridge. @internetofshit pic.twitter.com/o2ymgpeO3q

Just opted out of a McDonald’s ad on a TV I paid over a thousand dollars for. @internetofshit pic.twitter.com/q2STy45rYI

when you have to stomp out the face in the snow so your surveillance camera stops texting you @internetofshit pic.twitter.com/hW2vJmXGhD

This self-driving garbage can remembers to take the trash to the curb for you https://t.co/b3zzROcSfT pic.twitter.com/zrnL0WQCDh

me when my phone dies pic.twitter.com/KygdjBkv2d

Hhjbbgggkkhhh how can you fuck up designing a water-cooler this bad pic.twitter.com/ryM0xWvlEn

“It’s an electronic fork that lights up and vibrates when you are eating too fast.” ⚠️ pic.twitter.com/amC3dBot1P

My grocery store got a robot that is supposed to monitor the aisles, but it can’t get to the aisles because people just stand around staring at it.

Working on a new dish but I ha e to wait! Because the blender is updating the software…..cooking used to be easier…..😈😳😘😎 pic.twitter.com/ksnZUDIFGZ